Shared interests have strengthened ties between Guyana and Mexico 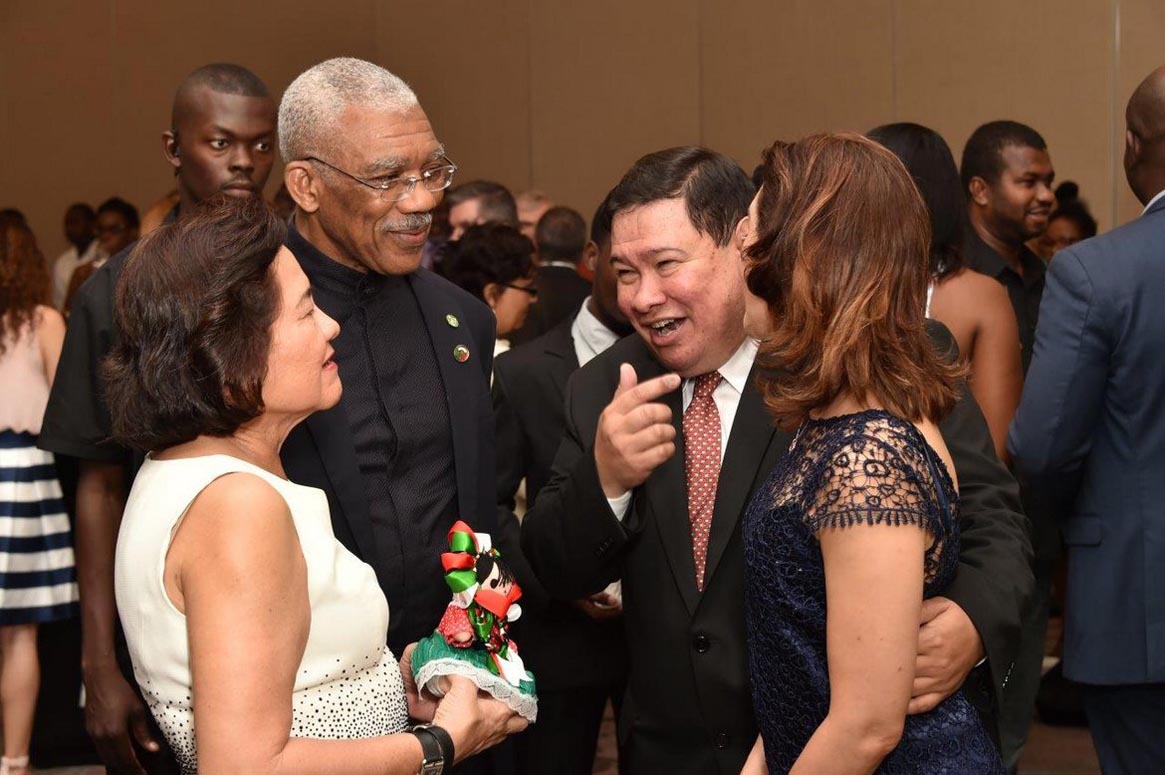 Georgetown, Guyana – (September 15, 2016) Guyana and Mexico may differ significantly in population and size, but President David Granger said that it is the shared interests that have strengthened the bilateral relations between these two countries.  The Head of State made these remarks during his address, this evening, at a cocktail reception held to mark the 206th Independence of the United Mexican States at the Marriott Hotel Guyana.

“We have demonstrated that a small South American State and a large North American State can find common ground and can enjoy mutual benefits in their relations,” President Granger said. The Head of State added that Guyana and Mexico Share common values such as mutual respect for each other’s territorial integrity and sovereignty, mutual non-interference in each other’s internal affairs, cooperation for mutual benefit, respect for treaties and international law and the maintenance of international peace and security.

Additionally, the President said that the two countries also share a common desire for peace and security in the Caribbean basin. “The maintenance of the Caribbean as a zone of peace is vital to the economic interests of both Republics. Instability in the Region will harm the economies of the respective countries, deter investments, diminish economic growth and degrade development,” he said.

The deepening of the integration process in the Caribbean is also high on both nations’ agenda, the President said, adding that the two states continue to cooperate at bilateral, regional and international levels in this regard. “Guyana looks forward to working in regional and hemispheric associations to ensure greater respect for the territorial integration and sovereignty of states to assert the primacy of international law and to promote the peaceful settlement of disputes,” he said. 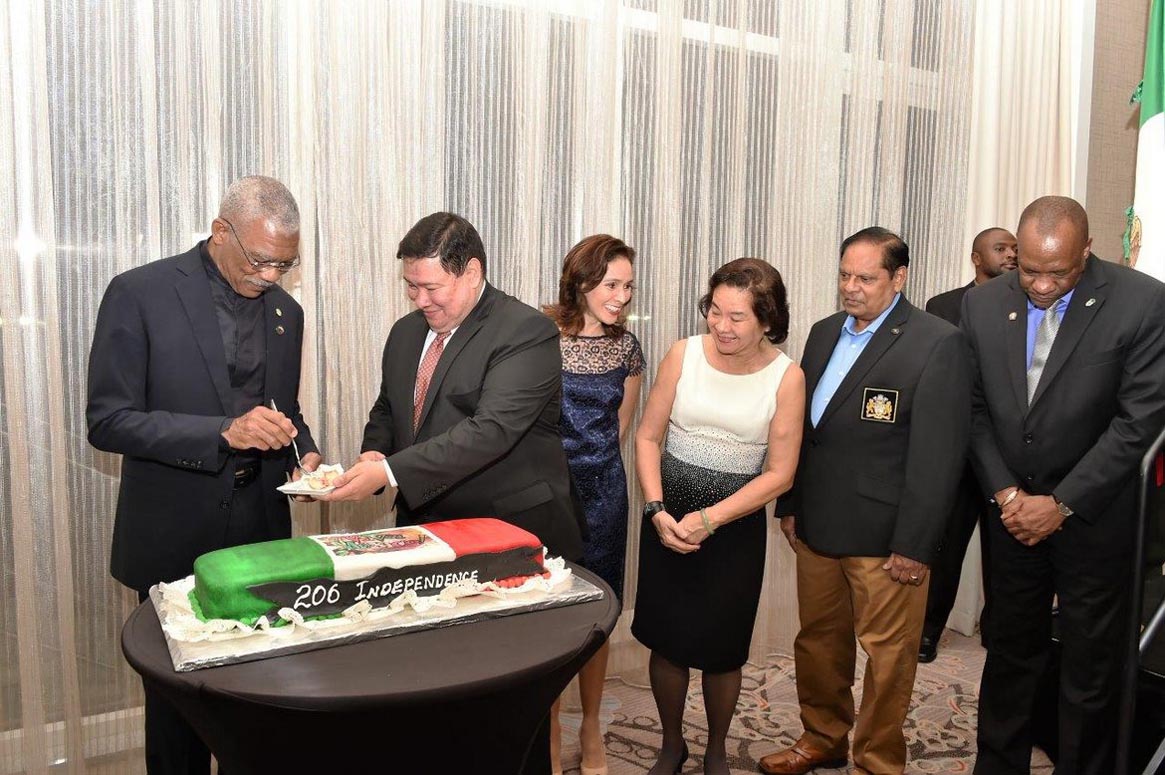 Sustainable development is also another area of shared interest, particularly in the field of renewable energy, President Granger said. “We have observed, with keen interest, Mexico’s successes in adapting sustainable energy sources. Guyana through its green agenda has similar objectives and ambitions. We look forward to increased co-operation between Guyana and Mexico in their common quest to ensure the greater use of cleaner and renewable energy resources,” he said.

Meanwhile, Mexican Ambassador to Guyana, His Excellency, Ivan Roberto Sierra-Medel, remarked that significant progress has been made in three key areas of bilateral relations, which were highlighted by President Granger at last year’s Independence celebration: regional security, climate change and food security. In the area of regional security, he noted that representatives from Guyana have since benefited from security-related training initiatives hosted in Mexico within the last year. 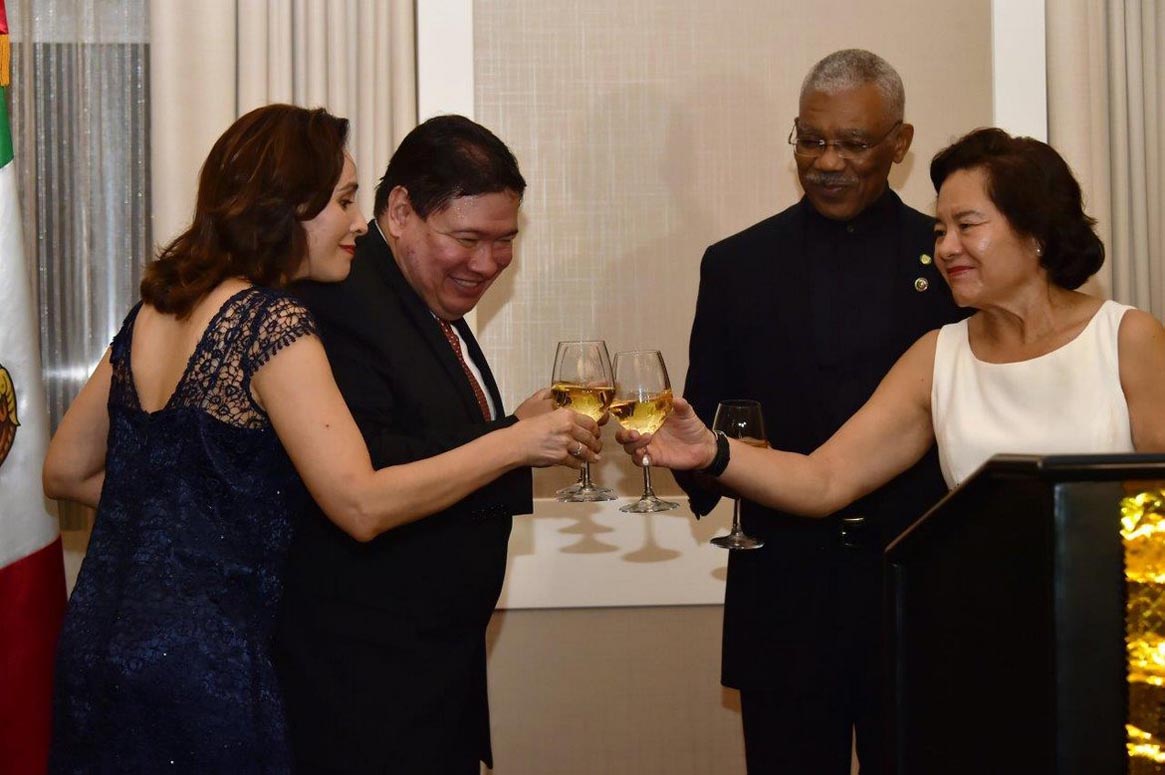 In return, representatives from the Institute visited Guyana to begin bilateral collaboration in the areas of energy. And in the field of food security, a relevant agenda is taking shape, he said, adding that the two countries are working closely in the looking to implement improvements in Guyana’s paddy and coconut sectors.

Ambassador Sierra-Medel noted that outside of these areas of interests, a number of Mexican agencies are keen on expanding cooperation with Guyana in the areas of education, sustainable development, information communication technology, among others. “As we move ahead in capacity building and the bilateral promotion of business, I would like to suggest that the concrete actions that our shared benefits have achieved lay the foundation for further collaboration,” he said.

Guyana and Mexico established diplomatic ties on March 1, 1973 and the country has a permanent embassy here.