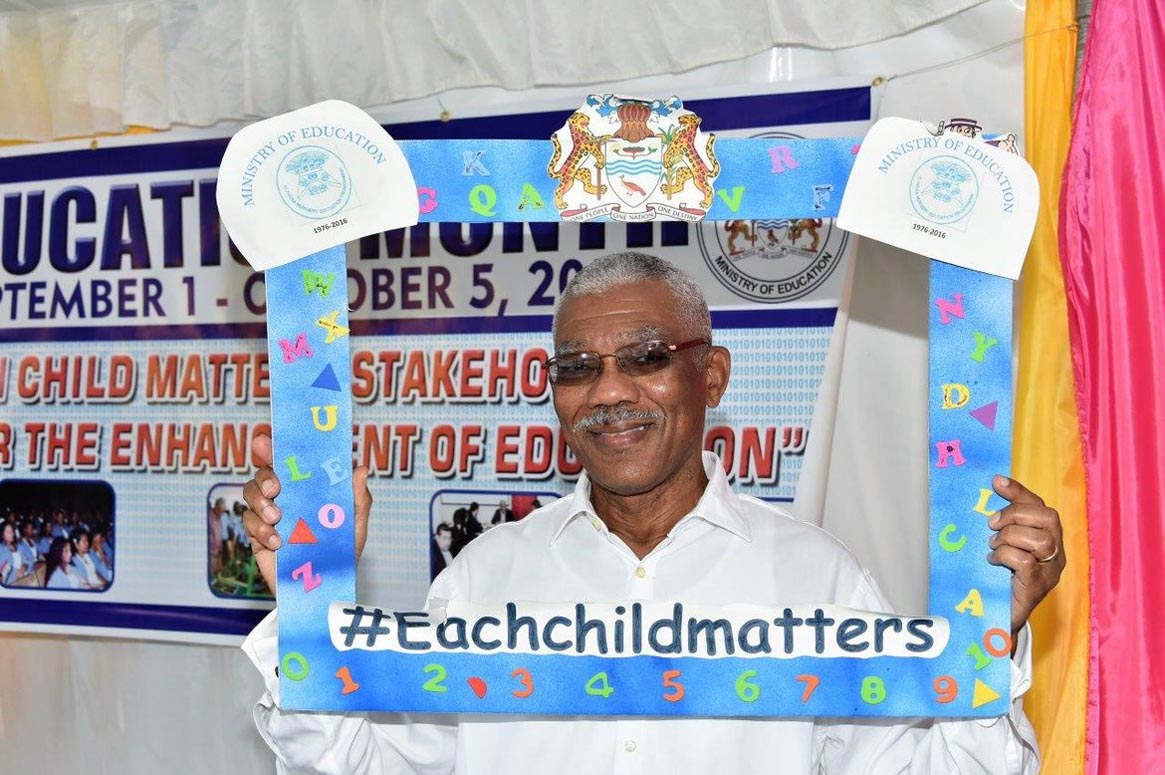 Georgetown, Guyana – (September 16, 2016) President David Granger, today, said that Guyanese children must become ‘A’ students, which means that they must have access to education, they must attend school regularly and they must strive to attain the highest possible level of education. The President made these remarks at the Education Month Rally, held at the D’urban Park. The rally, which was organised by the Ministry of Education, is part of the calendar of activities in observance of Education Month 2016. The Head of State also declared the second Friday of September as National Education Day in honour of the students of Guyana.

Referencing William Ralph Inge who said that “The proper time to influence the character of a child is about one hundred years before he is born”, President Granger explained that whatever children are exposed to at home and in their communities will have an influence on their performance in school, since education is not just about what goes on at school.

President David Granger holding up the “Each child matters” slogan

With regard to the theme for Education Month, “Each child matters: stakeholders unite for the enhancement of education”, the President said that the only way that Guyana’s children will be able to fulfil their responsibilities to themselves, their families, their communities and to the nation as a whole is if every single citizen embraces this mandate. “Each one of you is important… There are 250,000 of you and each one of you is an individual each of you matters, each one of you has a right to education. Education under our Constitution is an entitlement and we want to make sure that every child in Guyana goes to primary school and goes to secondary school and has a full education,” President Granger said.

The President said that the State too has a responsibility to ensure that each student is provided with a place in school and that each school is equipped with the resources and facilities to ensure the delivery of quality education. “As far as possible we want to provide not just more schools, but better schools, more teachers, but better teachers. We want to ensure that the school becomes an attractive and a pleasant place. We want children to want to go to school,” he said. 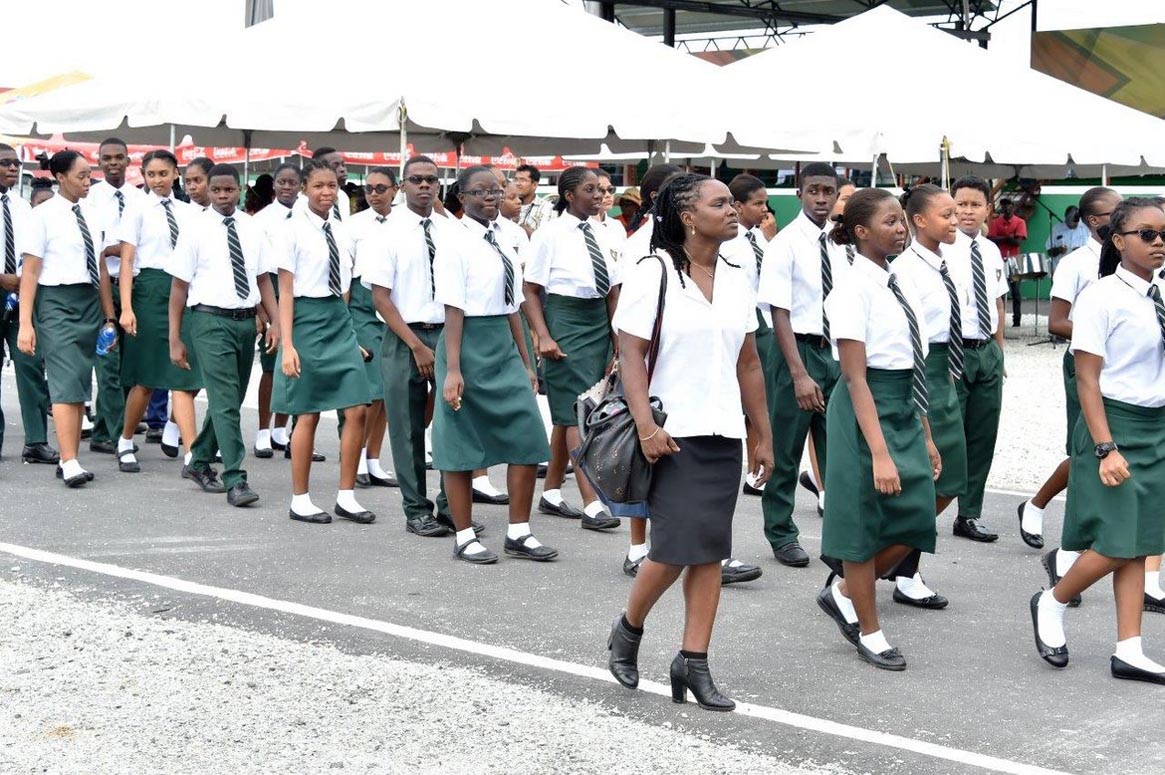 Students from schools in and around Georgetown, who participated in the rally entering D’urban Park

The Head of State also called on students and teachers to embrace the Government’s ‘green’ agenda. He explained that he wants schools to generate electricity using renewable energy, participate in sustainable development and practice responsible solid waste management.

As it relates to academic performance, the President told the students that success is the result of a process that first starts with a commitment to working hard. He also reminded of the high school dropout rate and the high percentage of children who are failing at the primary level. “Schooling is not a matter of spoon-feeding children. You have to want to learn to read, you have to want to go to school, you have to want to succeed and you cannot succeed unless you have, in your own mind, the desire to do so. We will help you, but you need to want to help yourself,” he said.

Meanwhile, Minister of Education, Dr. Rupert Roopnaraine, in his remarks, said that, “we believe that it is extremely important that we get education right…if we fail to get education right then nothing will be right. Education is at the centre of everything we do.”

He also lauded the nation’s teachers and said that their work is often underestimated since they are charged with the responsibility of educating and moulding the Guyanese of the future. The Minister also echoed a call for the strengthening of the Parent Teachers’ Associations (PTAs) to ensure that there is synergy between the home and the classroom to achieve education goals. 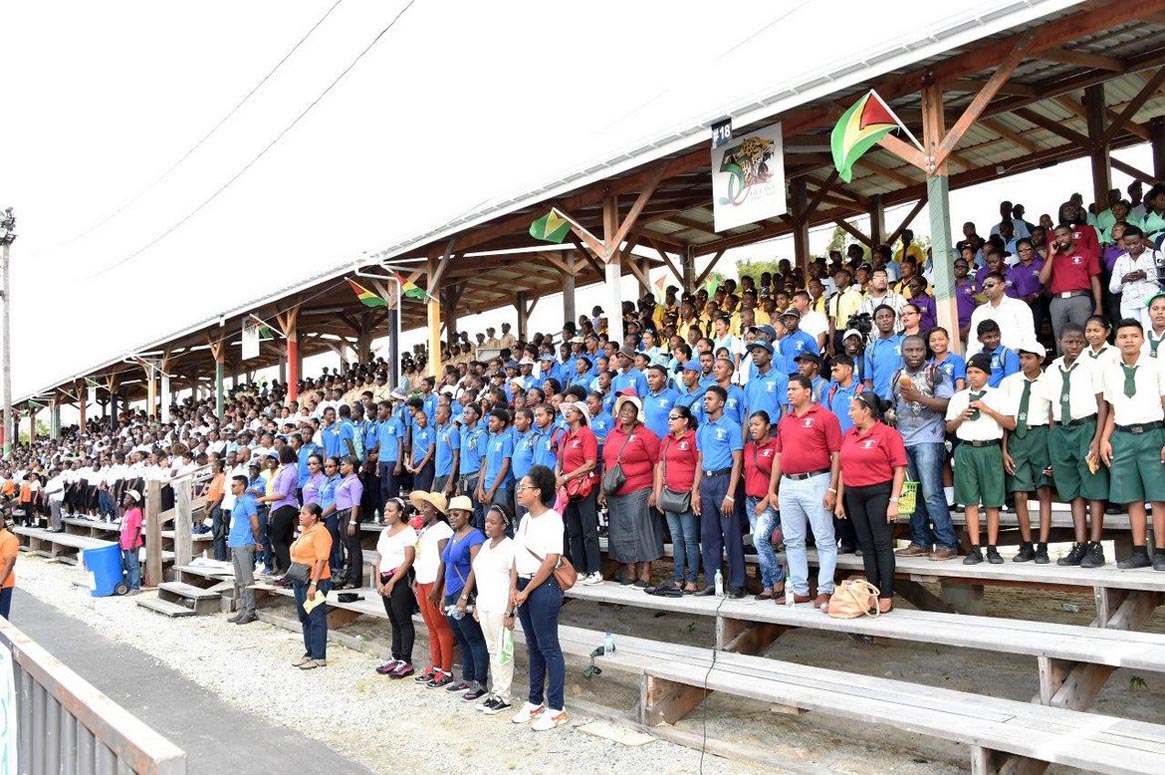 Chief Education Officer (ag), Mr. Marcel Hutson said that this rally is symbolic of the Ministry’s desire to forge collaboration among all stakeholders for the enhancement of education. He said that the time has come for Guyanese to focus on education not as an event confined to a month, but as a movement.

“Events come and go, but a movement speaks of a drive, a passion and it focuses on continuity. Our progress as a nation can be no swifter than our progress in education…Education has the ability to propel the individual and the nation out of a state of economic and moral decadence,” he said.

Shared interests have strengthened ties between Guyana and Mexico