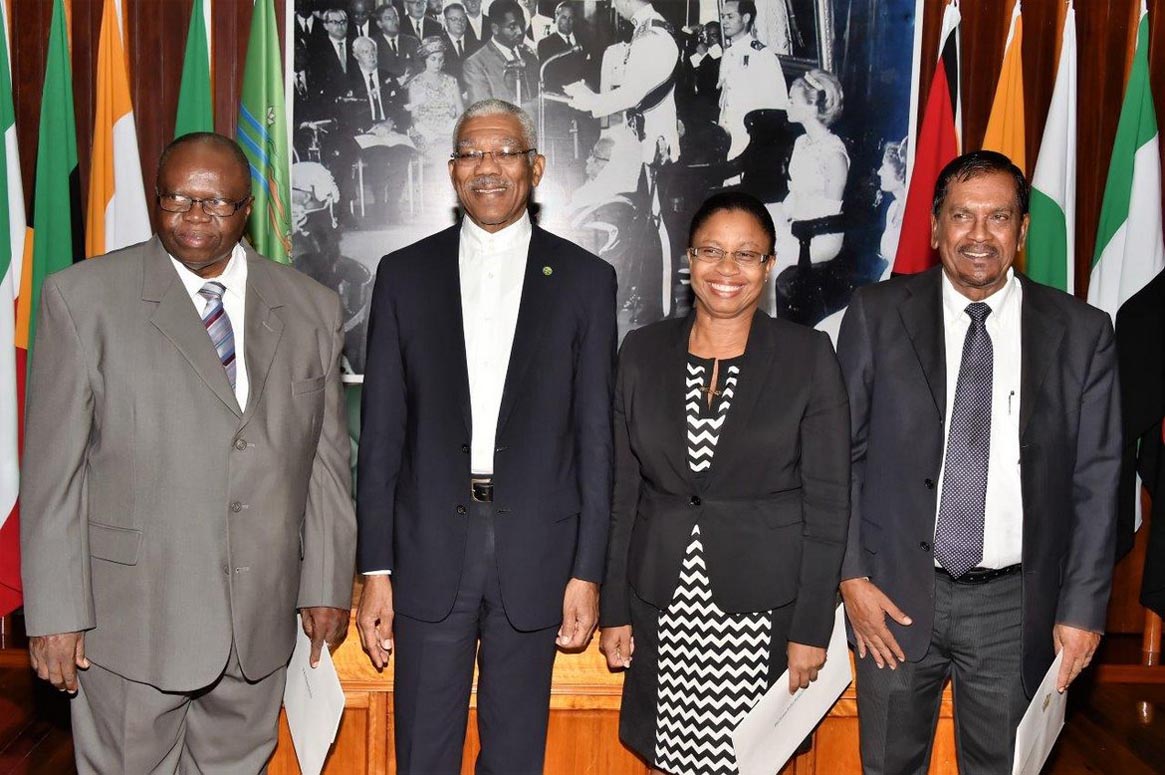 Georgetown, Guyana – (September 15, 2016) The members for the Tribunal, appointed by President David Granger to inquire, investigate and recommend whether Mr. Carvil Duncan, Chairman and appointed member of the Public Service Commission ought to be removed from office for inability to discharge the functions of said office, today, took their oath of office in the presence of the President at the Ministry of the Presidency.

The Tribunal will be led by Justice Roxanne George-Wiltshire, while Justice (ret’d) Winston Patterson and Attorney-at-Law, Mr. Robert Ramcharran will serve as members. The Tribunal will commence work immediately and is expected to render its report, findings and recommendations to the President on or before Monday, October 31, 2016.

President Granger, during brief remarks, thanked the members for taking on the important responsibility, adding that the establishment of the Tribunal represents the commitment of his administration to due process. “We are obliged that when matters are brought to our attention that the response should not be hasty, arbitrary or whimsical, but that we follow the Constitution in spirit and in letter and this is what we are doing today… What we are doing is assuring the public that Guyana is a well-run Republic,” the President said. 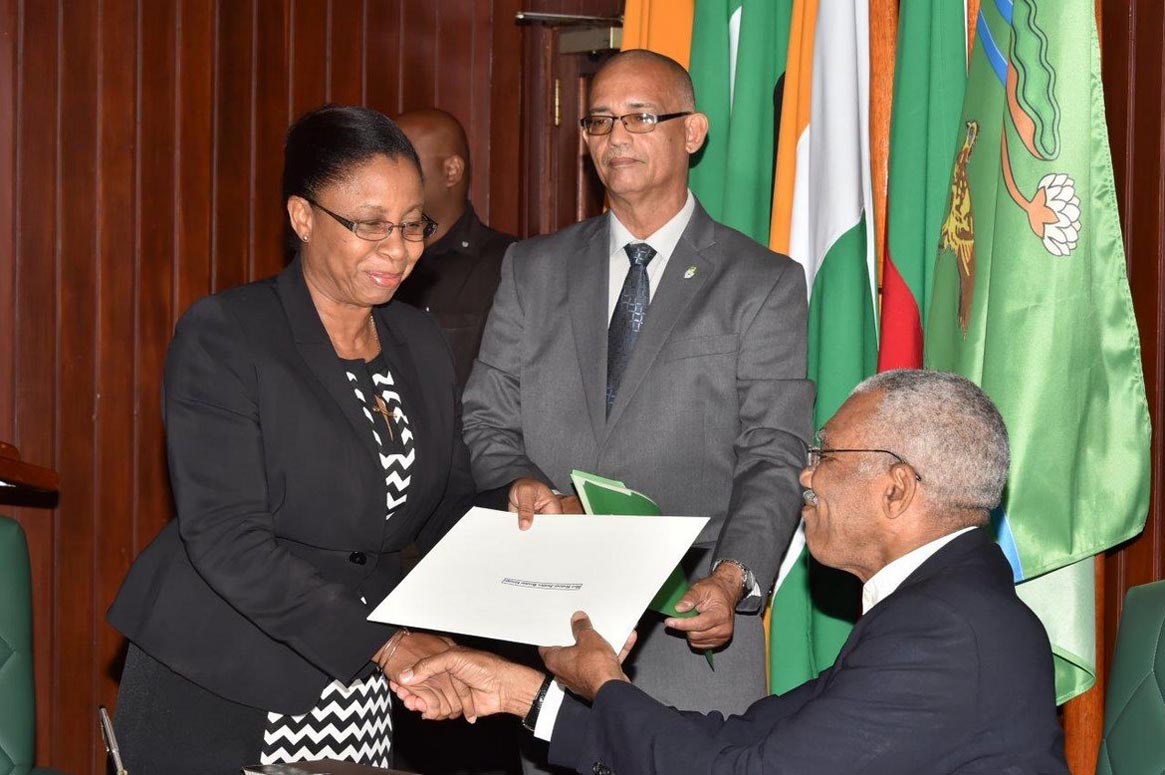 President David Granger presents the Instrument of Appointment to Justice Roxanne George-Wiltshire, Chairperson of the Tribunal

Mr. Duncan is currently facing charges of fraud following findings that he paid himself approximately $1 million and allegedly conspired with Deputy Chief Executive Officer (DCEO) of the Guyana Power and Light, Mr. Aerswar Deonarine, for an unapproved transfer of approximately $27M, both sums from the PetroCaribe Fund, into Deonarine’s personal bank account.

In March of this year, Prime Minister Nagamootoo dispatched a letter to Mr. Duncan, requesting that he show cause why a Tribunal should not be established, as provided for by Article 225 of the Constitution of Guyana, to address the question of his removal from the constitutional offices of Chairman of the Public Service Commission and member of the Police Service Commission and the Judicial Service Commission. Mr. Duncan was given 14 days to respond to the Prime Minister, but failed to do so. The Prime Minister then advised the President that a Tribunal ought to be established to investigate whether Mr Duncan should be removed from the constitutional commissions on which he serves.