Rose Hall Town can lead a commercial revolution in the Region 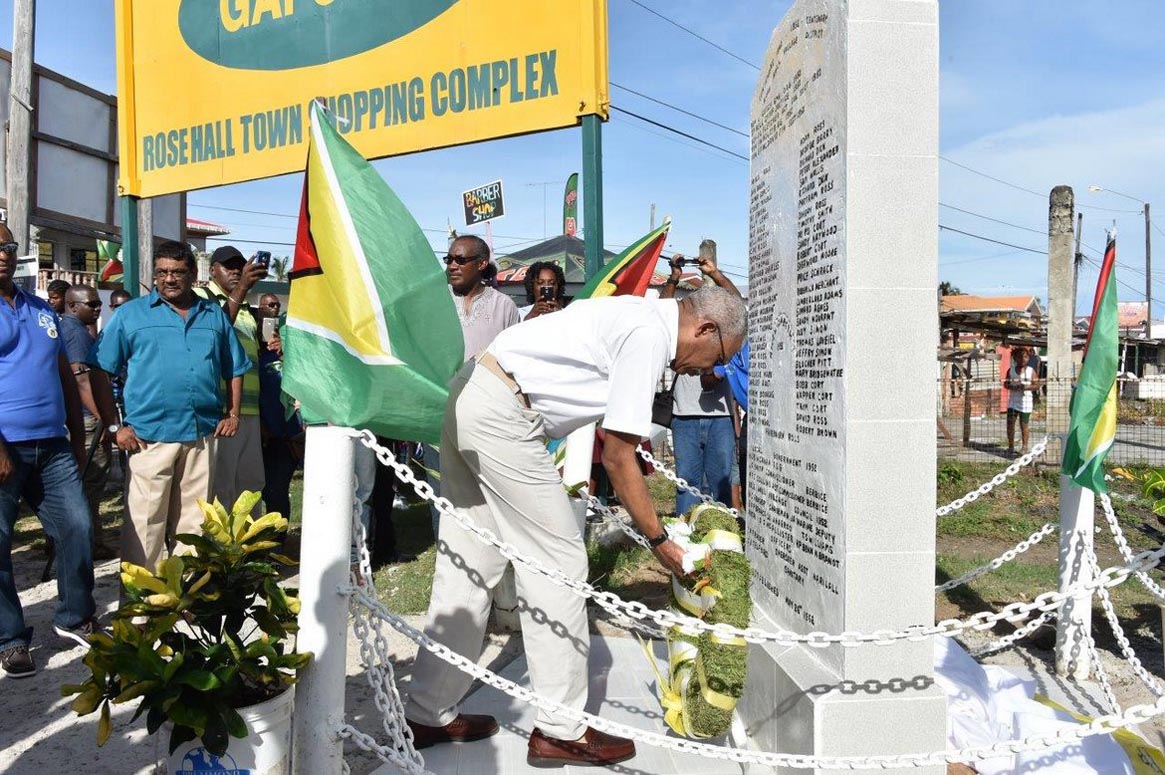 Georgetown, Guyana – (September 14, 2016) President David Granger, this afternoon, described Rose Hall Town as a “powerful commercial dynamo” in a Region with tremendous potential and reaffirmed his Government’s commitment to working with the regional and municipal authorities to ensure that it continues to develop. He also reiterated his call for East Berbice-Corentyne (Region Six) to craft a Corentyne action plan, which would propel commerce and industry.

The Head of State made these remarks at the opening ceremony of Rose Hall Town Week, an event which marks 46 years since the Rose Hall gained township status.  “This is one of the most productive Regions in the entire country… you have the productive capability. This is the only Region that touches another CARICOM State, Suriname. This Region has the potential to be the commercial hub,” the President said.

Speaking to a large crowd at Rose Hall Arch Road, he said that Region Six, which is larger than Belgium and several Caribbean countries, has great potential and that if the central, regional and municipal governments work together, that potential can be unlocked. In this regard, the President said that Rose Hall is well-placed to lead this commercial revolution that the Region badly needs. “Central Government is behind you. I have no interest in trying to stifle the municipality. There is going to be no IMC [Interim Management Committee] under David Granger, you will have your elected representatives,” he said.

The village of Rose Hall was purchased during the village movement by 57 freed Africans shortly after the abolition of slavery and the President said the community stands today as a symbol of what ordinary men and women can do if there is cooperation. “The movement for building towns has not ended. This year alone we were able to build three new towns for the first time in 45 years because we see what Rose Hall was able to do with township status. We see that when you empower the residents, they can turn backwardness into progress and I want to see the example of Rose Hall replicated all over this country… Every single region must be headed and guided by a capital town,” he said. 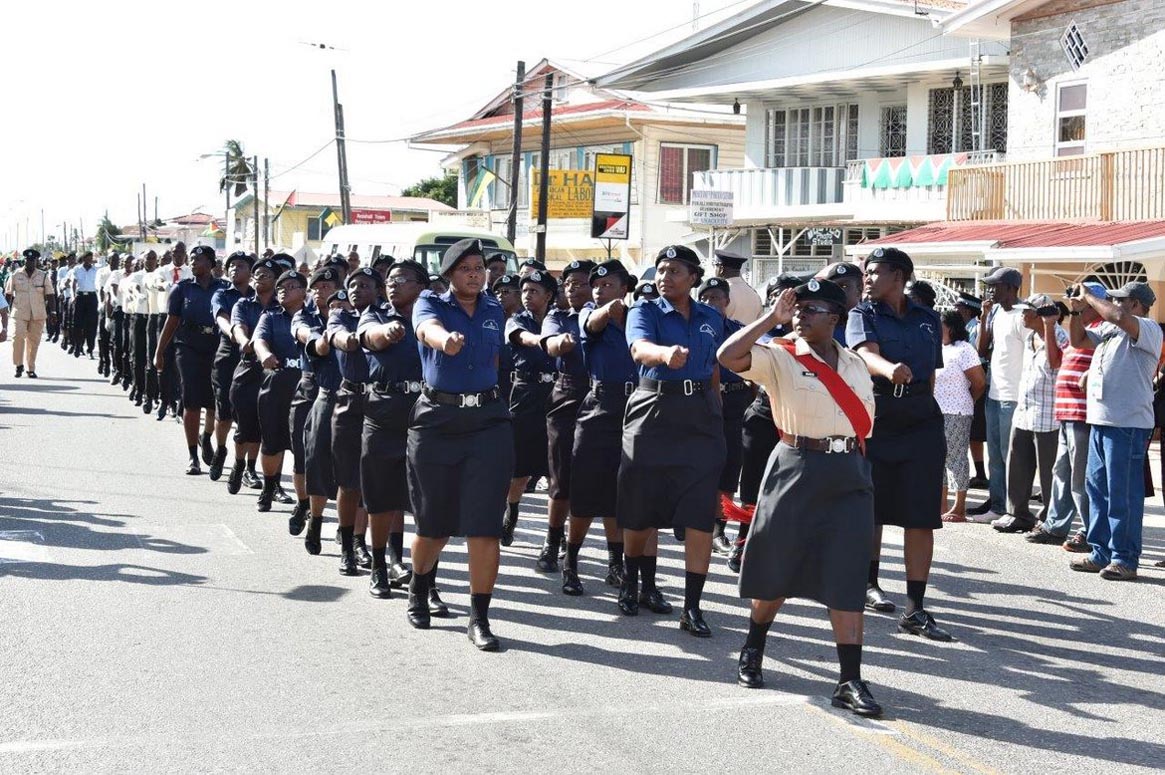 Ranks of the Joint Services during the March Past Parade

The President informed the audience that in keeping with his Government’s ‘green’ agenda, October 1  has been designated National Tree Day and urged the municipality to collaborate with the residents to plant trees in and around the town, noting that he wanted to see it transformed with shady avenues and its own municipal park.

He also emphasised the importance of education, which he said is the springboard for employment and self-sufficiency. He explained that everything that is produced in the Region can be processed, packaged and marketed but in order to do so, young people must first become educated and equipped with the ‘know how’ to utilise technology. This, he said, will also stem the rate of migration in the Region, noting that the Region is too rich in resources to have a rapidly declining population.

With regard to the high incidence of suicide and the prevalence of other social ills, President Granger called for a greater collaborative approach between the municipality, the Regional Democratic Council, the churches and non-governmental organisations. 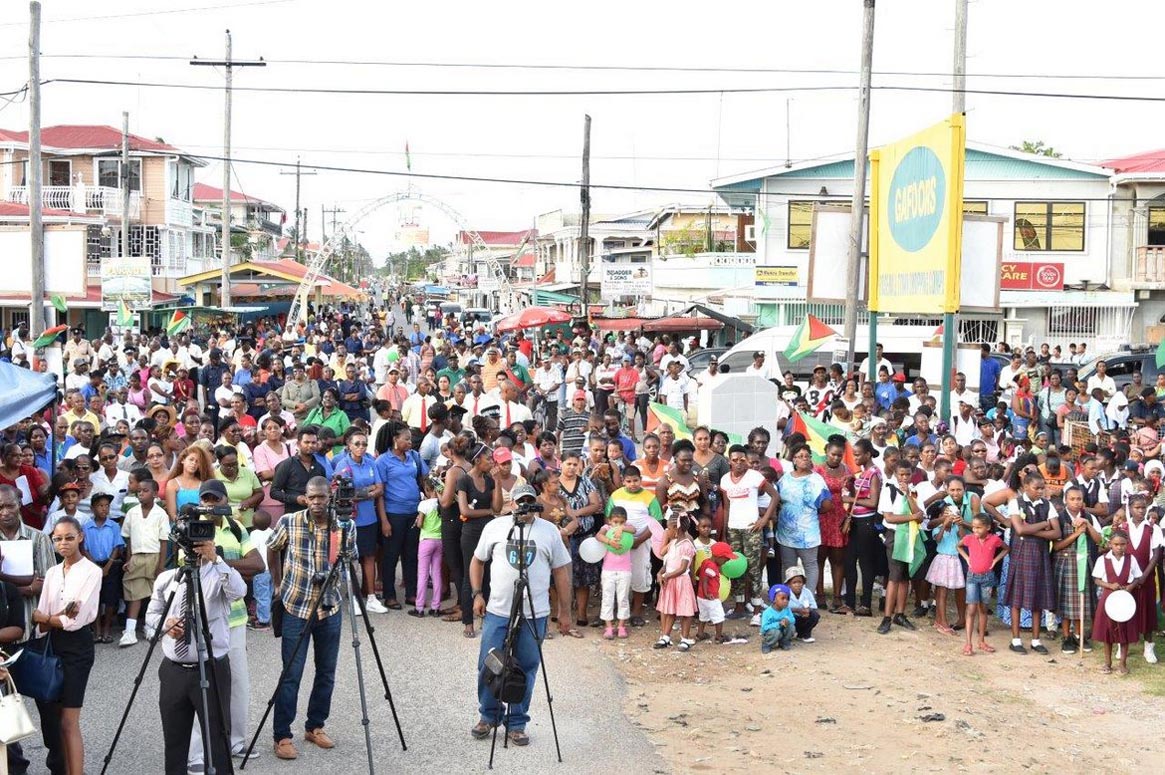 A section of the crowd at Rose Hall Town Arch Road

The President also paid homage to the 57 freed slaves who purchased Rose Hall with a wreath-laying ceremony at the refurbished Rose Hall Town Monument.

Meanwhile, Regional Chairman, Mr. David Armogan remarked that many business owners from outside of the Region travel to Rose Hall to buy in wholesale quantities. He noted that while the town is no doubt a major commercial hub, residents have a responsibility to ensure that the issue of solid waste management is properly addressed.

The week-long event was organised by the Rose Hall Town Youth and Sports Club (RHTYSC) in collaboration with the Mayor and Town Council. Secretary of the RHTYSC, Mr. Hilbert Foster informed that the celebrations are being held under theme, “Proud of our past, optimistic of our future”. The list of activities to commemorate this important anniversary includes; a health fair, a concert, several outreaches to assist the less fortunate, public exhibition, dancing and educational competitions, day of sports and the launching of a book on the history of Rose Hall.