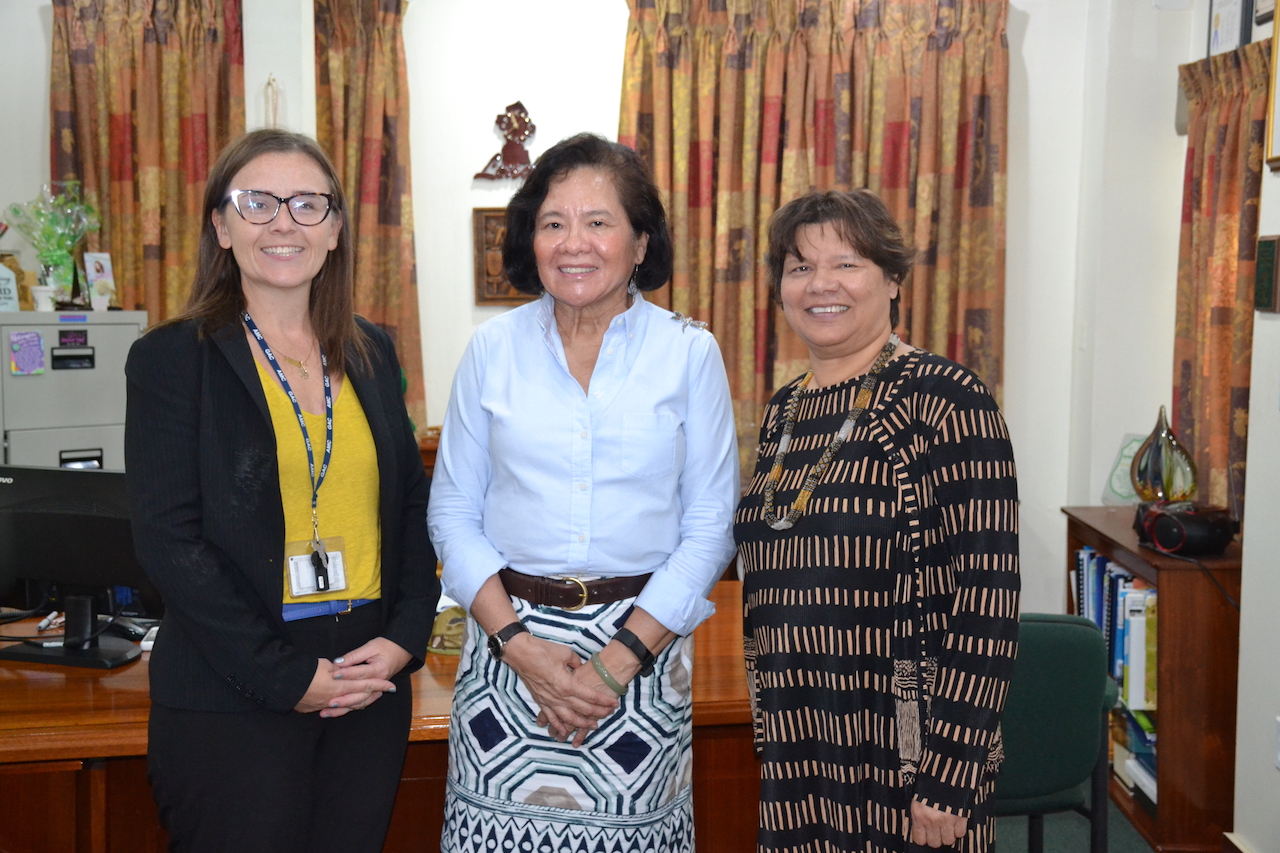 Georgetown, Guyana – (September 8, 2016) First Lady, Mrs. Sandra Granger today met, in two meetings, with Guyanese students, who have been awarded scholarships in the United Kingdom (UK) by the Commonwealth and the London School of Economics and Political Science.

Meeting first with Mrs. Granger was Ms. Mariscia Charles, who will be pursuing her Master’s Degree in Social Policy and Development with a focus on Education Policy or Social Policy at the London School of Economics and Political Science. The young woman requested the meeting before she departs to complete her course of study as her Degree is focused on areas, which aligns with the work of the First Lady.

Mrs. Granger in an invited comment said that she advised Ms. Charles to take full advantage of this new opportunity. “Be open to new experiences. This is a prestigious International University. [You should] learn, enjoy and just be open to all the experiences that [you] should have as a student,” she said.

Each year, the Commonwealth Scholarship Commission in the United Kingdom awards over 900 scholarships and fellowships for postgraduate studies to citizens of Commonwealth countries. Importantly, candidates are selected on the basis of merit and their potential to contribute to the needs of their home countries.

Leonora Diagnostic Centre to be upgraded to maternity care facility