President meets with 6-year old who wrote to him 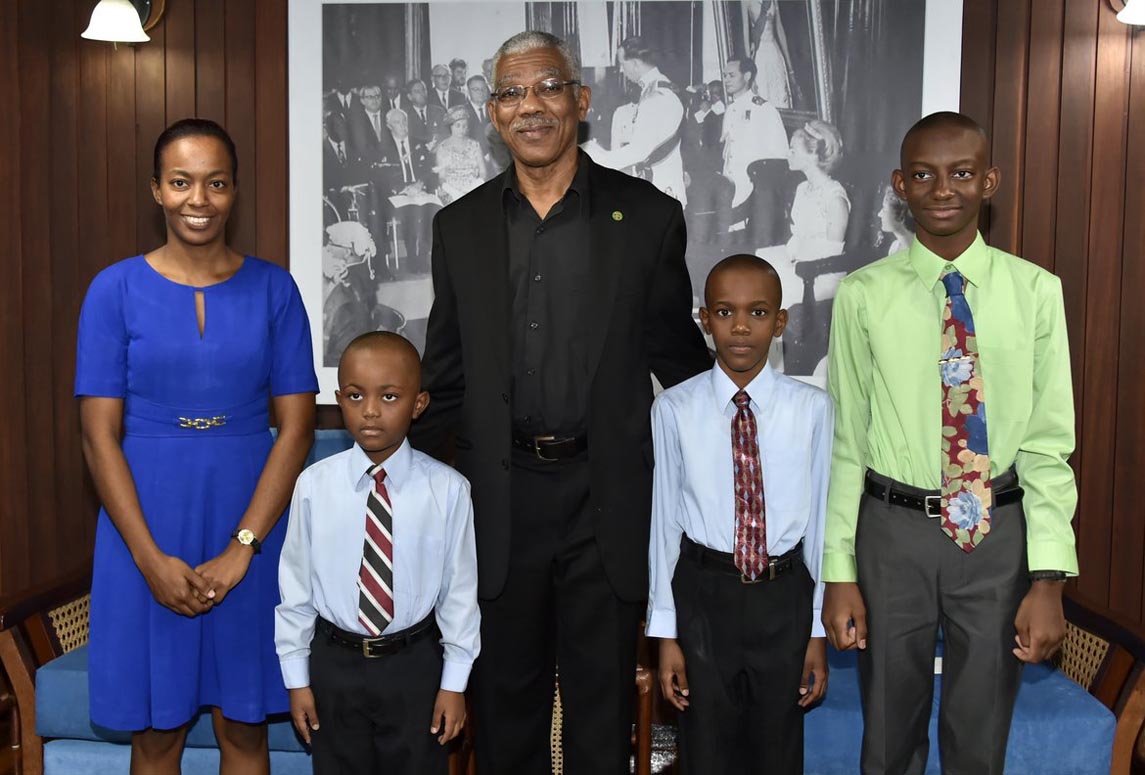 Georgetown, Guyana – (September 1, 2016) Upon the insistence of 6-year old Alex Garraway, his mother Ms. Marcia Allen sent a letter to the Ministry of the Presidency requesting a meeting with President David Granger. He even accompanied his mother to the Post Office to ensure that the letter, which he wrote himself, was dispatched.

On receipt of the letter, the Head of State readily agreed and this morning, Alex, his mother and his two brothers, Allistair Garraway and George Allen visited the President’s Office and met with him.

The President wished the children well in their studies as they prepare to commence the new school term and thanked little Alex for writing to him.