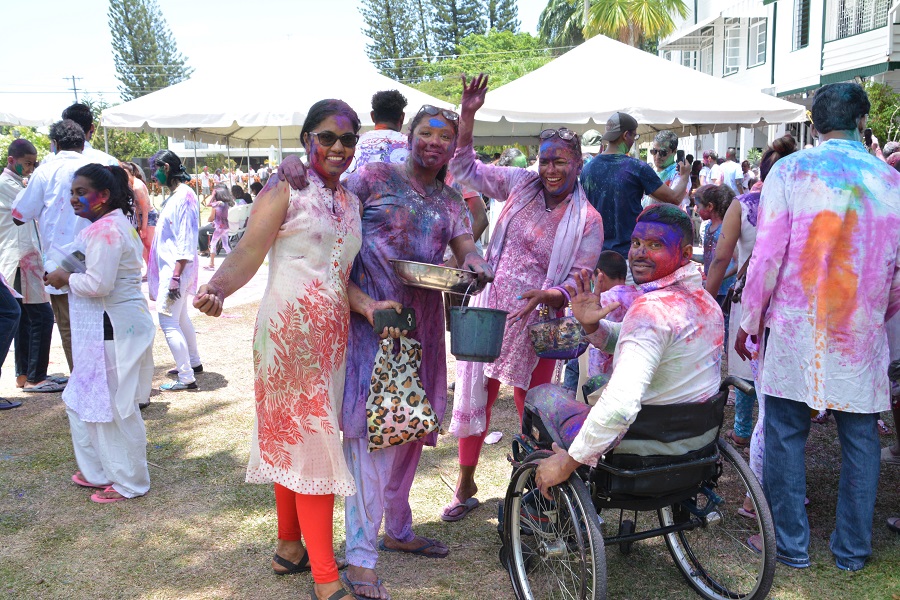 Georgetown, Guyana – (August 27, 2016) First Lady, Mrs. Sandra Granger, today applauded the Central Islamic Organisation of Guyana (CIOG) for the work it has been doing, for over two decades, to support vulnerable children in Guyana, at its annual Orphans and Vulnerable Children fun Day.

“I want to commend [the] CIOG for its very valuable work among our vulnerable citizens,” the First Lady said, in her address at the large gathering of children and distinguished guests, including Prime Minister, Mr. Moses Nagamootoo and United States Ambassador to Guyana, Mr. Perry Holloway. Children from Kamal House, the Joshua House, the Guyana Red Cross Children’s Convalescent Home and the Shaheed Girls and Boys Orphanages, their caregivers and other stakeholders assembled at the CIOG’s Woolford Avenue complex for the annual recreational event.

The First Lady was pleased that the CIOG has expanded its reach to include children from other faiths that it now serves over 500 children in Guyana. She also noted that the organisation provides support within families. “Children are left with their parents and their communities because the belief is that they do better there than in an institution, which means that Islam is also supporting the building of strong families,” she said.

The First Lady then commended the children, who have done well at their National Grade Six Assessment (NGSA) and the Caribbean Secondary Education Certificate (CSEC) exams. “It is important that you know that you are recognised as valuable people, as valuable citizens and that… you have people that care about you and who are interested in your growth and development… I want to congratulate those who have completed their CSEC and Grade Six exams and those who are continuing to go through the system, entering and completing their tertiary education with support from CIOG,” she said.

Meanwhile, Prime Minister Nagamootoo said the event is a demonstration of the Muslim community’s dedication to serving the underprivileged. He lauded the organisation and other supporters for taking on this “great humanitarian task” of taking care of children, who are disadvantaged. “It is a tribute, generally, to the Muslim community and organisations that they have taken, initially, a bold step to accommodate children, who might have lost one or both parents,” he said. 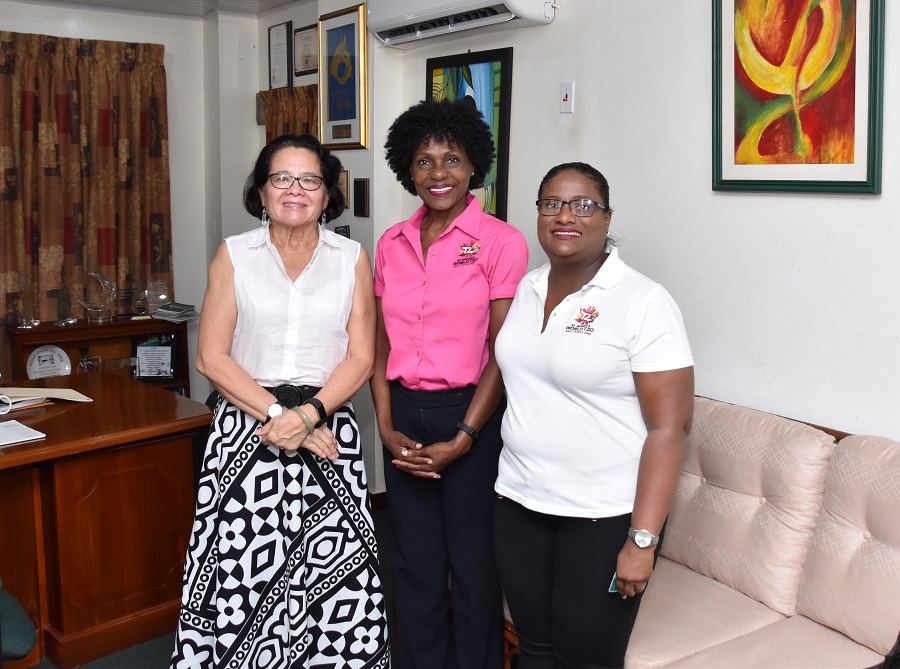 This brave youngster shakes hands with First Lady, Mrs. Sandra Granger as Sheikh Moeenul-Hack, Chief Executive Officer of the CIOG as others look on

The Prime Minister then told the orphans that the Government wants to ensure that they are given the support that they need to make a meaningful contribution to nation building. “We want to make sure that you take your rightful place in the society that you contribute to building harmony in Guyana, cohesion, unity. We are all Guyanese, whether we are born in divided homes or troubled homes… The only way we can overcome our difficulties… is if we achieve unity, love and cohesion,” he said.

Ambassador Holloway also commended the organisers of the event, noting that it is important for adults to spend time with young people to guide them through some of the challengers they may face in life.

“I applaud the Central Islamic Organisation of Guyana (CIOG) for all [its] efforts in supporting the youths in all ten regions of Guyana by sending young people to school, providing health care at clinics and hospitals, alleviating poverty and essentially making sure that these kids know that there is someone out there that care about them,” he said.

These children were happy to participate in an exuberant song and dance segment of Fun Day, while others looked on

Sheikh Mooeul-Hack, Chief Executive Officer (CEO) of the CIOG, remarked that all of the major religions of the world prescribe that their followers show kindness to orphans, but but Muslims pay particular head to this edict as the Prophet Muhammed was himself an orphan. “We are happy and we are thankful to the Lord that he has chosen us to be of service to his creation, especially you our children,” he said.

The CEO noted that over the years the CIOG’s programme for children has benefited from support from the Zakat House of Kuwait, which introduced the programme here, and more than 100 sponsors from the United States, a little less than 100 from Canada and the remainder from the West Indies and Europe. He also pointed out that the $1million that President David Granger allocated to the organisation is being used to subsidise the children’s tuition fees. Sheikh Moeenul-Hack then extended gratitude to the gathering for their support. “It is a privilege to be amongst you and to have you here with us,” he said.

Before the close of the programme, bursary awards were distributed to children who had done well at the NGSA and CSEC. In addition to the guest speakers, Mrs. Sita Nagamootoo, wife of the Prime Minister, Mrs. Rosaura Holloway, wife of the US Ambassador, Mr. Moen McDoom, an executive of the CIOG, Member of Parliament Ms. Bibi Shadick were also invited to present the bursary certificates to the children.