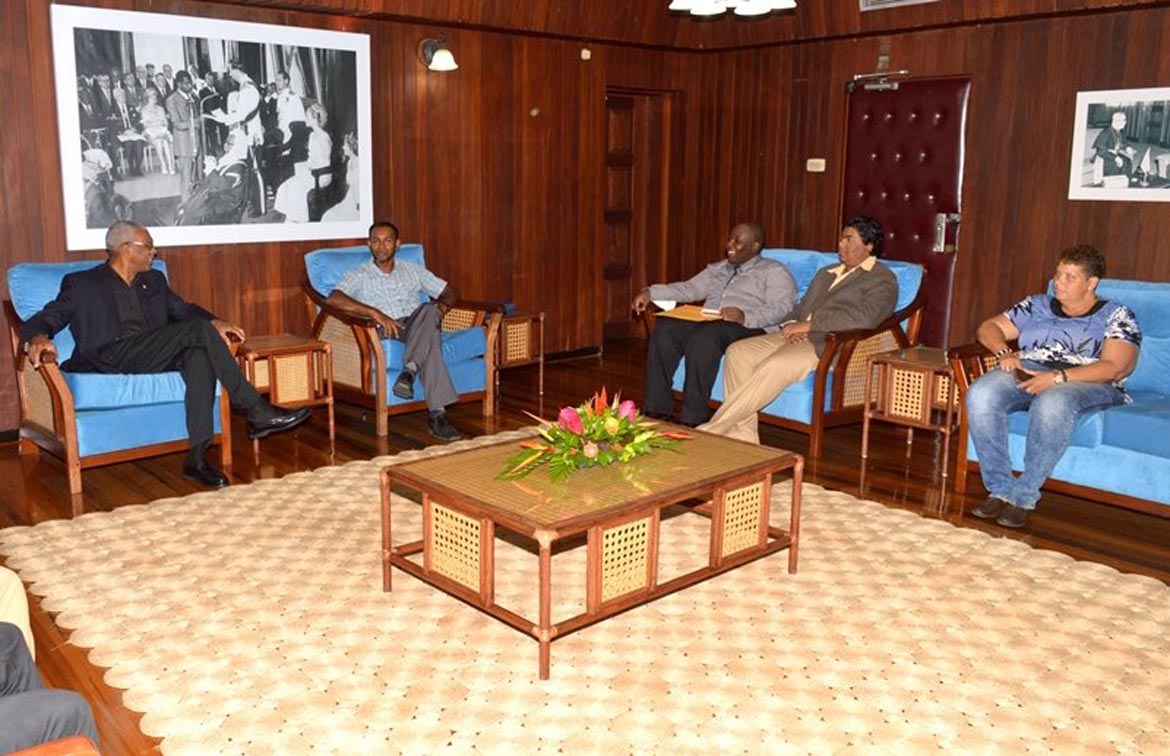 Georgetown, Guyana – (August 26, 2016) President David Granger, today, received a courtesy call from an eight-member team from the Guyana Chess Federation, at the Ministry of the Presidency. During the visit, the team inducted the President as an honorary member of the Federation.

The team will be departing Guyana on Monday for Baku, Azerbaijan to participate in the 2016 Chess Olympiad, organised by the Fédération Internationale des Échecs (FIDE). The team will be headed by President of the GCF, Mr. Irshad Mohamed.

During the meeting, President Granger pledged his support and commitment. He also expressed an interest in meeting with the team again on their return home to discuss what measures can be taken to help the Federation to advance the sport in Guyana.

“You have my support. We can sit down and discuss some of the initiatives that can be implemented when you get back. It is a very good sport and we will like to see it in the schools, the villages. It is a sport like any other,” President Granger said.

The President wished the team the best, adding that “Guyana used to have a footprint in this sport years ago. I hope that you can have that footprint globally”.
Mr. Mohamed expressed his gratitude to the President for his support and pledged that the team will do its best to succeed.

President David Granger shares a light moment with President of the Federation, Mr. Irshad Mohamed, as the other members look on.

First Lady meets with Animation Network from Guyana and Suriname