First Lady meets with Animation Network from Guyana and Suriname 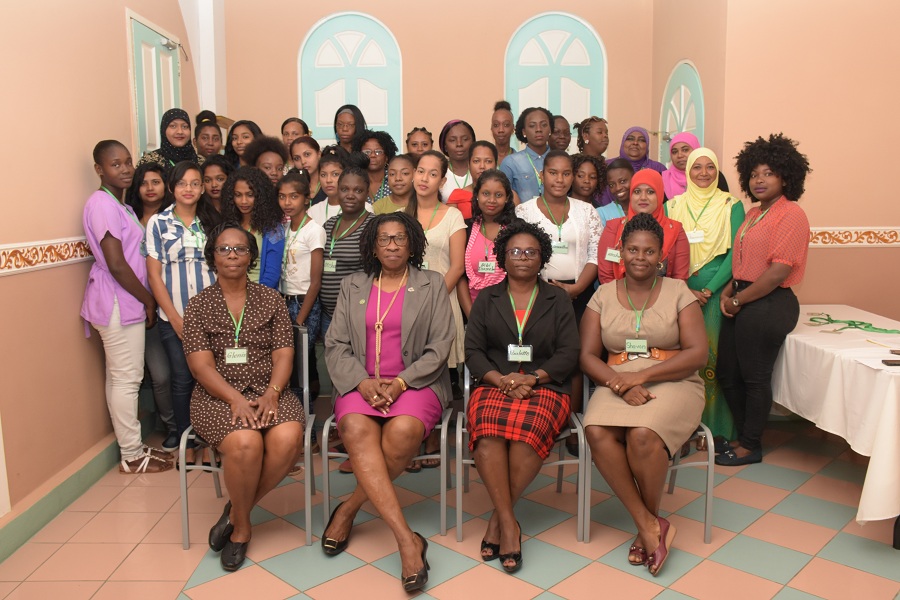 Georgetown, Guyana – (August 26, 2016) First Lady, Mrs. Sandra Granger, today, met with representatives from both the Guyana Animation Network (GAN) and the Suriname Animation Network (SAN), as the two companies seek to combine resources and foster regional integration so as to develop the Caribbean animation industry.

During a courtesy call at the First Lady’s State House office, representatives of both groups said that they are currently crafting a strategic plan on how they can develop the industry in both countries, and are further looking to partner with government and other stakeholders to assist them in this regard.

The First Lady said that she was happy to meet with the young entrepreneurs and welcomed their ideas, as she believes that there is much room for animation technology in the area of education and in the promotion of culture.

“We exchanged views on how their skills and expertise could be used within the idea of promoting Guyanese and Surinamese culture and in helping citizens to learn about their country,” Mrs. Granger said. She added that the groups should now create linkages with education practitioners as well as stakeholders in the culture industry and private and public sector entities so that they can work together to advance the animation industry in both countries and encourage younger people to see it as an area in which they can develop as professionals.

The First Lady converses with President of the Guyana Animation Network, Ms. Jubilante Cutting about her plans to develop the local animation industry

The Group announced that they are preparing to attend the Animae Caribe Conference, the largest animation conference in the Region, which is scheduled to be held in Trinidad later this year. The First Lady expressed hope that their participation in this event would help them to garner the adequate resources to develop their skills. “Technology keeps evolving so you have to continue to train yourself so that you remain on the crest of wave… I feel [that] what they are doing is important and can address some of challenges we face in Guyana in terms of the education of our children who may have dropped out of school,” she said.

President of GAN, Ms. Jubilante Cutting, explained that one of the main projects they are working on is developing an animation demo for the upcoming conference. She added that they will also continue to work with SAN to develop their strategic plan. President of SAN, Mr. Adley Breeveld, said that the collaboration between the two countries came about following the call of the Caribbean Animation Network to have a more regionally integrated animation industry. “So we are working together to show that such collaborations are possible. We will present our findings at the Animae Caribe to show that this can work and we should all focus more on Caribbean based collaborations,” he said.