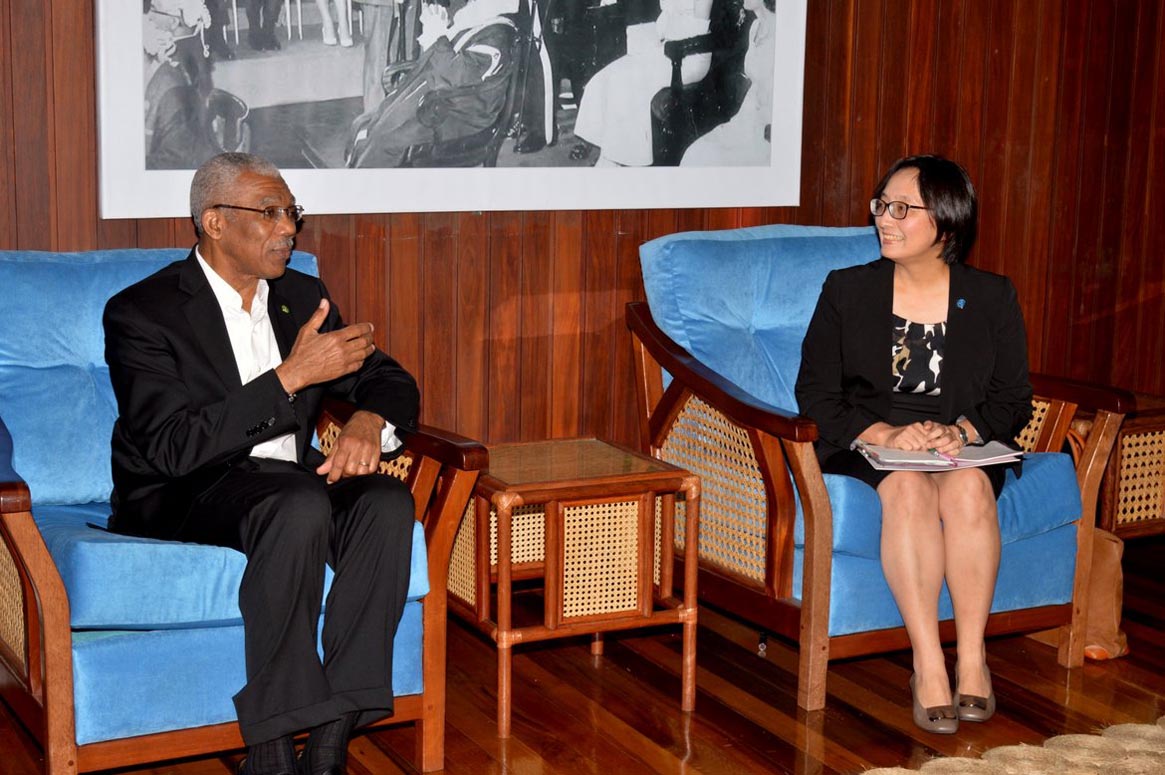 Georgetown, Guyana – (August 25, 2016) President David Granger, this afternoon, met with a technical team from the United Nations Development Programme (UNDP) to discuss the management Guyana’s biodiversity wealth within the Government’s ‘green’ agenda. The meeting was held at the Ministry of the Presidency.

The team was led by new UNDP Resident Representative, Ms. Mikiko Tanaka and included UNDP’s Policy Specialist, Finance, Mr. Massimiliano Riva and Regional Technical Advisor of the Reducing Emissions from Deforestation and forest Degradation (REDD) Programme, Mr. Marco Chiu.  The meeting was in response to a request made by the President to the UNDP for the provision of technical assistance for the creation of a holistic strategy that encompasses the country’s forests, wildlife and other natural resources as the Government moves to further its green agenda.

“The low carbon development strategy in my view is too narrow. We need to go back to the drawing board to develop something that takes into account coastal zone management, wildlife protection, our biodiversity,” President Granger said.

Additionally, the team, over the course of the next few days, will be discussing with a Guyanese delegation, the establishment of a Department of Environment. President Granger explained that there is need to separate biodiversity protection and management from the extractive industries, both of which currently fall under the purview of the Ministry of Natural Resources.