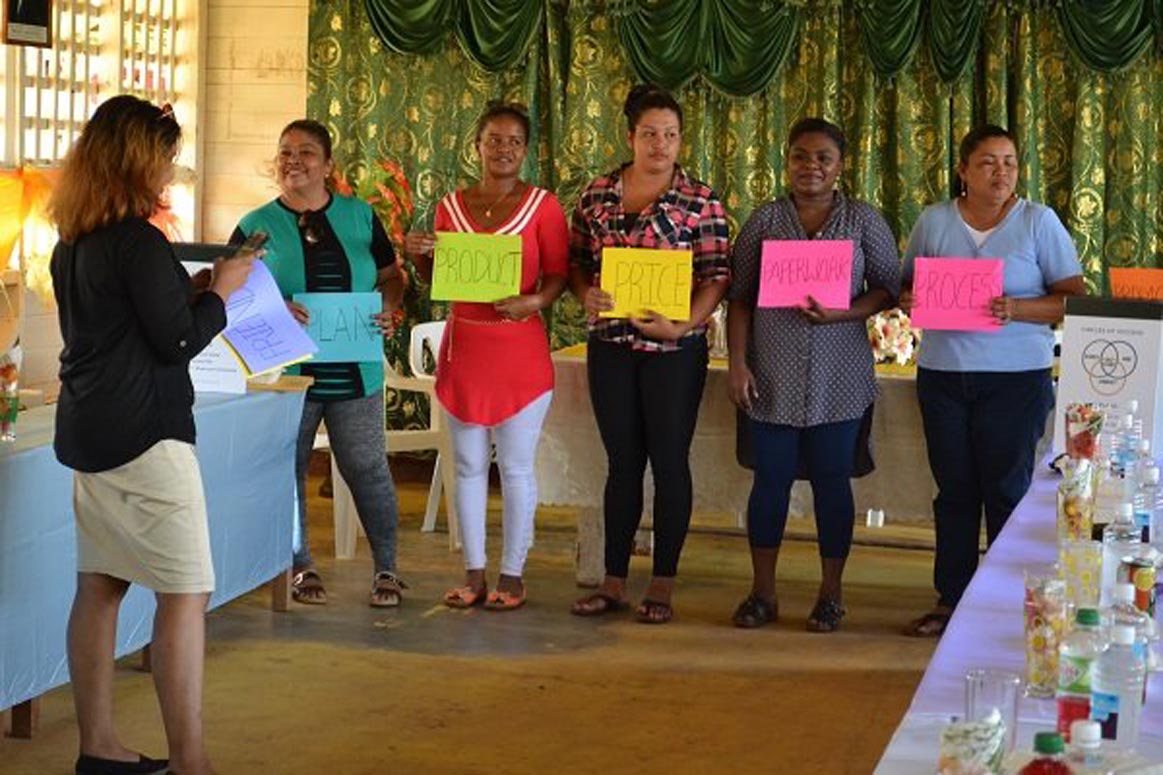 Georgetown, Guyana – (August 15, 2016) First Lady, Mrs. Sandra Granger, today, encouraged the latest batch of participants in the Self Reliance and Success in Business Workshop for Women to capitalise on the opportunity to learn new skills that will empower them to better manage their homes, businesses and contribute to community development.

“The aim is to empower you as women… When women are empowered, they take their families with them. Their economic situation will improve and this workshop aims to give you the tools to be successful business persons,” the First Lady told the 31 women assembled at the Port Kaituma Community Centre, Matarkai Sub-Region, Barima-Waini (Region One) for the workshop.

Recognising that women play a central role in their families, the First Lady said she sought financial support from the Social Protection and the Indigenous People’s Affairs Ministries to take the workshop across the country to help them to enhance their lives. The sessions are held in collaboration with Interweave Solutions – a non-governmental organisation that helps local entities in developing countries to reduce poverty through capacity-building training and the facilitating organisation for the work shops in Guyana. “I am very firm in my belief that once you give women opportunities there is a ripple effect; their families benefit as well … It helps you to plan and to become not only empowered financially, but empowered [personally],” Mrs. Granger said.

Ms. Crystal Baptiste, facilitator at Interweave Solutions (first, left) and some of the participants discuss the “six Ps’ of business”, during an interactive segment of the workshop. 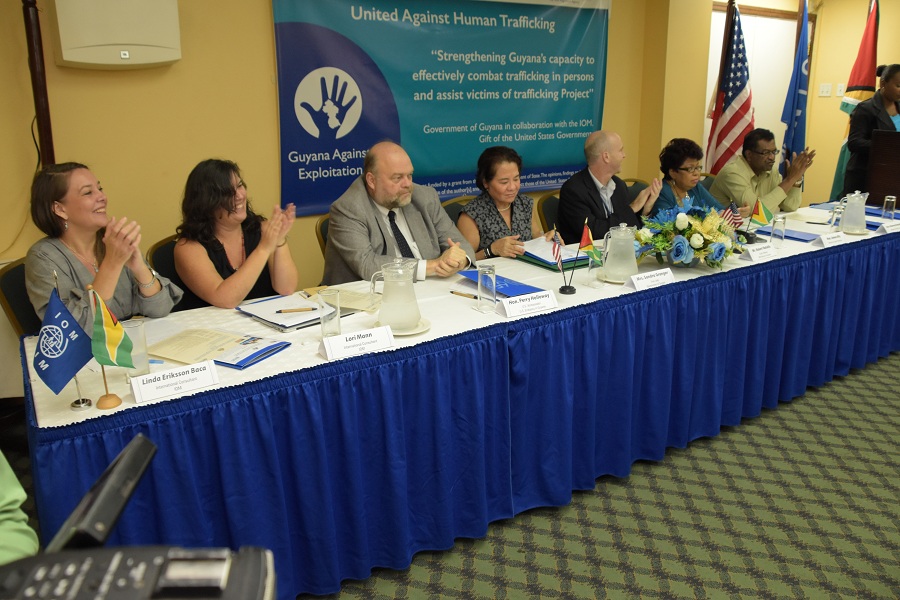 A worker directs First Lady, Mrs. Sandra Granger to the spot where a wheelchair ramp will be built to facilitate easy ingress and egress from the waiting area of the new hospital at Port Kaituma.

Member of Parliament, Mr. Richard Allen, who chaired the programme, shared similar sentiments and implored the women to make good use of the chance to learn. “You have an opportunity… to change your life that will change the community of the Matarkai Sub-Region. We won’t have to say we don’t have resource personnel; you’re the resource personnel from now on… See yourselves as being empowered. See yourselves, as from today, as equipped to take Matarkai Sub-Region and Region One to the next level,” he said.

Meanwhile, Regional Chairman, Mr. Brentnol Ashley praised the First Lady for hosting two such capacity building workshops in the region, which he said, had become “fragile” and “broken”. The Regional Chairman told the participants that as pillars of the community, they have a responsibility to learn all that they can from the sessions and to take that knowledge back to their communities. “I want to encourage you that after [these] five days of training, of empowerment that you go back to your communities and you become instruments that will help to propel the Government,” he said.

Mr. Yohann Sanjay Pooran, Facilitator, Interweave Solutions, said his organisation is again pleased to partner with the Office of the First Lady to host the sessions. “From the time [that] she saw the programme and the benefits that would be accrued [by] women in communities all across the country she…considered the material…and moved forward without any reservations,” he said. 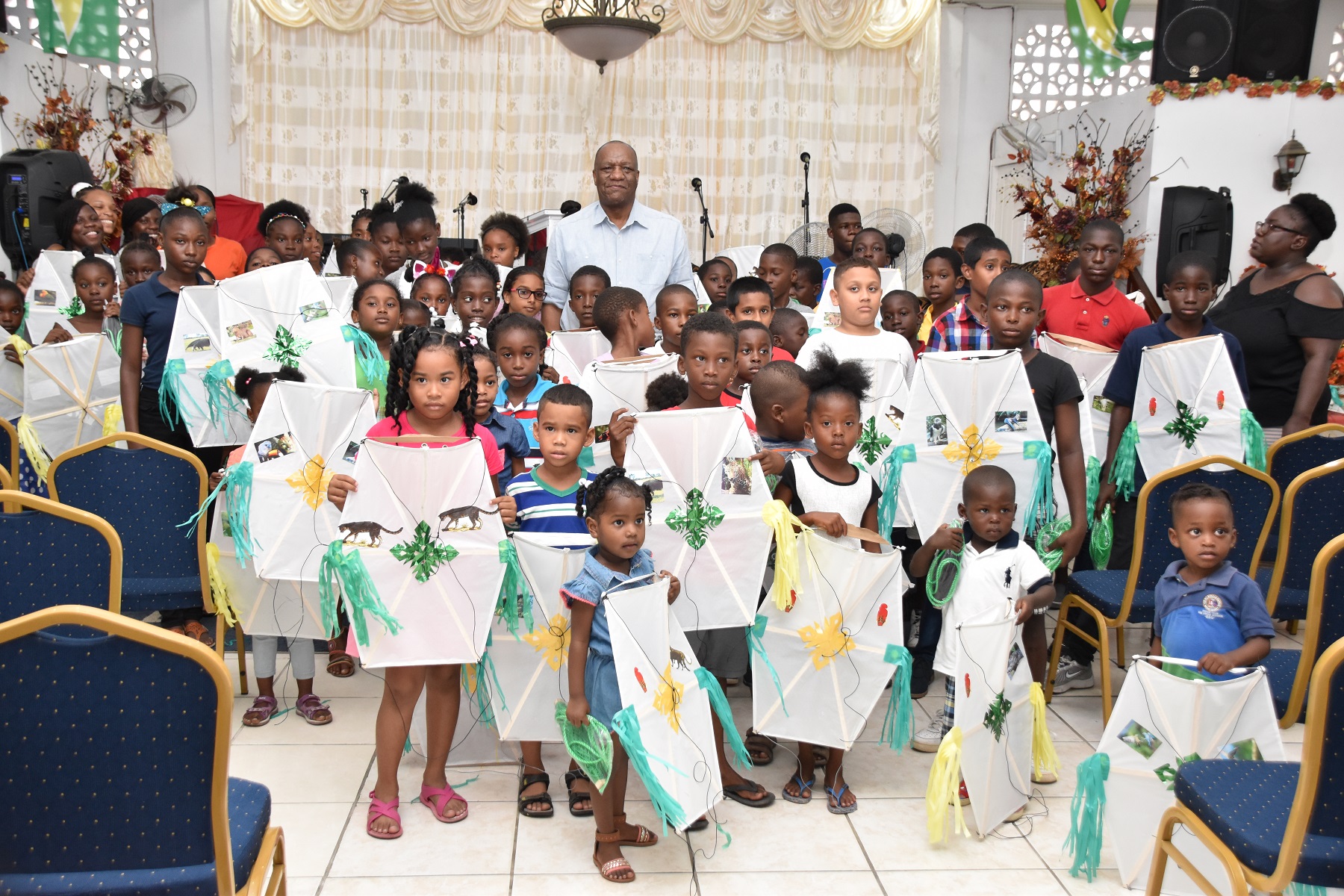 These participants pay keen attention to First Lady, Mrs. Sandra Granger as she delivers her address.

The participants in the week-long workshop hail from Arataka, Four Miles, Matthew’s Ridge and other areas.

At the close of the session, the First Lady visited PKPL and the still-under-construction hospital at Oronoque to take a first-hand look at the ongoing works there. Mr. Boyer said the hospital is expected to be completed and open by December 2016. Minor works are still to be done, including the installation of equipment and a generator, both of which have a September 30, 2016 deadline. Mr. Boyer also said the access road from the Water Front area to the hospital will be rehabilitated via a Community Infrastructure Improvement Project (CIIP) operated by the Ministry of Communities. 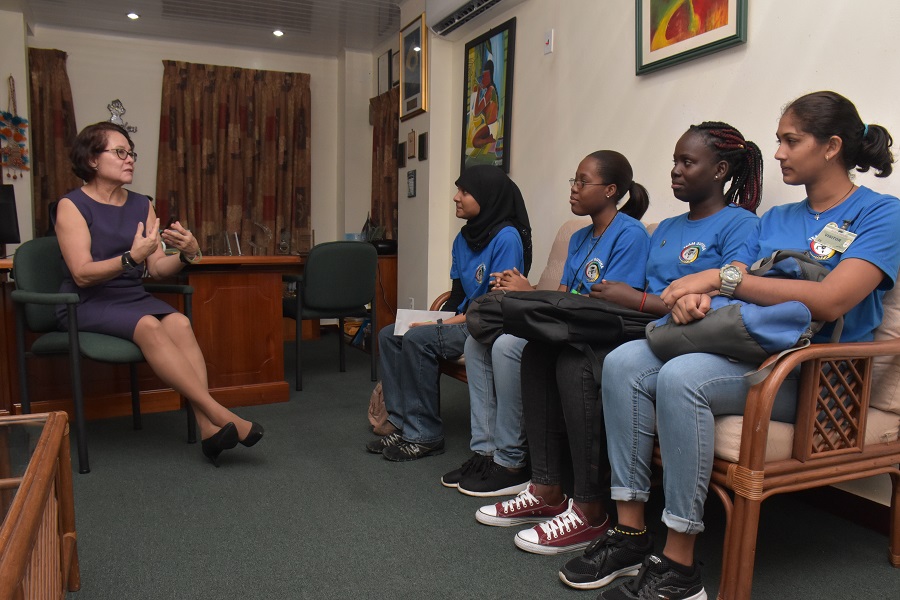