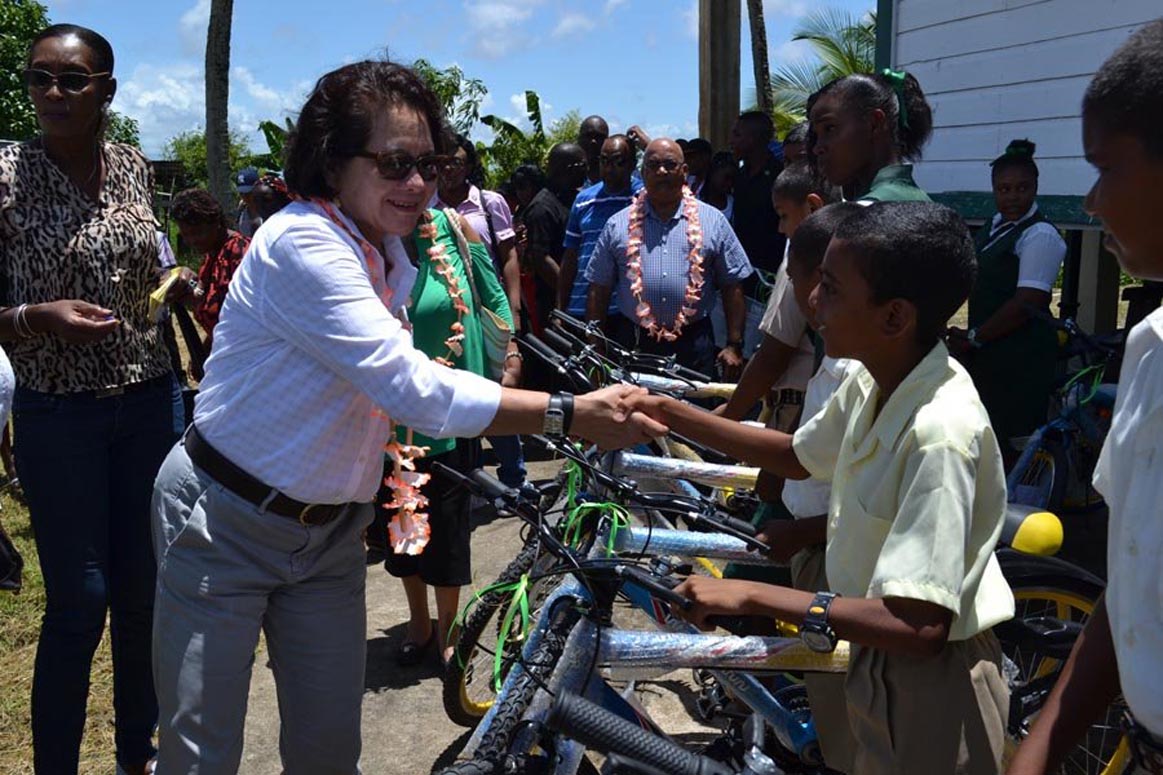 Mrs. Granger congratulates one of the beneficiaries of the President’s Five Bs programme at Wakenaam.

Mr. Jaikarran said that the administration’s work within a year has shown dynamic leadership. “I would like to say to you, that in a certain period of time, under the astute and dynamic leadership of President David Granger, Guyana would have progressed extraordinarily and we need to give him thanks.”

The REO challenged the residents of Wakenaam to ensure that every child goes to school. “We have to ensure that in Region Three, regardless of where our schools are, that every school aged child must be in school,” he said.

Mr. Jaikarran also noted that the donation is the first of its kind in Wakenaam and as REO he vowed to carry out the mandate of the Government so that everyone can enjoy ‘the good life’.  “I want you to value what this government is doing for you, to ensure that you continue to give your service, your dedication, your stewardship and in a very honest way, you consider the things that you receive and ensure that things are properly done,” he said. 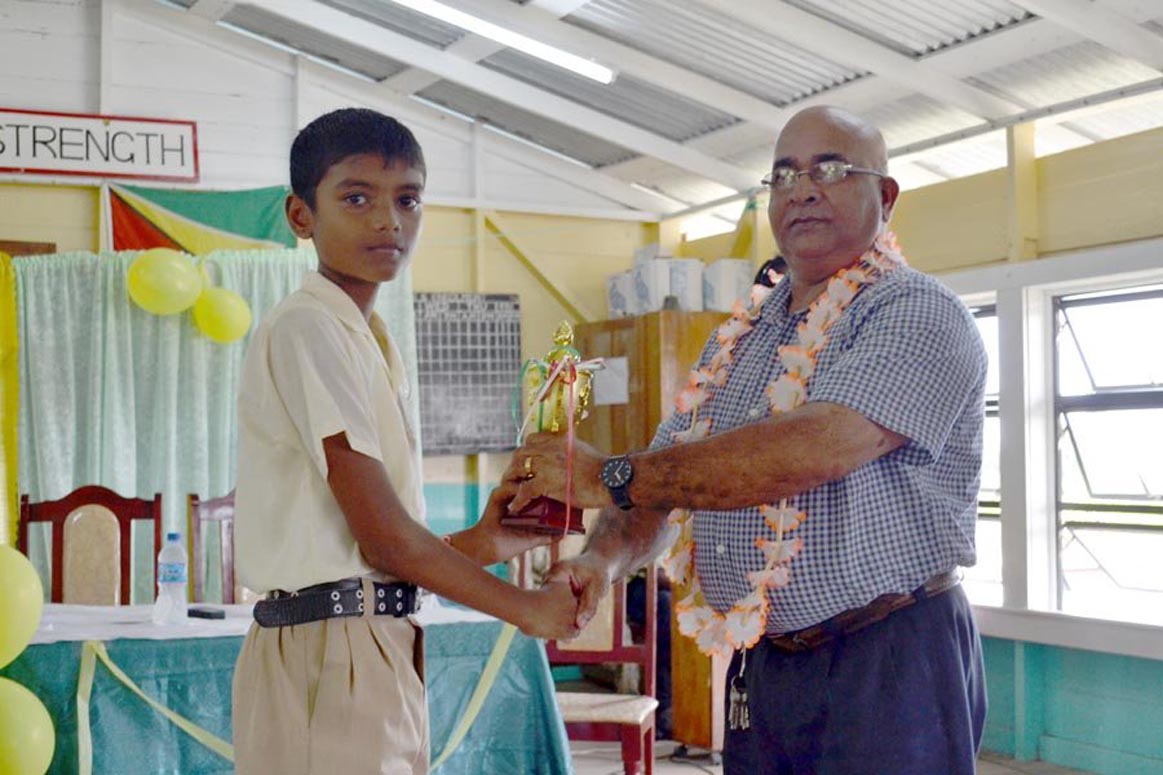 Naresh Jaganand receiving his trophy for his outstanding performance at the National Grade six examinations. 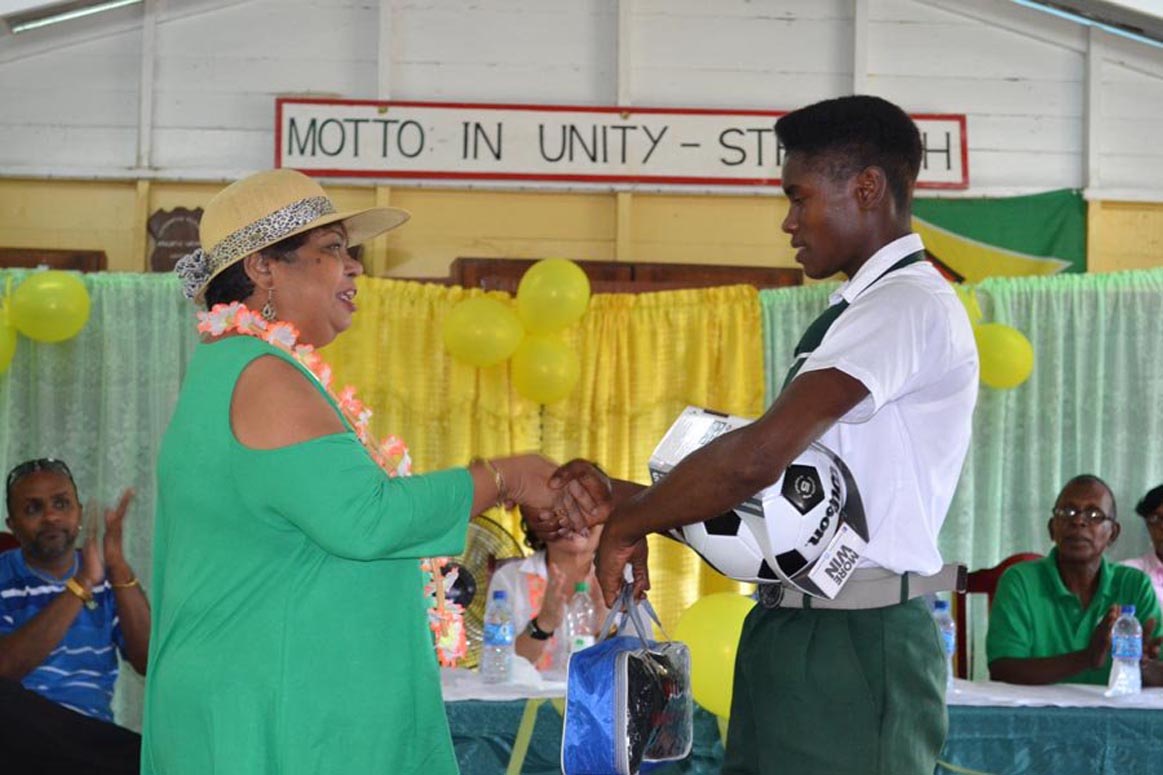 A representative of Mariah Johanna Youth group receives a donation of sport gear from  Minister Amna Ally on behalf of her Ministry.

Minister Ally, urged the beneficiaries of the Five Bs programme in Wakenaam to take advantage of the opportunities provided to them so that they can ensure a good future for themselves.

“I want to say to you my dear friends in Wakenaam, that this is a progressive President, who has a progressive Government. I know that 20 Bicycles is only a start, but we know the need in Wakenaam and I can assure you that this is not going to be the first, nor the last, but that we will do better as we get better,” she said.

First Lady, Mrs. Sandra Granger further urged parents and teachers to find the talent within each child and nurture them to help them to become the best that they can be.

“We have to look at how we are gearing our young people to take charge in the 21st century. It is you the young people, who will be taking charge of our country and we would like to hope that you are well trained and well equipped to deal with all the challenges you face,” she said. 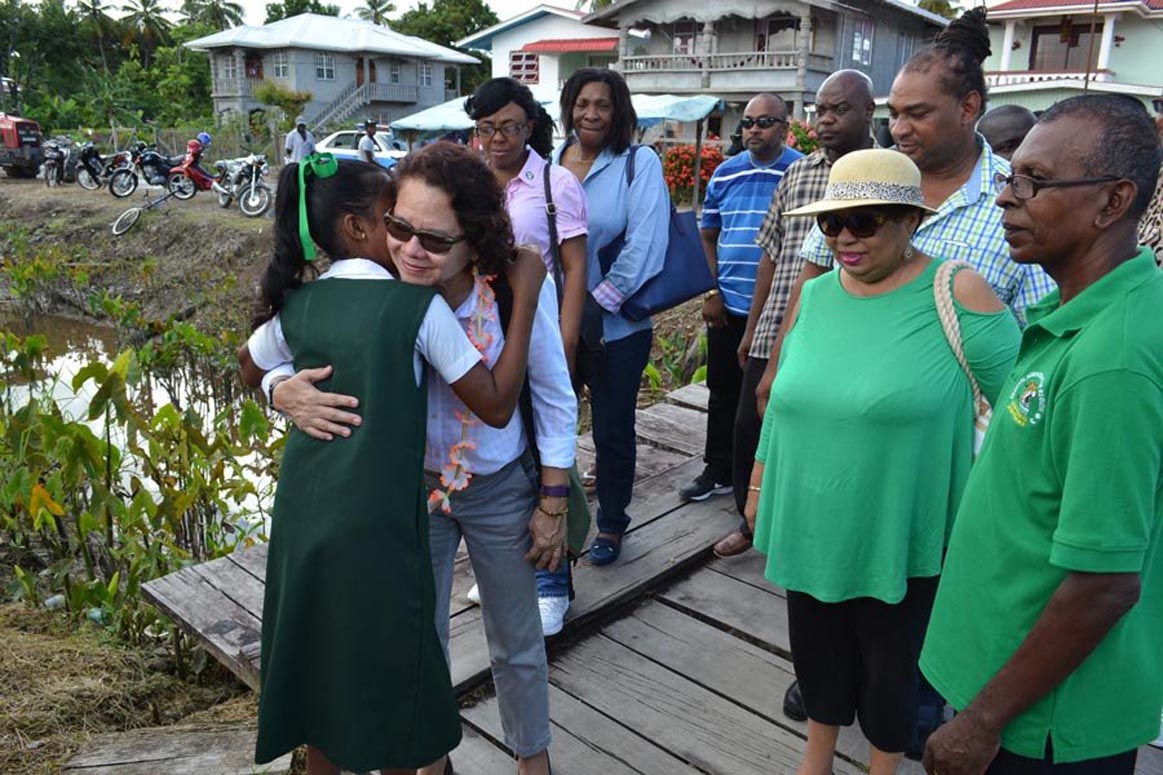 Mrs Granger receives a hug from a student on her arrival at the Arthurville Primary School, in Wakenaam, Essequibo Islands-West Demerara (Region 3).

The first set of bicycles, donated by the Guyana Bahamas Association, were made in Ithaca, West Coast Berbice on August 01 and in Leguan, Wednesday last.  The distribution, which took place at Arthurville Primary School in Wakenaam, saw several schools on the island benefiting from the project.  In an invited comment President of the association Mr. Jagroo said

According to President of the Guyana Bahamas Association, Mr. Jagroo, the organisation, which has been in existence for 21 years, has as part of its mandate, the conduct of charitable work that benefits young people.

“We’ve donated to many organisations both in the Bahamas and in Guyana and we intend to continue to do so.  President Granger’s initiative caught my [attention], since I’m a teacher by profession and one of my concerns is that students must be in school.   I am impressed. We’re going to work very hard to come back again.  Our initial number was 100 but we got 60, and since I’m involved in many other organisations, I’m going to see what I can get from them,” he said. 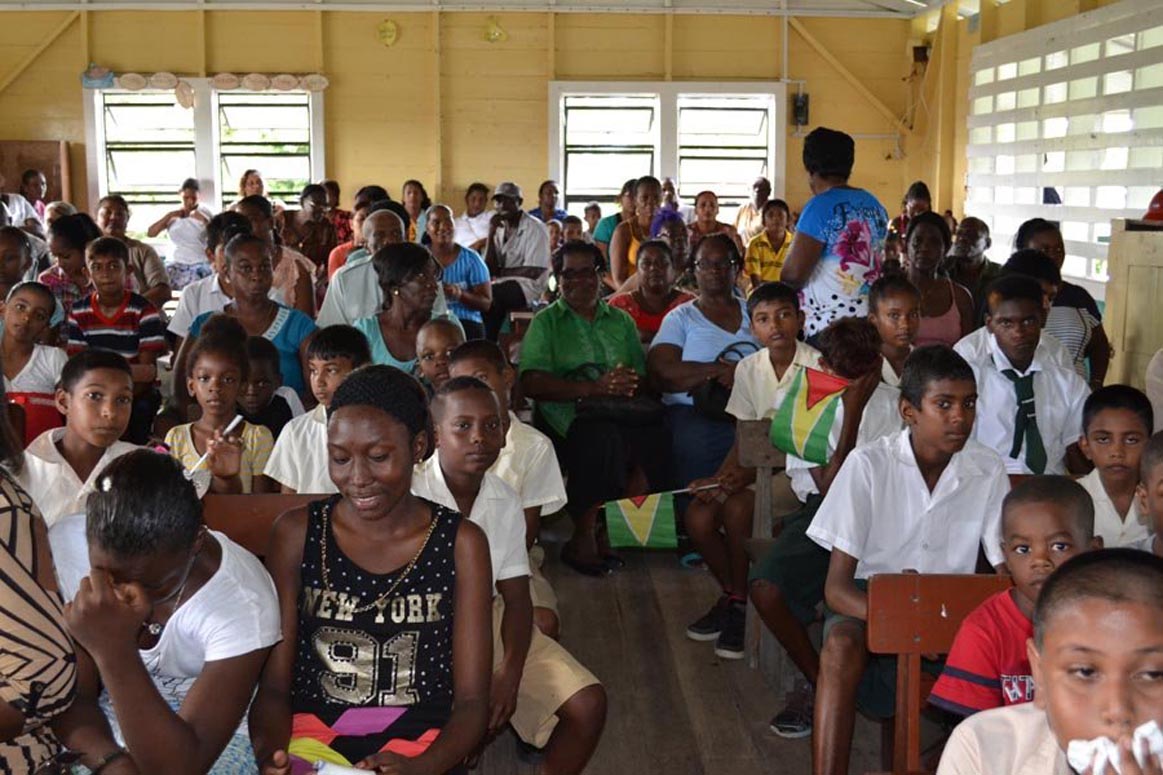 Residents of Wakenaam, who gathered at the Arthurville Primary School, in Wakenaam, Essequibo Islands-West Demerara (Region 3) to witness to distribution of bicycles under the President’s Five Bs programme.

President David Granger’s Five Bs programme is an on-going initiative that has seen businesses across Guyana and Guyanese in the diaspora giving back for the better of all Guyana.

Apart from the distribution of bicycles, the Ministry of Social Cohesion made a presentation of sports gear to the Mariah Johanna Youth group to further foster the key role of sport in education.  Eleven year old Naresh Jaganand was also presented with a trophy for being the Islands top performer at this year’s National Grade Six Assessment. The trophy was donated by the Sarah-Good Success Group.