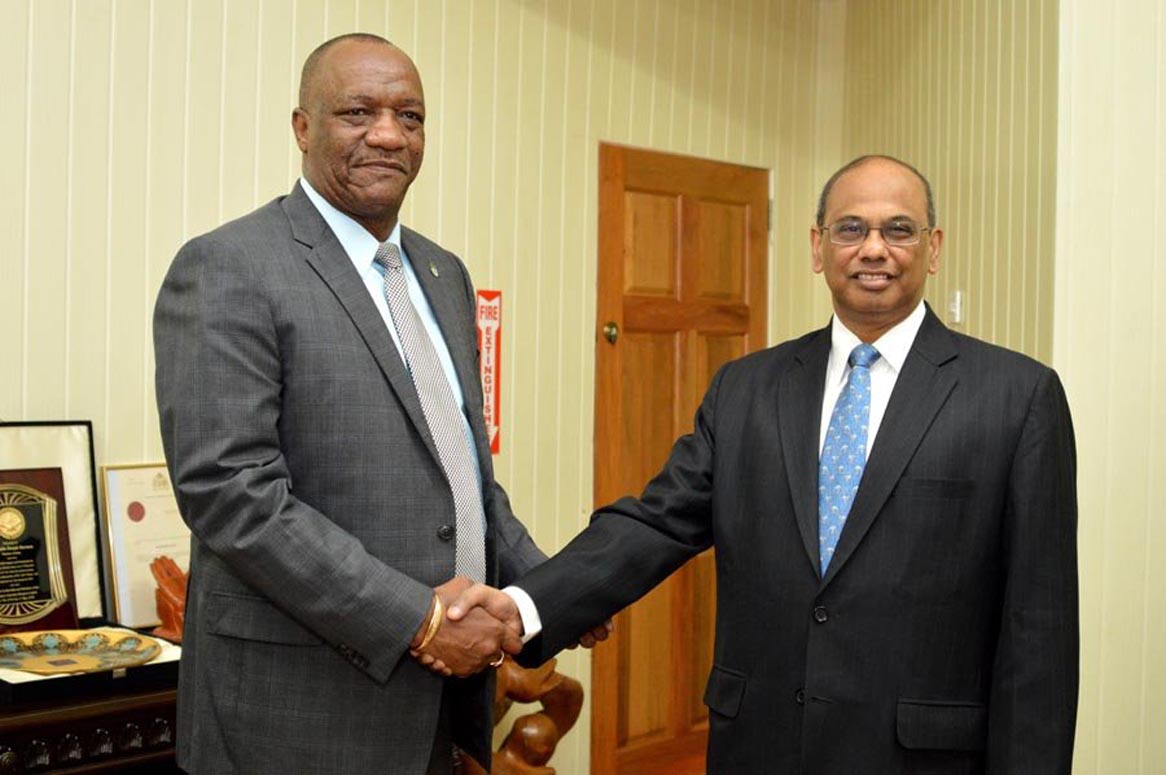 Georgetown, Guyana – (August 8, 2016) Minister of State, Joseph Harmon, today, met with officials from The Energy and Resources Institute (TERI), who hope to set up office in Guyana and to strengthen their existing relationship with the Government of Guyana and other stakeholders in the area of renewable and sustainable energy initiatives.

The Minister of State welcomed the team to Guyana, stating that their work goes hand in hand with President David Granger’s vision for a green economy. Moreover, the team, which signed a Memorandum of Understanding (MOU) with the Private Sector Commission (PSC), later in the day, received Minister Harmon’s approval for this interest shown by the energy organisation stating that a green economy is not just for the government but for other stakeholders as well.

Minister Harmon welcomed Dr. Mathur, and stated that the government looks forward to a strengthened partnership.

TERI, which had signed a MOU with the Government of Guyana in 2011, has since provided support for Guyana’s climate change initiatives.

In an invited comment, Dr. Mathur said he is looking forward to continuing to work with stakeholders in Guyana in the area of renewable energy. “We want  to see how we can be of use and support to Guyana in implementing climate change strategies and how we can bring in finances and resources, which make it easy [for] the private sector to move to more efficient renewable energy technology and support the goals of Government of Guyana. What we want to do is to be of use in development in Guyana,” he said. Dr. Mathur also said that Guyana has already provided an example to the world in how it monitors its forestry resources. He believes that Guyana boasts huge potential with regard to renewable energy as well.

Following the meeting at the Ministry of the Presidency, the team proceeded to the Guyana Marriott Hotel to sign a MOU with the PSC. In his remarks at that event, Dr. Mathur said, “Our goal is to be able to develop solutions that can help promote sustainable development, cleaner ways to get the same services, then to work with various stakeholders to ensure these solutions are used by potential users in large enough numbers that it makes a difference,” he said.

Dr. Mathur said that the work that they have so far in Guyana includes the a study of the root causes of changes in power quality through studying large consumers of electricity, a feasibility study for a biodiversity centre in Guyana, piloting the energy efficient street lighting programme with the Guyana Energy Agency (GEA), and the installation of energy efficient stoves for schools in hinterland communities.

Head of the PSC, Mr. Edward Boyer, said the PSC is cognisant of the need to support the efforts of President David Granger in his goal to transform Guyana into a sustainable economy, through clean renewable energy and other sustainable development practices. As a result, he stated that the PSC is fully committed to supporting the government’s thrust towards a green economy.

“This commitment was the catalyst for the engagement of the PSC with TERI and led directly to the signing of this Memorandum of Understanding. We live in a country full of natural resources and unless we manage them properly and use them efficiently we will be doing a grave injustice to our country,” Mr. Boyer said. 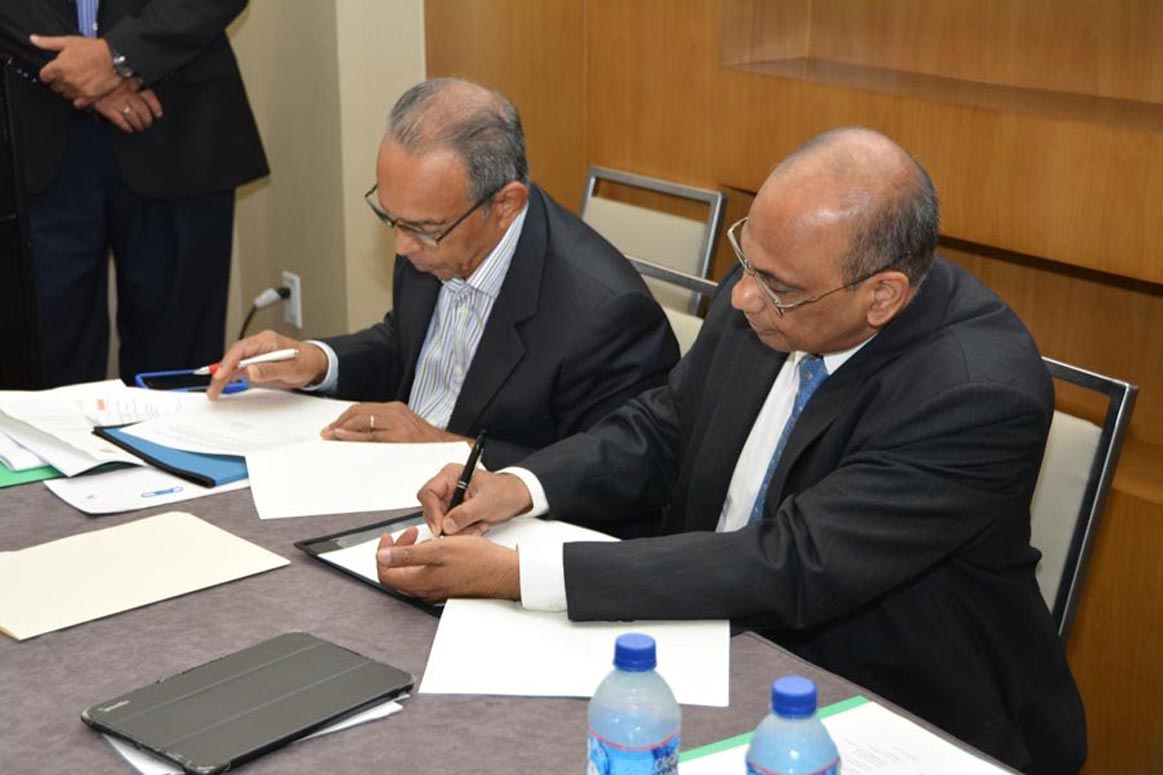 Head of the Private Sector Commission, Mr. Edward Boyer (left) and Director General of TERI , Dr. Ajay Mathur sign a Memorandum of Agreement to work on

He added that the MOU will allow the PSC to harness the technical advice and support provided by TERI in areas of climate change, energy, environment and sustainable development.

Minister within the Ministry of Finance, Mr. Jaipaul Sharma, during brief remarks, on behalf of the Government of Guyana, welcomed the initiative and echoed the statements that it is important that the private sector signs on to such an agreement, since it is in keeping with President Granger’s message of making Guyana a green economy.

TERI is expected to set up an office in Guyana by October this year.