President visits St. Lucian Cub Scout at GPHC -The eight-year old is likely to be released early next week 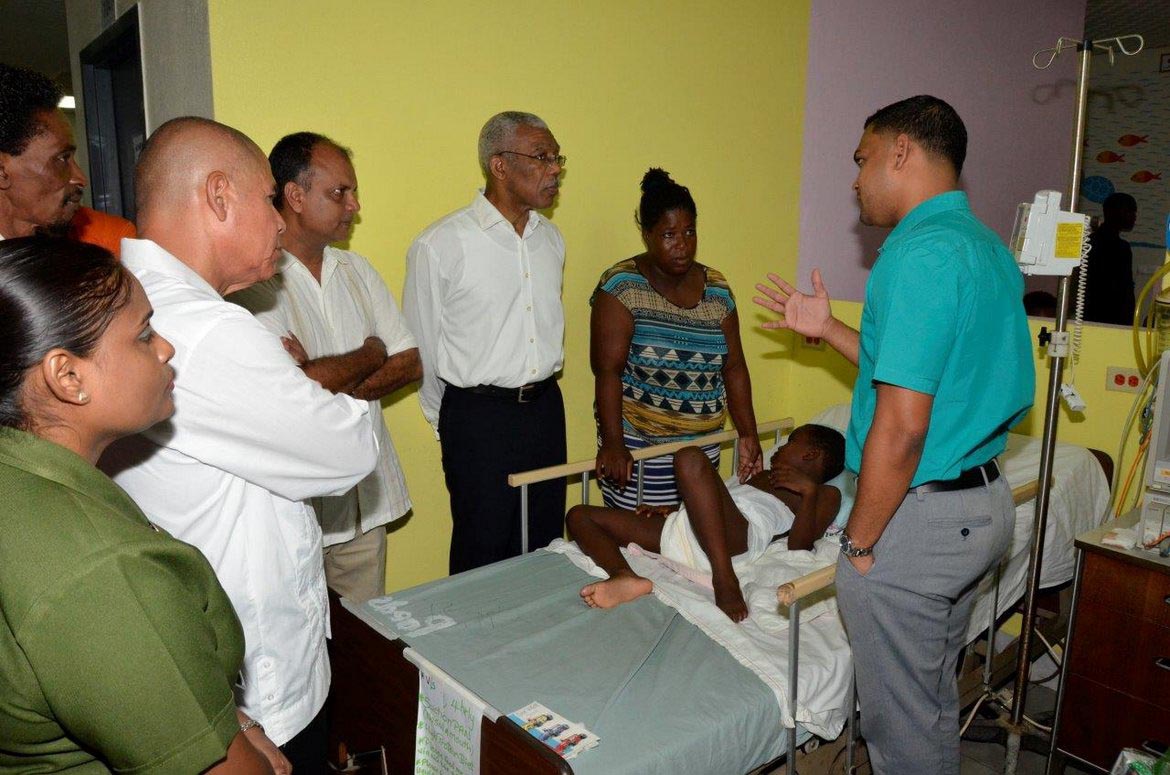 Georgetown, Guyana – (August 6, 2016) President David Granger, earlier today, visited little Nick Josh Omari Joseph, the injured St. Lucian Cub Scout, at the Georgetown Public Hospital Corporation (GPHC) to check on the progress of his recovery. His mother, Ms. Delia Finistere, was at his bedside during the visit, along with neurosurgeon, Dr. Amarnauth Dukhi, who updated the President on the child’s progress.

The doctor said that the child is likely to be released from hospital early next week and can return to his native St. Lucia, the following week. “I have already made contact with the neurosurgeon in St. Lucia, who is going to follow up on his case, but he has made a fair recovery and we continue to monitor him closely,” Dr. Dukhi said.

Eight-year old Joseph and another scout, Darnell Ajani Matthew were injured in in an accident on Woolford Avenue, Georgetown on July 26, during the Caribbean Cuboree, which was being hosted in Guyana. The latter was treated and released and has since returned to St. Lucia. His mother, Ms. Jacqueline Matthew, who is also a Scout Leader, has remained in Guyana to provide support to Joseph and his mother.

Since the accident, President Granger, who is also the patron of the Scout Association of Guyana, has been deeply concerned for the welfare of the injured children. On July 28, he met with Dr. Dukhi and Dr. Sheik Amir who have been treating the two boys. He had also met with Ms. Finistere Ms. Matthew assured them that the best possible care is being provided.

Senior Ministry of the Presidency staffer, Ms. Roxanne Barratt, presented a hamper, filled with goodies to Joseph’s mother, for his enjoyment on his recovery.