Georgetown, Guyana – (August 6, 2016) President David Granger, this morning, paid tribute to Guyana’s first Executive President and founder of the People’s National Congress (PNC), Linden Forbes Sampson Burnham, O.E., S.C, on the occasion of the 31st anniversary of his death. The wreath laying ceremony was held at the Mausoleum at the Seven Ponds in the Botanical Gardens, where the former President was laid to rest.

President Granger in his remarks said that the late Forbes Burnham was the author of social cohesion and architect of national unity, who transformed Guyana from a divided colony to a more united and less unequal country.

“He established order out of chaos and conciliation out of conflict…he fought against the marginalisation and segregation of the colonial regime into which he was born and sought to create a society of equality and inclusivity for posterity. It was through his visionary leadership and wise stewardship that the foundation of a just and cohesive society was laid,” he said.

President Granger said that the sentiments and precepts adumbrated in this statement by Mr. Burnham over 50 years ago are permanent and paramount today as his Administration proceeds along the path of national unity and social integration.

“It is our Government’s duty today, as it was fifty years ago, to protect the interests of all and not of some. The people cannot be imprisoned in ethnic enclaves. The people are not the property of one or other political party. Forbes Burnham’s ideas were for all time and for all Guyanese… We recall Forbes Burnham’s wise counsel of cohesion today, whenever the voices of divisiveness are raised; wherever the hand of hostility tries to hit and hurt our vulnerable citizens and by whosoever peddles the propaganda of separateness among our people,” the President said. 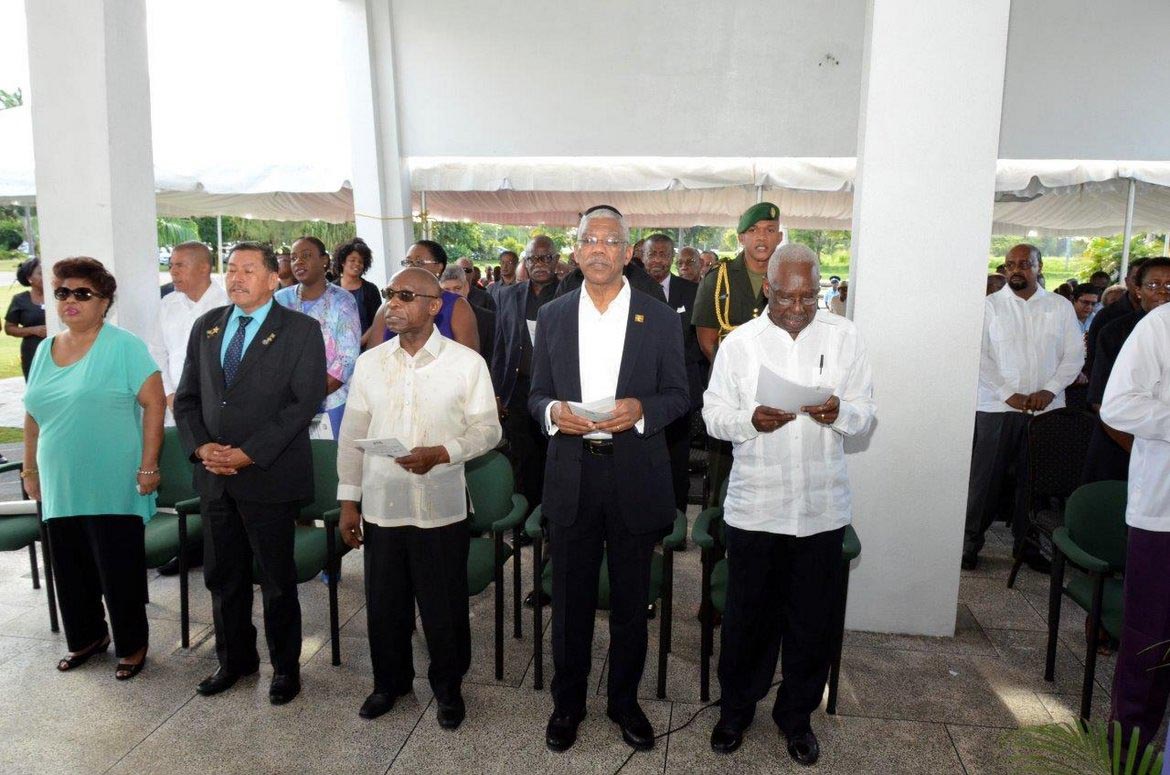 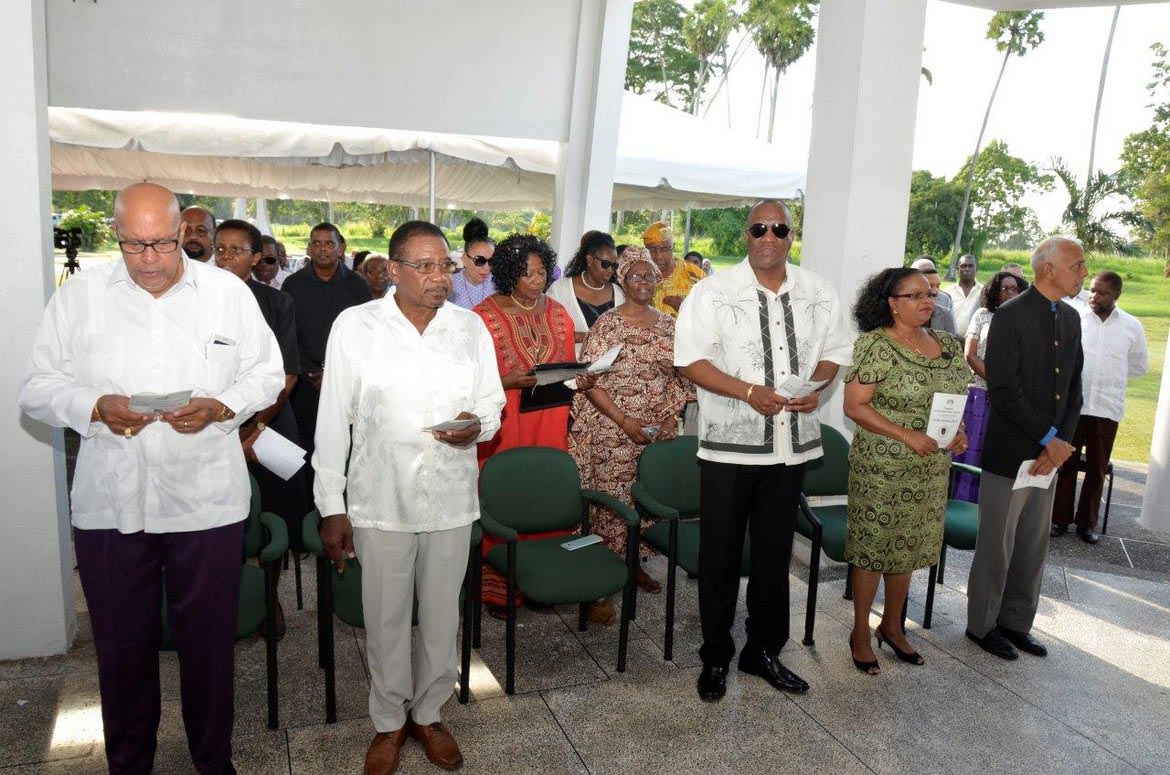 He said that Mr. Burnham was devoted to the task of rebuilding a society that was free of discrimination, distrust and disorder, determined to destroy the bastions of prejudice, social injustice and inequality, vices, which sustained a stagnant colony and dedicated to providing equal opportunities to all citizens to enable them to develop their talents.

Similar sentiments were expressed by Minister of Social Cohesion, Amna Ally, who, in a brief comment said Forbes Burnham always advanced the concepts of working together and of national unity. She said that a good example of Burnham’s policy on inclusivity is the coalition he forged between the PNC and the United Force. Minister Ally indicated that there is greater awareness across the country, with regard to the need for social cohesion and credited this to the administration’s policy and the work of her Ministry, which has embarked on a sensitisation campaign.

She informed that her Ministry is currently engaged in a number of projects such as training programmes in the various regions. The Ministry is also working closely with religious organisations, youths and non-governmental organisations all with the aim of fostering a more cohesive Guyanese society. 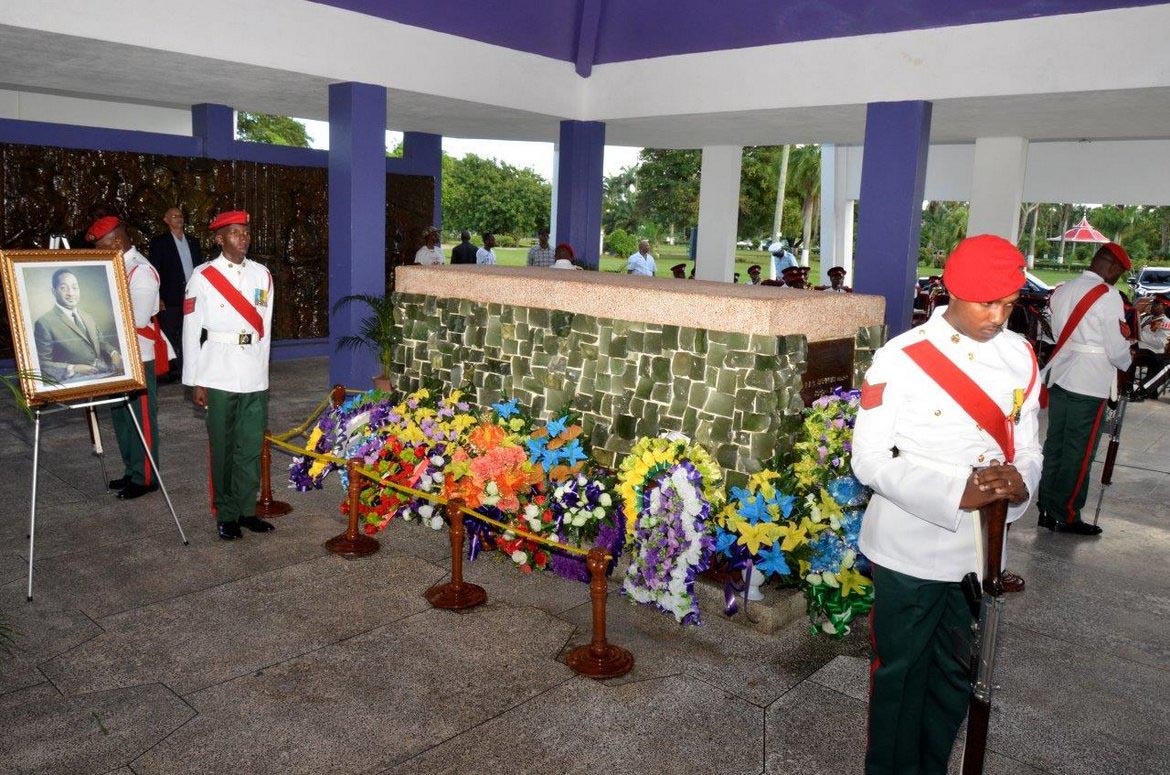 Meanwhile, Alistair Sonaram, who was one of those who attended the wreath laying ceremony described the late President as a visionary, a fighter and a true leader. He said that he believes strongly that if Mr. Burnham was alive today, Guyanese would have been living in a more cohesive society rather than being segregated on the basis of ethnicity. He said that citizens need to stop looking at the colour of each other’s skin and see themselves as one. “Colour should not matter in our nation, we have lost our way in that sense and if we are to live together, we have to accept each other for who we are.”

Dakarai Griffith a member of the Guyana Youth and Student Movement said that growing up he heard a lot about Forbes Burnham’s ideologies and strict method of leadership. “He the foundation for Guyana and made Guyana what it is today and I believe that this Government will make Guyana the breadbasket of the Caribbean, which was Burnham’s vision,” he said.

Speaking about Mr. Burnham’s contribution to racial harmony in Guyana, Griffith said that the in a country with so many different ethnic groups, Guyana cannot afford to be divided. He said that he is currently in the process of setting up a non-governmental organisation to educate the young generation on Forbes Burnham’s ideologies and legacy.

Linden Forbes Sampson Burnham served Prime Minister of Guyana from 1964 and as President from 1980 until the time of his death in 1985 at the age of 62. He was a lawyer, a politician, a fierce freedom fighter and a father of six children.

President visits St. Lucian Cub Scout at GPHC -The eight-year old is likely to be released early next week