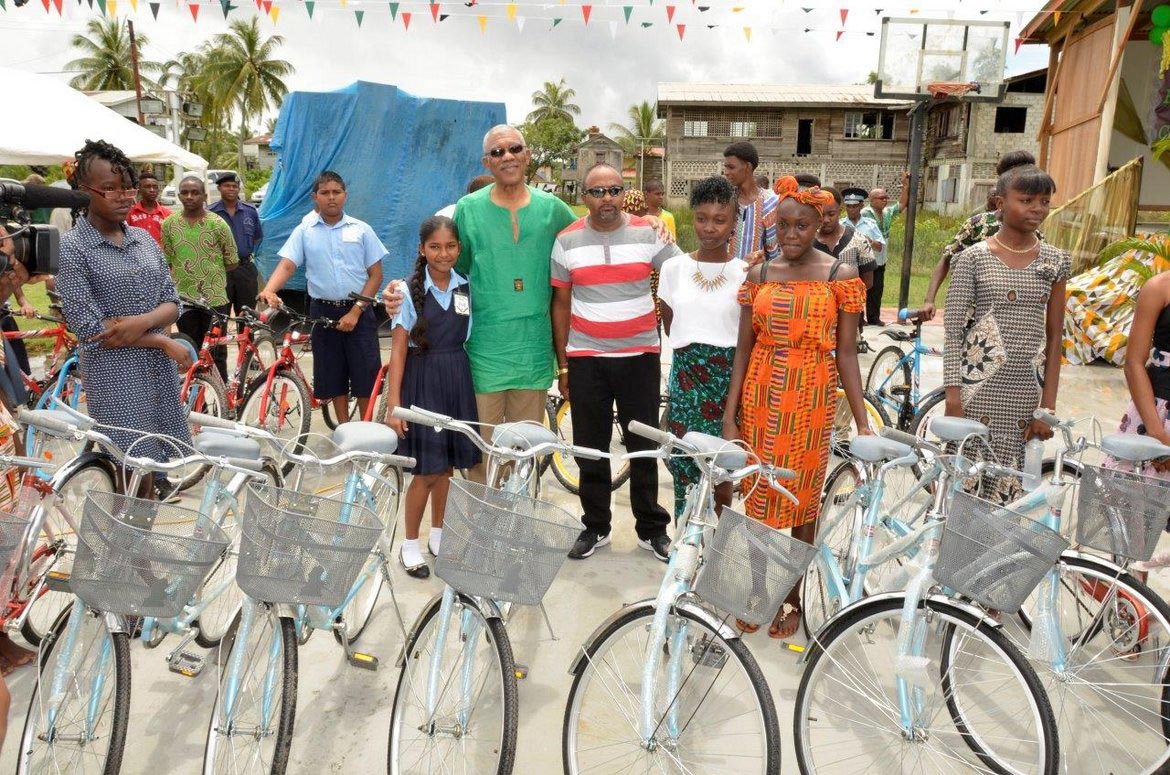 Georgetown, Guyana – (August 2, 2016) President David Granger, yesterday, called on Guyanese to put their differences aside and to emulate our ancestors by pursuing education and by working together to build successful villages, communities and a better Guyana for all, as the nation joins other Caribbean countries in observing 178 years of Emancipation.

“Today is a day for departure; a departure from degradation, a departure from discrimination, from domination… Today we pay homage to the founders of these villages, not as ethnic enclaves to separate and divide our people, but as settlements where people could be free. We pay homage to the churches, which stood by the people during the dark days of enslavement, to the village fathers; those 65 pioneers who saved their money. The 1st of August reminds us of the blood, which was shed to make us free today. Today we are proud, proud of the emancipation struggle, proud of the movement, proud of the village movement, the political movement, the cultural movement,” President David Granger said, in his address at the Plaisance Glory Light Tabernacle Emancipation Service and Breakfast and then later in the day at the Ithaca, Mahaica-Berbice Region.

The President iterated that this occasion must be used to bridge gaps and to foster freedom in every sense. He noted that it is through Emancipation that Guyana has been blessed with a diverse population from different racial groups in which all members are endowed with unique talents, skills and cultural heritages, which must be unified for nation-building.

President David Granger with donor to the ‘Five B’s’ programme,Mr. Divendra Jagroo and some of the recipients of bicycles. 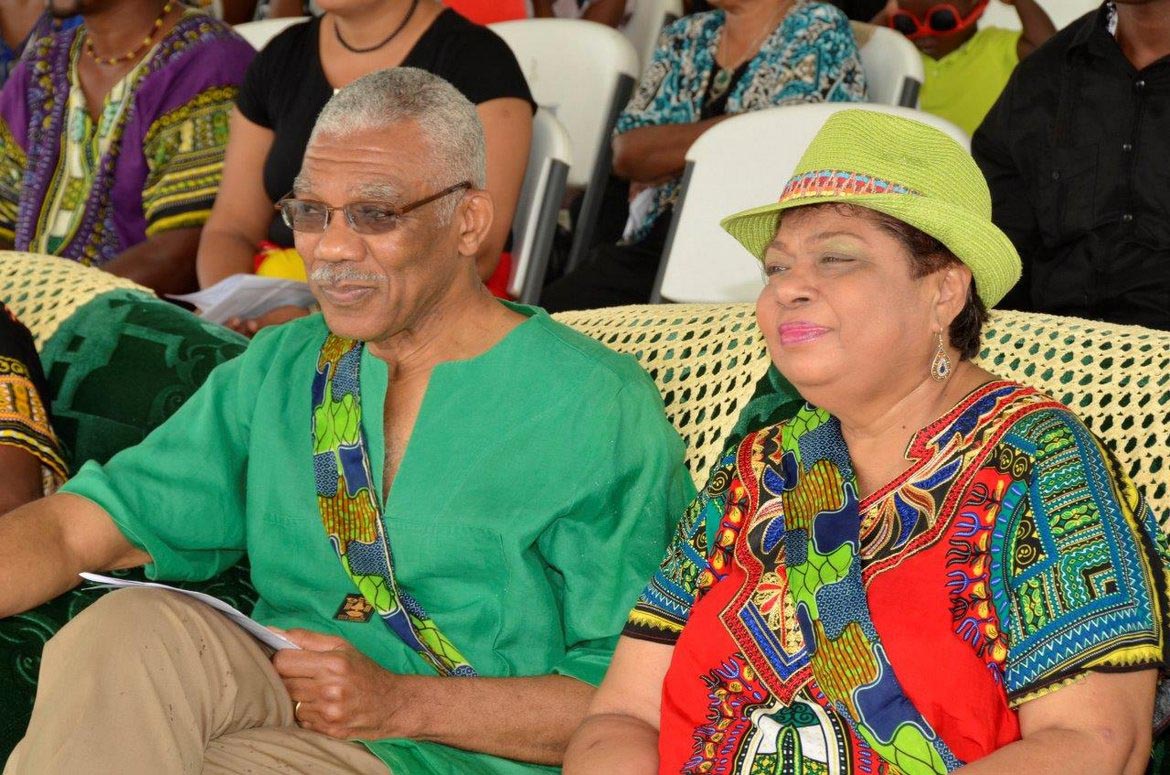 President David Granger and Minister of Social Cohesion, Ms. Amna Ally, enjoying the cultural presentation by the residents of the Ithaca village.

“We have a beautiful gift in Emancipation, the gift which has brought our various ethnic groups together, a gift which has transformed plantations into a nation. It has brought people from four continents. Emancipation has to be protected or else we will lose it. We will lose 178 years of our history if we are not careful. There are dark forces, which want to divide us but these villages united us, brought us together in harmony. Let us look after our children and our future as our forefathers have looked after us,” President Granger said.

Later in the day, at the Ithaca Basketball Court in Mahaica-Berbice, the President reiterated the necessity for united villages to build the nation. He also reminded the gathering that last year he declared November 7 as the National Day of Villages to honour the contributions that villages have made to development.

“These villages, which were established on the coastland, were the single most economic, social and political development in the history of our country,” he said. President Granger further said that the historical pillars of success: family, religion, education and gainful means of employment, particularly in the agriculture sector, must be upheld.

Education is key to realising these goals, he said, even as he encouraged the gathering to make it their personal duty to stamp out truancy and illiteracy. The President also recalled that the United Nations in 2015 designated the International Decade for People of African Descent from 2015 until December 31, 2024, and that one of the main focuses of the observation is education; one of the pillars of the Emancipation and villages movement.

“Unless we work on this goal, we will not achieve full emancipation. Emancipation is not something, which has happened, Emancipation is continuous. You have to continue working to ensure that you are free. Let us look after our children,” President Granger said.

The Head of State also presented 20 bicycles to secondary school students from the region, which were donated to his “Boats, Buses, Bicycles, plus Breakfast and Books (‘Five Bs’) Programme. 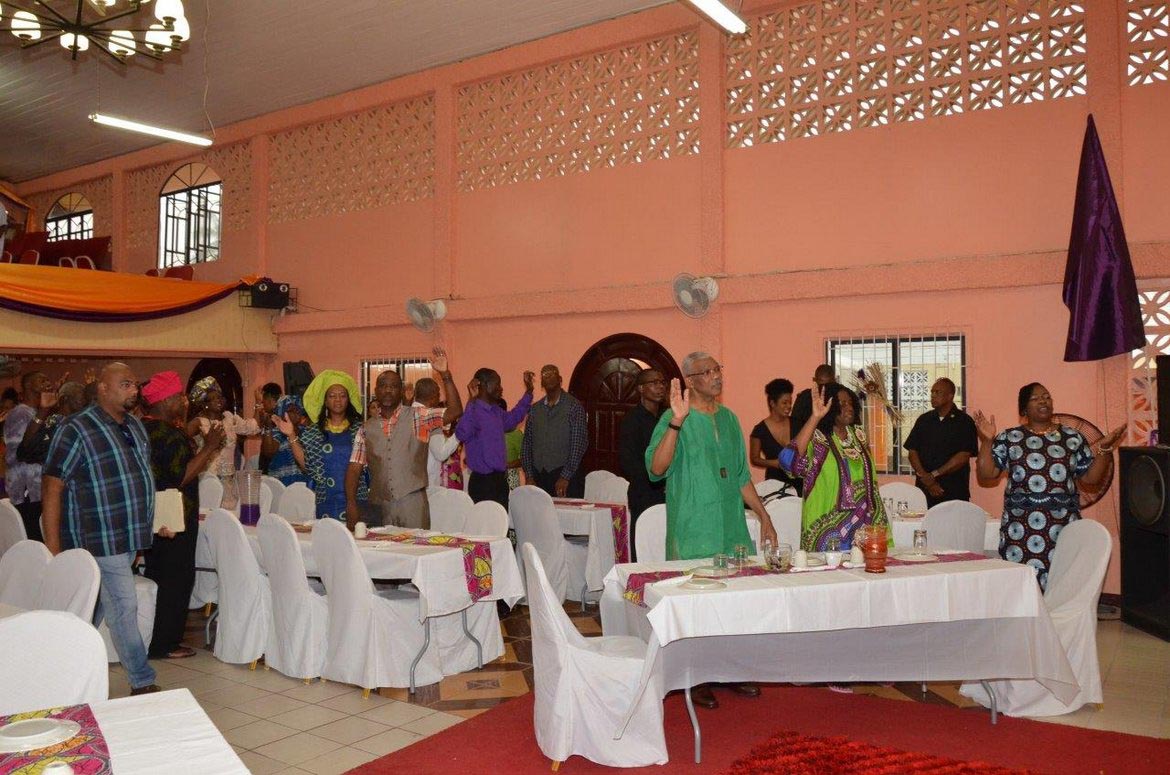 President David Granger, this morning, joined the congregation of the Plaisance Glory Light Tabernacle for a worship service as part of their annual Emancipation Service and Breakfast programme.

Mr. Divendra Jagroo, a businessman who now resides in The Bahamas and former President of the Guyana/Bahamas Association, donated the bicycles. He said that he was inspired by the President’s initiative and given the fact that he, like the President, grew up in Bartica and knew of the struggles of getting to school, he immediately took a decision to support the programme.

“I came across the initiative online and it inspired me… so I went to my group and I advocated for us to do something because it is a group for Guyanese, started by Guyanese. Our target is actually 100 but we have handed over 60. The 40 will come, if not from the group then from me personally and this is not the last time you will see me in this,” he said.

Later, President Granger presented 125 elderly and impoverished persons from the village with food hampers. He also presented a quantity of exercise books and sport gears to the community. 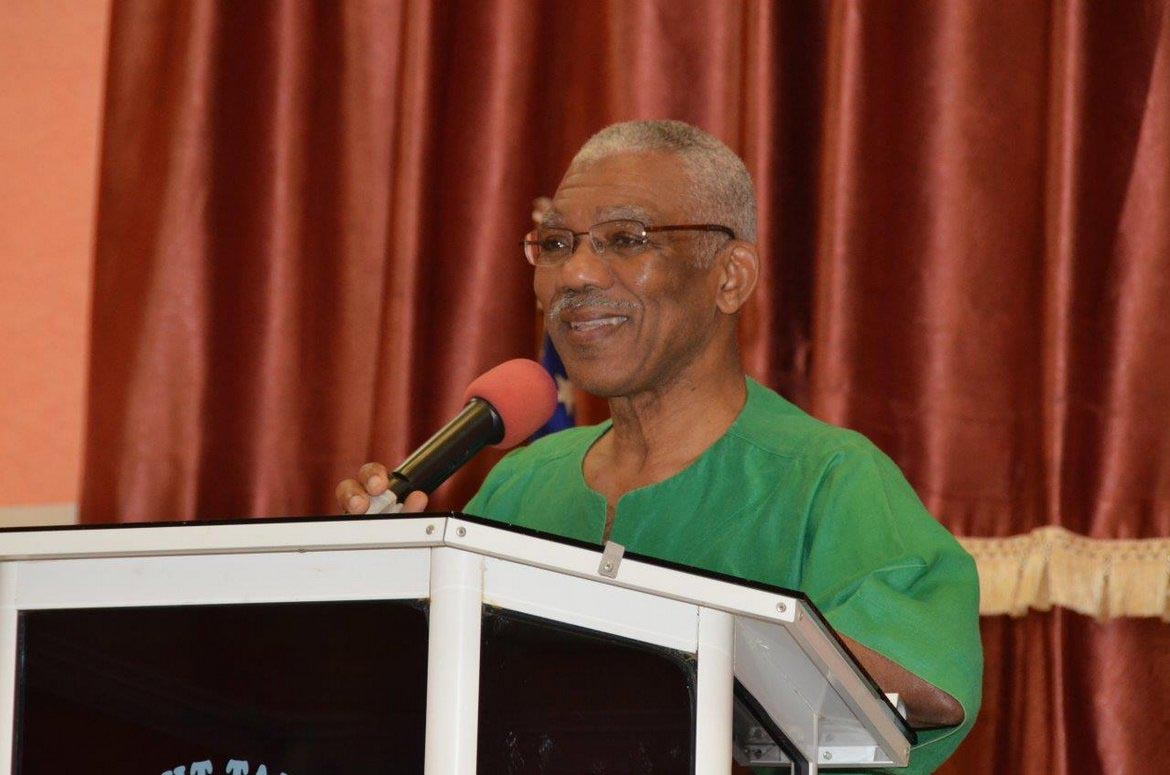