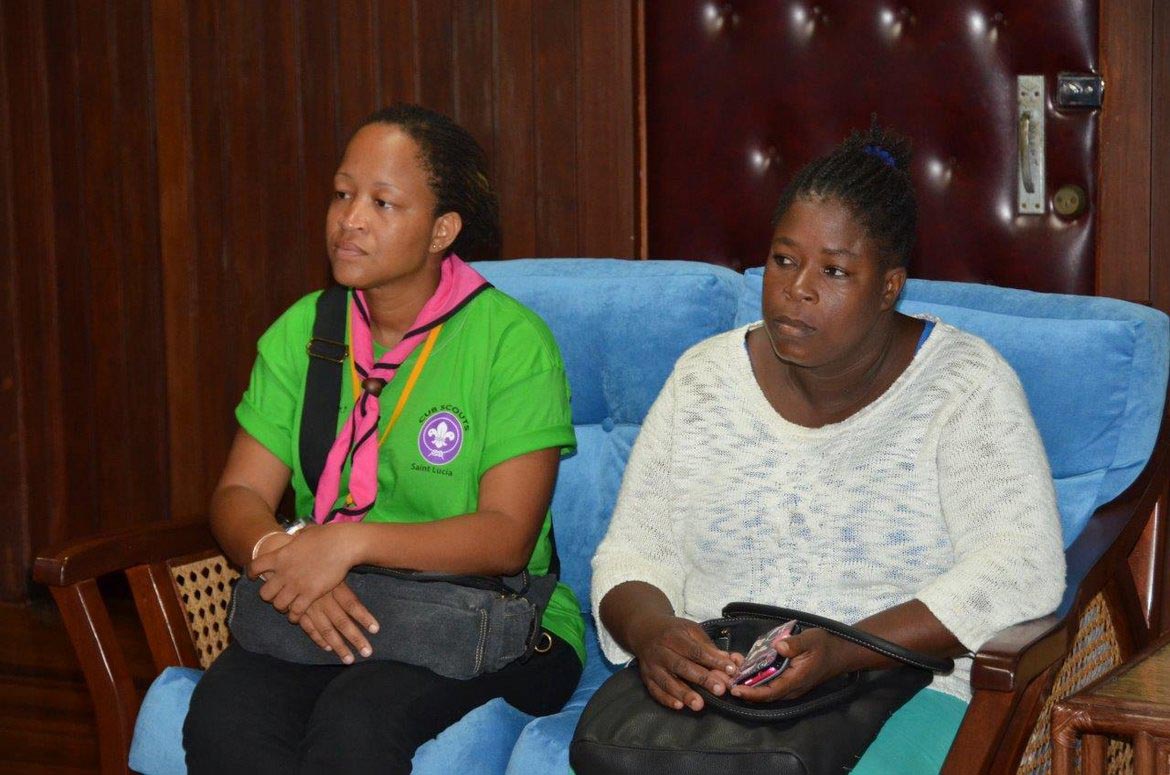 Georgetown, Guyana – (July 28, 2016) President David Granger, early this morning, at the Ministry of the Presidency, met with Dr. Amarnauth Dukhi and Dr. Sheik Amir, the doctors who have been treating nine year old Darnell Ajani Matthew and eight year old Nick Josh Omari Joseph, the St. Lucian Cub Scouts, who were injured in an accident on Tuesday on Woolford Avenue as well as the mothers of the boys.

While Darnell Ajani Matthew was treated and sent away, Nick Josh Omari Joseph remains in a stable but critical condition at the Georgetown Public Hospital Corporation (GPHC). His mother, Ms. Delia Finistere, arrived in Guyana yesterday.

Ms. Delia Finistere and the mother of the other injured Cub Scout, Ms. Jacqueline Matthew, who is also a Scout Leader were both assured by President Granger that the doctors and medical staff of the as well as the Government of Guyana, will do everything possible to ensure that young Nick makes a full recovery and any needed support is provided the Darnell, who has been discharged.

“My concern is to ensure that my country provides them with the best healthcare and to see them restored to good health… We will continue to ensure that through the hospital and through whatever other resources we have that the boy continues to have the best treatment.  The most important thing for the Government of Guyana and the Scouts Association of Guyana, is the wellbeing of the boy,” he said.

President Granger is also in direct contact with the Prime Minister of St. Lucia, Mr. Allen Chastanet, who is following the matter closely. The Government of Guyana and the Scouts Association of Guyana, which was represented by its President, Mr. Ramsay Ali at the meeting, will continue to offer whatever support necessary to the parents and children.

At the end of the meeting, President Granger presented the mothers with two tokens for their sons.