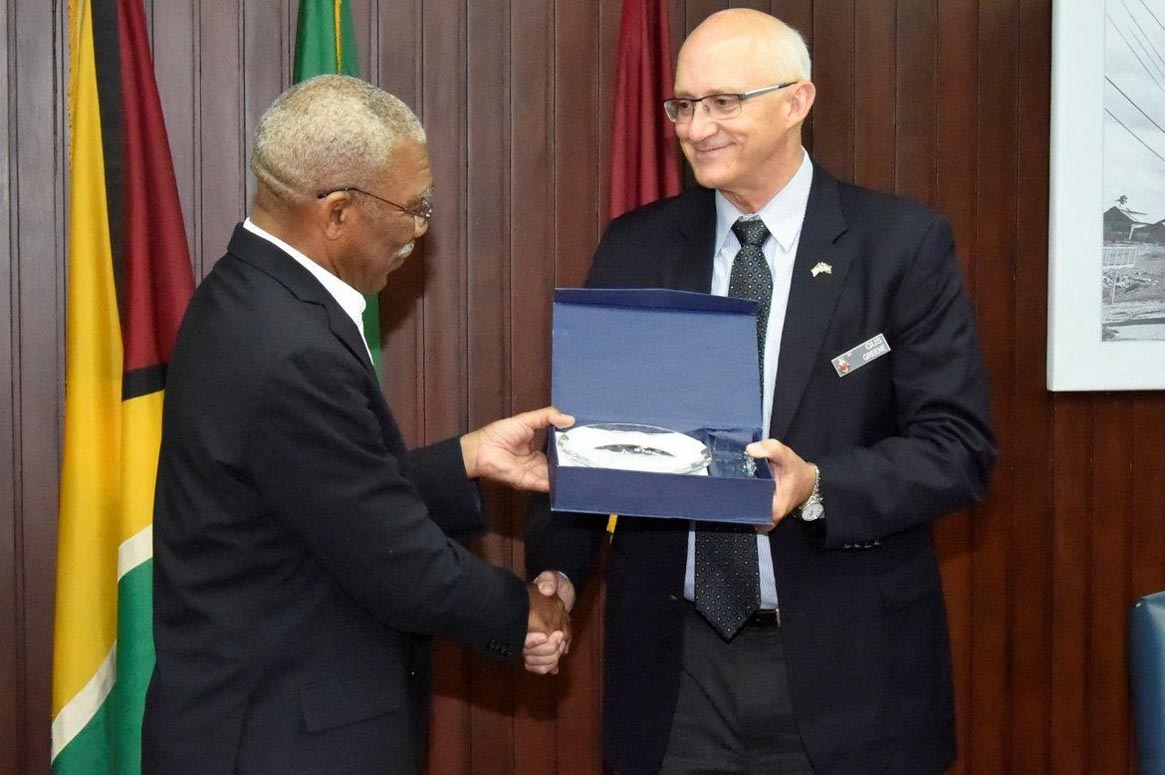 Georgetown, Guyana – (July 27, 2016) President David Granger, this morning, met with a visiting Capstone team of students from the United States’ National Defense University’s General and Flag Officer Course at the Ministry of the Presidency, where he was able to share with them some of the country’s experiences, challenges and strengths in the areas of security and economic development.

According to the University’s website, the Capstone General and Flag Officer Course was created in 1982 with participation on a voluntary basis. The course’s objective is to make the students more effective in planning and employing United States’ forces in joint and combined operations. The Capstone curriculum examines major issues affecting national security decision making, military strategy, joint/combined doctrine, interoperability, and key allied nation issues.

In an invited comment, leader of the group Retired General Michael Carns, United States Air Force (USAF), said that this is the first time the group has been to Guyana and thus far, the experience has been great. He noted that the response and openness especially from the part of the administration is commendable.

“This is a gathering of newly promoted Generals and flag officers, who are on a five week course, which includes two weeks overseas. They elected to come to South America and Guyana as compared to going to Europe or Asia where the others went. This is our first time and we are deeply impressed both by the country and its leadership… I would say that the President was extremely forthcoming and had great candor and frankness. He explained Guyana’s role as a country and a region. There are challenges but he has laid out his priorities with clarity and based on what he has said, people understand what his priorities are and we hope that this can lead Guyana to a bright future,” he said. 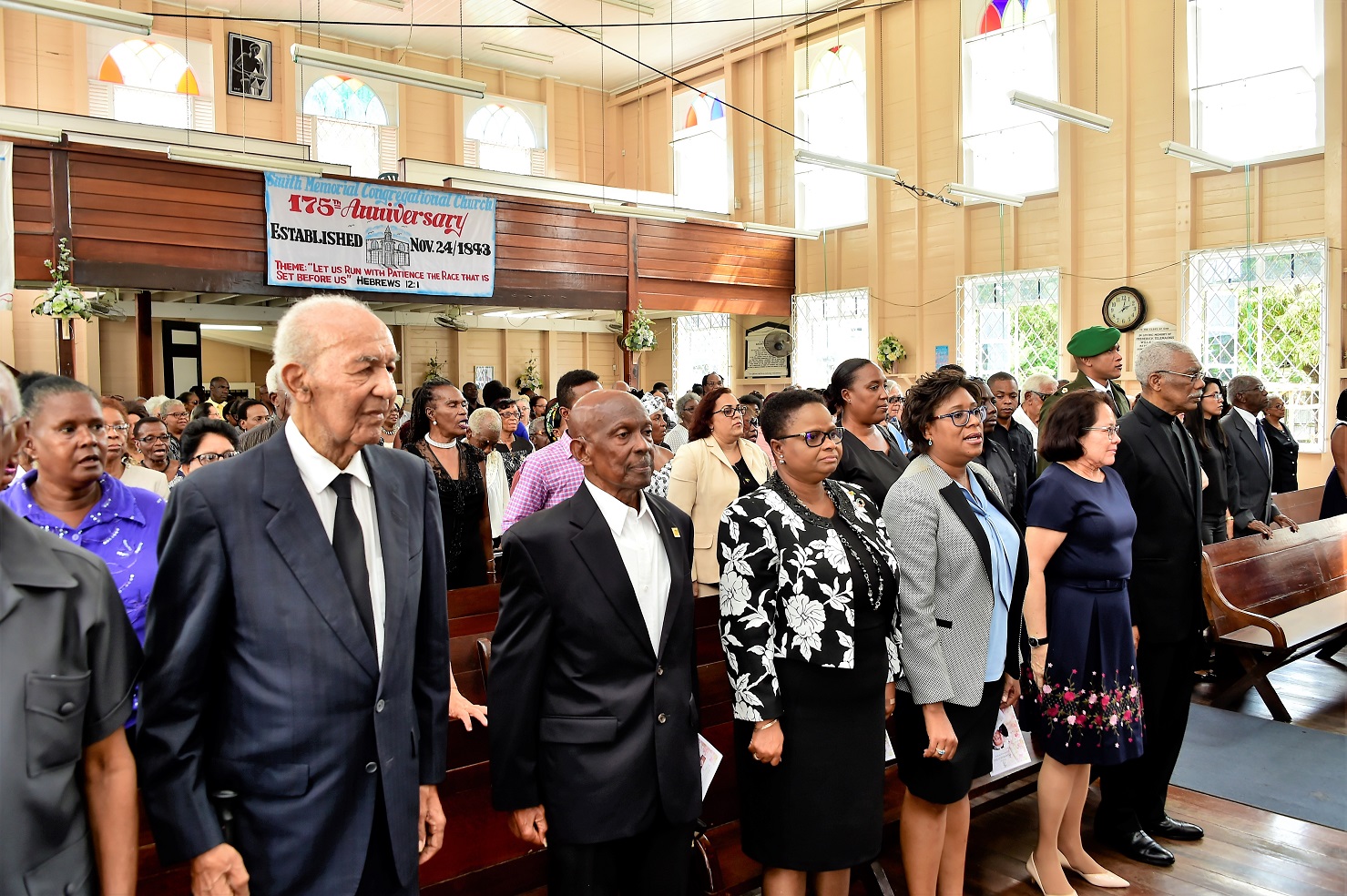 President David Granger greets Retired General Michael Carns, leader of the National Defense University’s Capstone group in Guyana upon his arrival at the Ministry of the Presidency, earlier today.

The Group was accompanied by US Ambassador to Guyana, Mr. Perry Holloway, who also presented a signed letter from President Barack Obama, congratulating the country on its Golden jubilee of independence, which was celebrated on May 26 this year.
Uncategorized
Previous Post