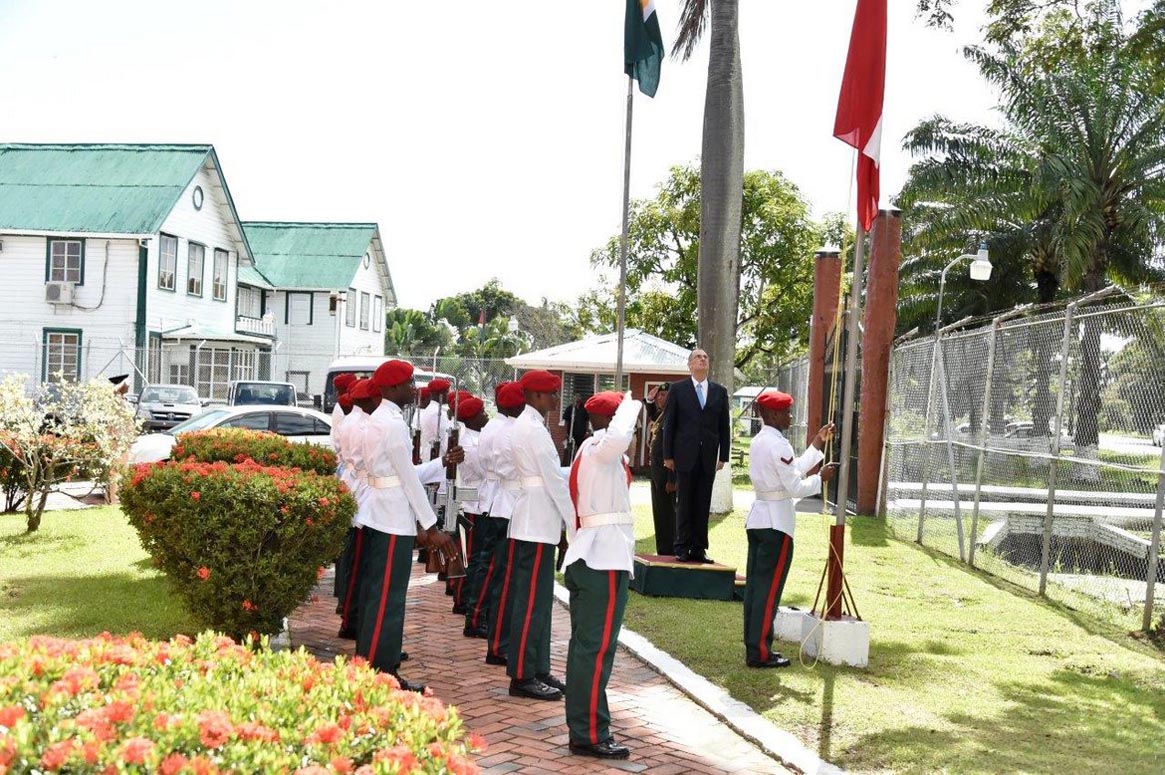 Georgetown, Guyana – (July 20, 2016) President David Granger, this morning, at the Ministry of the Presidency, accepted Letters of Credence from Ambassador Kim Højlund Christensen, accrediting him as Non-resident Ambassador of the Kingdom of Denmark to Guyana.

During the ceremony, President Granger and Ambassador Christensen committed to ensuring that the existing friendly relations between the two countries are further strengthened for the benefit of both nations.

Ambassador Christensen said that Guyana and Denmark share common areas of interest. The two nations also share a long-standing relationship marked by mutual respect and friendship. He added that he will work to ensure that the relationship continues to bloom.

“It is my fervent hope that I would succeed in my endeavours to promote further, the good relations between our two countries. Denmark and Guyana have both continued to show that they can come together on important global decisions. This was demonstrated by the adoption of the Sustainable Development Goals in New York last September and by the Climate Change Agreement in December. Our countries show an interest in ensuring strong and multilateral organisational frameworks for dealing with the challenges of globalisation. We also share a common interest in the achievement of a green economy,” he said.

Welcoming the Ambassador to Guyana, President Granger said that the relations between the two countries have been characterised by the principles of mutual respect, mutual non-interference in each other’s internal affairs and cooperation for mutual benefit. Guyana, he said, recalls with appreciation, the agreement signed in 2004 cancelling Guyana’s commercial debt to Denmark. 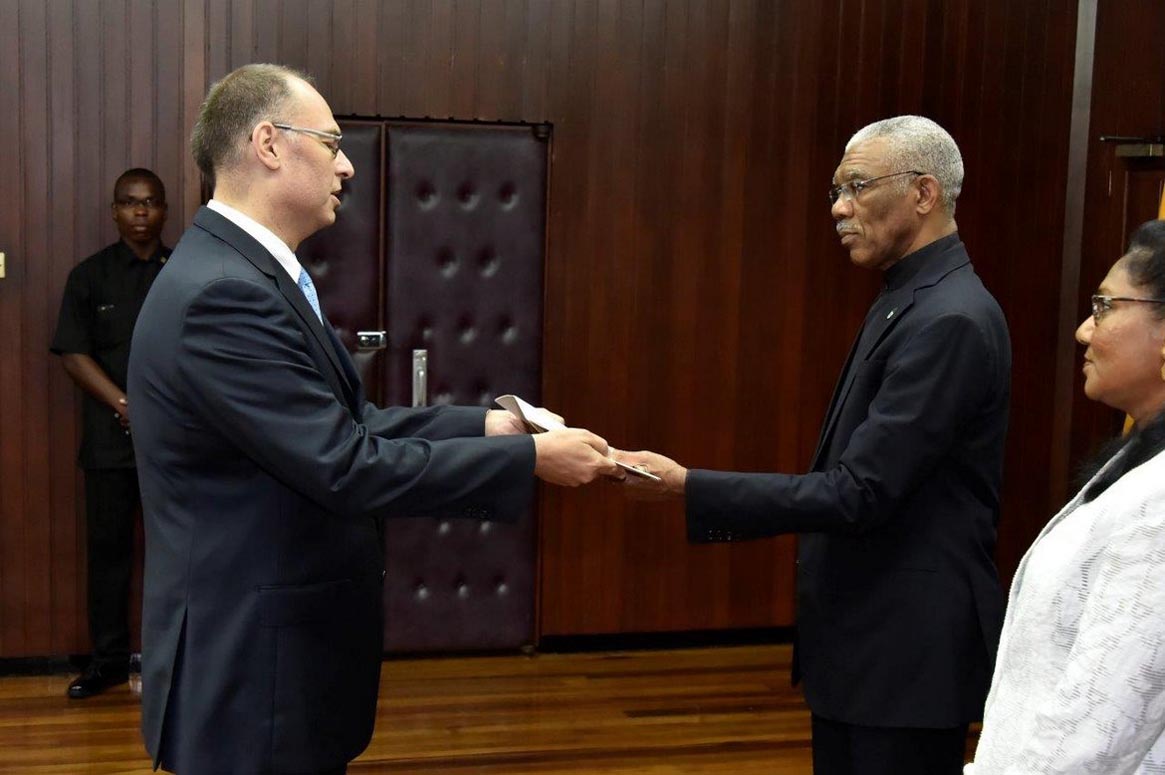 “We look forward to continued cooperation with Denmark in addressing common global challenges. Guyana is committed to continuing to be actively engaged on global issues, such as the mitigation of the adverse effects of climate change, with the aim of finding sustainable solutions. Guyana ratified the Paris Agreement on May 20, this year. Guyana is committed, also, to realising, through international cooperation and national developmental initiatives, the ambitious objectives which we have set ourselves as part of the United Nations 2030 Agenda for Sustainable Development,” President Granger said.

The President said that Denmark is an international bellwether in the development of sustainable energy and as Guyana pushes ahead in its drive for a ‘green’ economy, the country looks forward to working closely with Denmark to advance cooperation for the development of the renewable energy sector.

“Guyana, like Denmark, is a small, low-lying, coastal state. We are keen to learn from Denmark’s experience with community energy models, which can guide our own path towards the implementation of our own national ‘green’ agenda… We are committed, unreservedly, to the principles and purposes enshrined in the Charter of the United Nations, especially those with regard to the settlement of all international disputes by peaceful means and for the avoidance of the threat, or use of force against the territorial integrity or political independence of any State,” he said.

Mr. Christensen will be based in Brasilia, Brazil and replaces Ambassador Svend Roed Nielsen.

The Cooperative Republic of Guyana and the Kingdom of Denmark established diplomatic relations on November 16, 1979. Mr. Robin Mark Sievewright Stoby is the Honorary Consul of Denmark in Guyana. 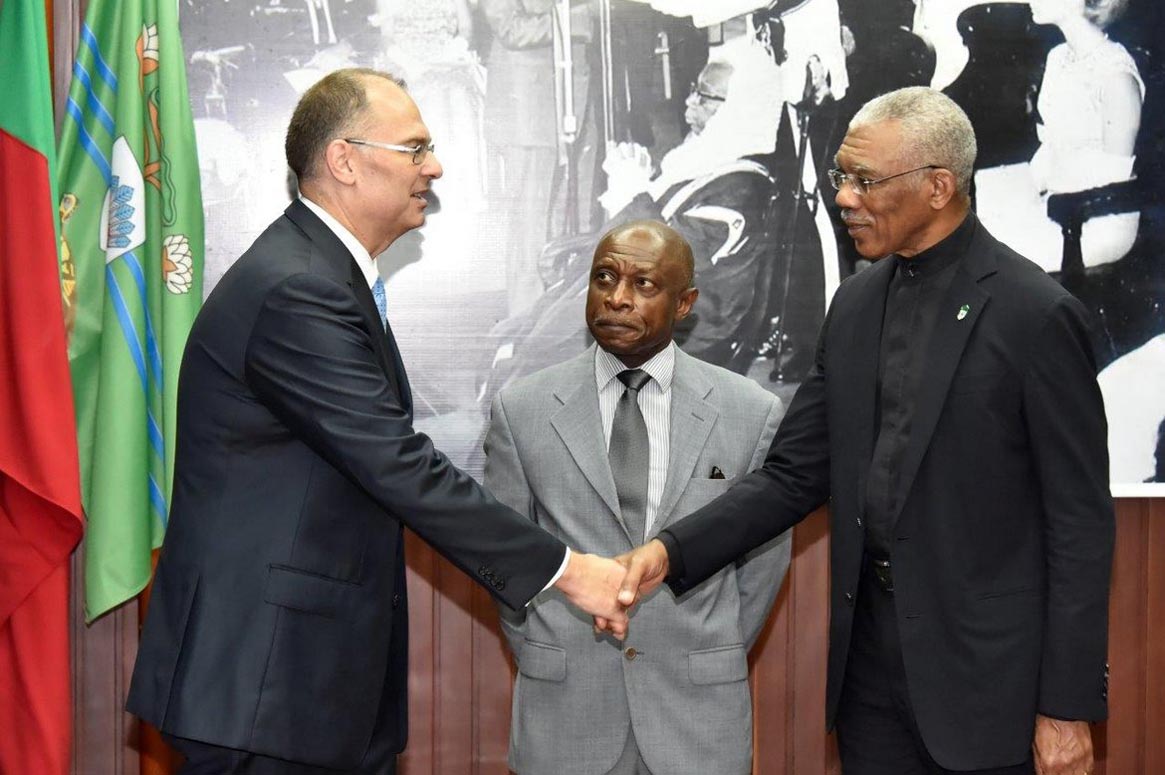