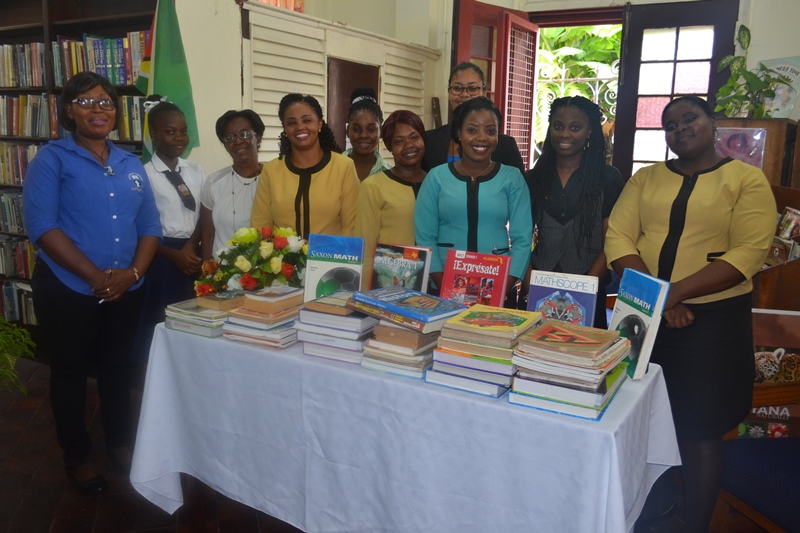 Georgetown, Guyana – (July 20, 2016) Minister of Social Cohesion, Ms. Amna Ally, this morning, received a gift of 60 bicycles from the Guyana Bahamas Association that will be distributed under President David Granger’s Boats, Buses, Bicycles plus Breakfast and Books (‘Five Bs’) programme.

Mr. Deavindra Jagroo, who is based in The Bahamas and is the immediate past president of the Guyana Bahamas Association, said when he heard of the programme he felt compelled to assist and took the idea to his group.

“I know it will take the President’s initiative forward,” said Mr. Jagroo, who was accompanied by his wife Ms. Devi Jagroo.

Minister Ally thanked Mr. Jagroo and the Association for their public-spiritedness. “I trust that we can have more people like you coming forward to support the programme,” she said.

In an invited comment, Mr. Jagroo said that under his tenure the Association purchased 60 bicycles, with a view of providing 100 to the programme. The first batch of 20 bicycles will be handed over to the Ministry on Tuesday, July 26, 2016.

Mr. Deavindra Jagroo points out a particular feature on one of the bicycles to Minister of Social Cohesion, Ms. Amna Ally, this morning, at the Ministry of the Presidency.

Message of Condolence from His Excellency Brigadier David Granger, President of the Cooperative Republic of Guyana, on the passing of His Lordship Randolph George, former Bishop of Guyana.