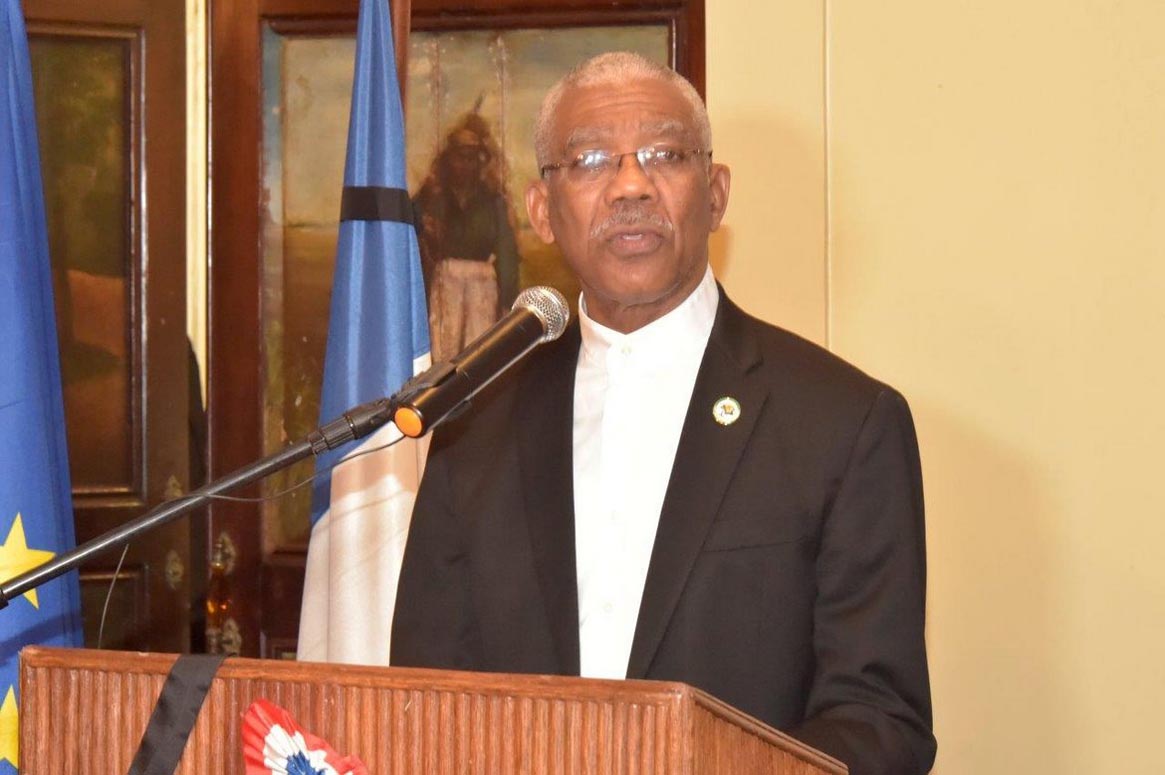 Georgetown, Guyana – (July 17, 2016) President David Granger, last evening, said that Guyana stands firmly behind France, even as he condemned the July 14, 2016 terror attack in Nice, during the Bastille Day celebrations.

The President, who was at the time delivering an address at a reception held by the French Consulate in Guyana to observe its National Day, said that Guyana empathises with France and extends its support and prayers.

“The celebration of this year’s ‘fête nationale’ has been dampened by the tragic and terrible atrocity in Nice last Thursday, 14th July 2016. Guyana joins in condemning this terrorist act. We extend our deepest condolences to the President, to the Government, to the French people and to the families of all those killed in this repugnant act of terror. Guyana reiterates its repudiation of the use of violence against innocent civilians. We abhor the use of force to settle disputes and to unsettle peace and security both amongst and within nations,” President Granger said.

Guyana, he said, stands determinedly against intimidation, including threats to its own territorial integrity. This country remains committed to the rule of law, international peace and security, international co-operation and partnerships to combat extant transnational threats and therefore empathises with the victims and other affected persons.

On a softer note, President Granger said that Guyana and France have enjoyed cordial relations since the establishment of diplomatic ties June 22, 1967. This can only be strengthened, in the coming years, with cooperation in a number of areas.

“Guyana is appreciative of France’s support especially in the fields of culture, education and public safety. The friendship between our two republics forms a firm foundation [upon] which to enhance our collaboration in confronting common transnational threats. Guyana applauds France’s efforts and, particularly, the leadership of President François Hollande in ensuring the achievement of a global agreement on climate change in Paris last December. The Paris Agreement opens new opportunities for cooperation in order to respond to the global threat of climate change. Guyana’s ‘green’ agenda incorporates the commitments that we made at the signing of the Paris Agreement… We will play our part, in collaboration with friendly and supportive nations, including France, to achieve the targets set by the international community to limit the rise in global temperatures,” the President said.

In the meantime, France’s Ambassador to Guyana, Mr. Michael Prom, expressed appreciation for the care and support, which has been shown by the Guyanese people to his country in its time of grief. The Ambassador said that Guyana and France’s relations have always been more than bilateral and it is his hope that this will continue to grow over the coming days, especially in the area of climate change; a fight, he said, Guyana is leading.

“Our relations are not only bilateral interest, but also setting up action and positions in larger frames, regional and global. Or climate change for example, the works that we did together. Guyana is at the forefront in the fight against climate change and the protection of our environment and biodiversity. It is important that the work that we have already done together…continue,” he said.

The event was also attended by First Lady, Mrs. Sandra Granger, Vice President and Minister of Foreign Affairs, Mr. Carl Greenidge, members of the diplomatic corps, Chief of Staff of the Guyana Defence Force, Brigadier Mark Phillips and others. 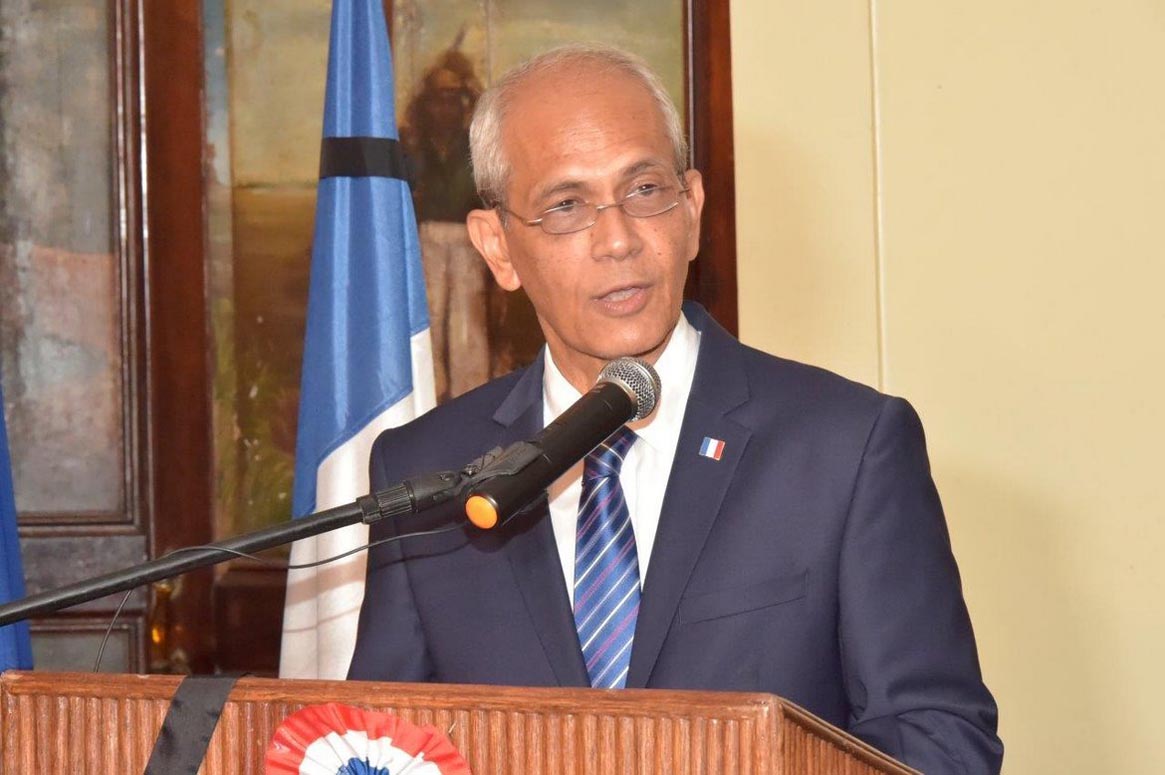