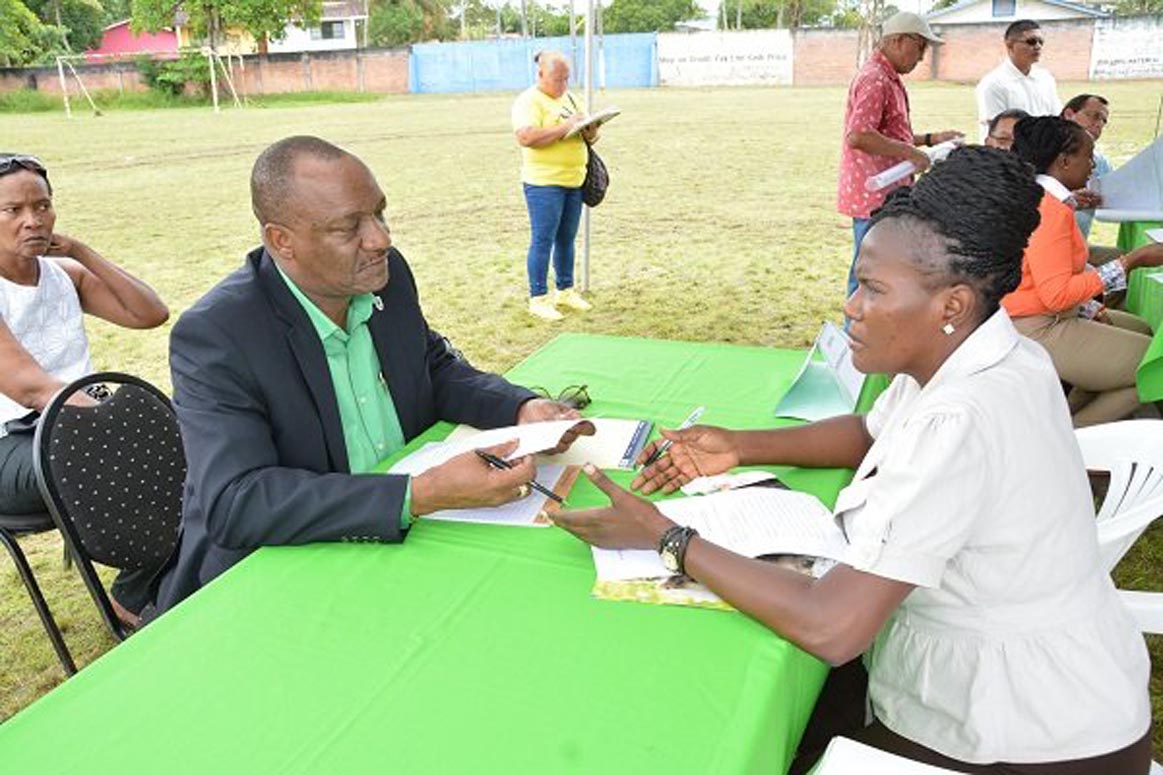 Georgetown, Guyana – (July 15, 2016) More than 400 persons, today, showed up at the McKenzie Sports Club Ground in Linden, Upper Demerara-Berbice (Region 10) to attend the ‘Meet the Public’ forum, organised by the Ministry of the Presidency and hosted in collaboration with the Government Ministries and other state agencies. At today’s event, which saw residents raise concerns mainly in the areas of housing, land titling and sport, residents expressed their gratitude to the government for meeting with them to assist in solving these matters.

Minister of State, Joseph Harmon, during an interview expressed that he was very pleased with the turnout, and is eager to address the matters that are concerning the people. “We recognise that it is not always easy for citizens to get from their homes to a government office in Georgetown, and in the regions themselves there is a lack of capacity so when we bring people out like this they get to sit with the citizens of this country,” he said.

The Minister added that this is part of fulfilling President Granger’s vision of giving the good life to all Guyanese. “That’s why they wanted us in government, because they want a government that is caring, that understands that there are problems, which they face and that they are bold enough to take the decisions to bring relief to them… We are bringing the good life in installments; small steps along the way, to make people understand that this country is about everyone,” he said.

Minister of State, Mr. Joseph Harmon listening to this resident explain her challenges during the Meet the Public event at the Mckenzie Sports Club Ground in Linden today. 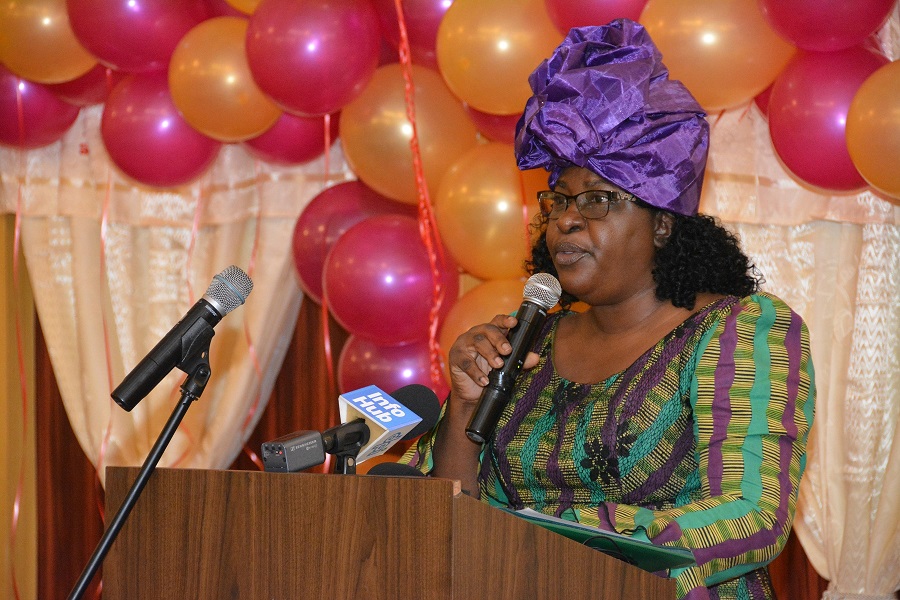 Minister of State, Mr. Joseph Harmon told residents gathered at the Mckenzie Sports Club ground for the Meet the Public Day initiative that he was there to do what Government is suppose to do. More than 400 people turned up during the course of the day.

Of the issues that were raised at the day’s event, Minister Harmon said that issues of land and land titling undoubtedly dominated concerns. ”Many persons are affected by changeover of administration from [the Guyana Mining Enterprise Limited] to [the National Industrial and Commercial Investments Limited] Many of them are at a point where NICIL is giving them approval to own the land that they are on but they cannot get the title,” he said. The Minister said that serious attention will be given to this issue by engaging with the management of NICIL and the Guyana Lands and Surveys Commission (GL&SC) to have this matter solved. “We will have to make some serious decisions in relation to that so that we can bring relief to the people in this region and we will have to make a very special effort to bring that to conclusion,” he said.

In the area of housing, the actual acquisition of land, a matter that APNU/AFC Parliament Representative for Region 10, Mr. Jermaine Figueira explained is also being addressed. “When [Minister within the Ministry of Communities, Mrs. Valerie Sharpe-Patterson] took up office, she saw that Linden only had about 35 house lots earmarked for distribution in this big community. So what she did was employ different agencies to assess the situation,” he said.

He explained that the assessment revealed that there was adequate which can accommodate over 2,000 house lots in Amelia’s Ward. He added, however, that the government is looking for another area where people can have access to more house lots rather than having one area overcrowded. This initiative will also ease the backlog of land applications that would have developed over the years, Mr. Figueira said. 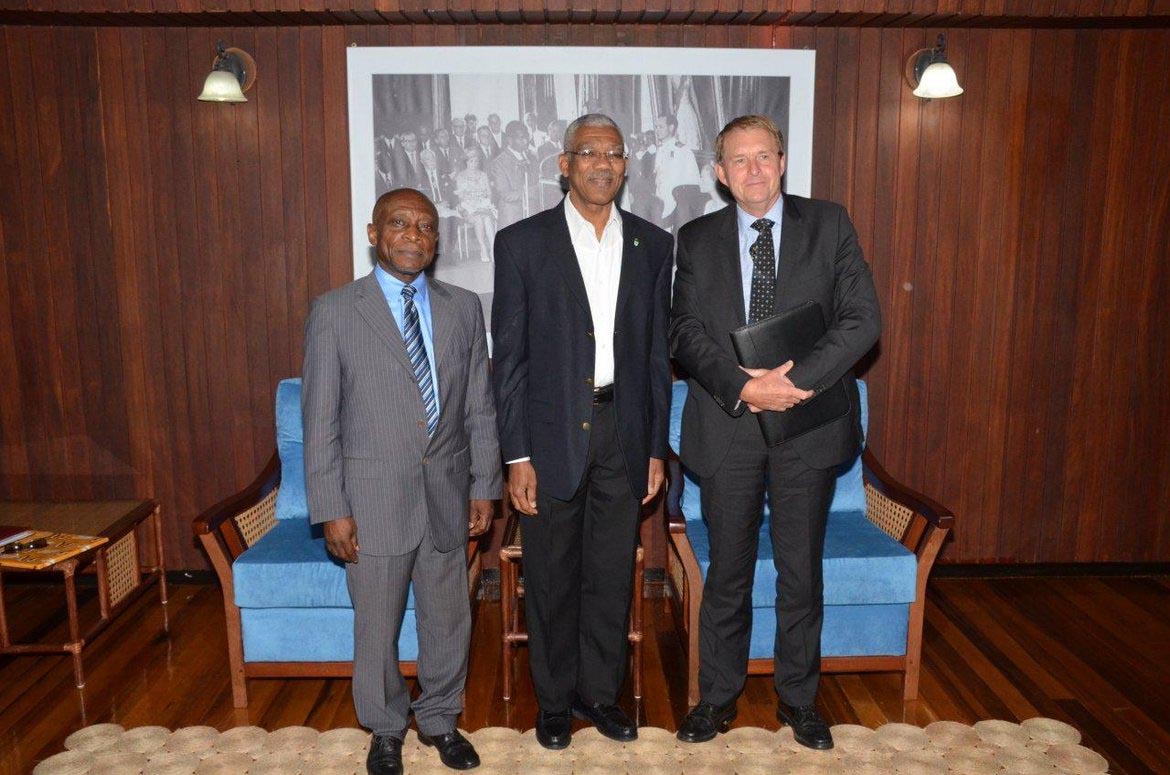 A section of the crowd who attended the Meet the Public Day initiative in Linden today.

Residents also raised concerns over the condition of the McKenzie Sports Club and that of the field. Mayor of Linden, Mr. Carwyn Holland said that the condition of the complex is a major concern of his as well and he is hoping that efforts could be made to have the condition addressed. “As a youngster I played lots of sports here. It also used to be available to the public but it is no longer the people’s place. We want development in this area. People are not allowed to have membership of this institution and this place represents youth development as far as I’m concerned. So all of those things need to be addressed,” Mayor Holland said.

Meanwhile Director of Sport, Mr. Christopher Jones, said that the condition of the McKenzie Ground is a matter of importance and that plans are in motion to address some of the immediate infrastructural matters like the lights and other enhancement works. “Of course this would just be like a plaster of what the ground needs but we are working to address these matters,” Mr. Jones said. He added that to complete all the work needed on the ground would take about GY$20 million and that that he is looking to ensure that allocations for the ground are made in the 2017 budget.

There were some isolated concerns involved issues related to pension, drainage and irrigation, tax related matters and other issues. Mr. Howell Hinds, who had migrated from Guyana, but has returned to invest money in youth development and infrastructure in his hometown of Linden, said that since he returned more than a year ago, he has been denied a certificate of compliance from the Guyana Revenue Authority. 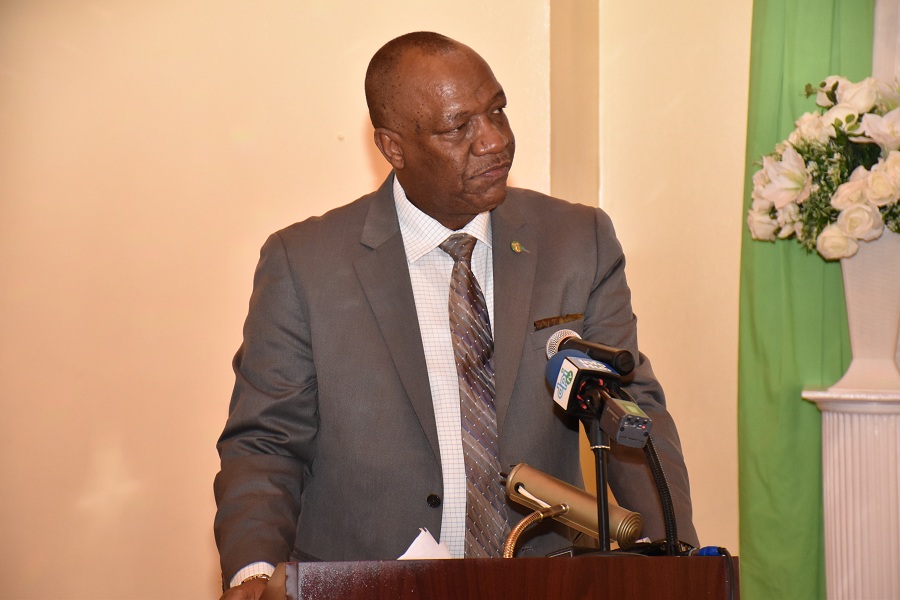 Officials from the Minister of Social Protection listening attentively to the concerns of this resident at the Meet the Public event held in Linden today.

“I have exhausted all possibility to get this compliance so I am here to rectify this problem. I said to them even if there is an issue, let’s sort it out legally or through other channel but in the mean time I am saying let me get my compliance,” he said. Mr. Howell noted that whereas he was unable to make any leeway when he first returned to Guyana, the response received from the officials at this event was overwhelming. “I got an excellent response from them. They have appointed an officer to deal with that issue right away and I am hopeful they will live up to their word,” he said.

Ms. Matred Wills, who said she was unable to get to Georgetown for quite some time, said that she was grateful that the government ministries came to Linden, stating that the town has been neglected for years. Her issue is that she applied for her National Insurance Scheme (NIS) pension for years now, but has been unable to access her pension until now. “ I went into them and they told me to come to Georgetown personally and I said I can’t do that. But the response here was very good. They checked my records and pay slips and such and promised me to deal with it. We have a lot of issues in Linden, and I wish the government ministers can come a bit more often so we can get to solve these problems,” she said.

On the matter of Linden residents feeling neglected, Minister Harmon noted that there is some merit in those sentiments, adding that upon listening to the concerns of the people, it is clear to him that they have not been given quality of public service for many years. “This is why this government is going to take on board these problems that the people have, because this is what we were elected to do. We will touch on every part of this country to know that we are really working for them,” the Minister said.

The Meet the Public Day Initiative is a Ministry of the Presidency initiative, which was launched in December last year, and which aims to ‘take the government to the people’ so that they can air their concerns and have key issues, which are affecting them in their communities, addressed. The Initiative has since been to several parts of the country and have included involvement by various ministries such as the Ministries of Communities, Social Protection, Education, Agriculture and Indigenous Peoples’ Affairs.

Government to decentralise passport services to Linden within one month