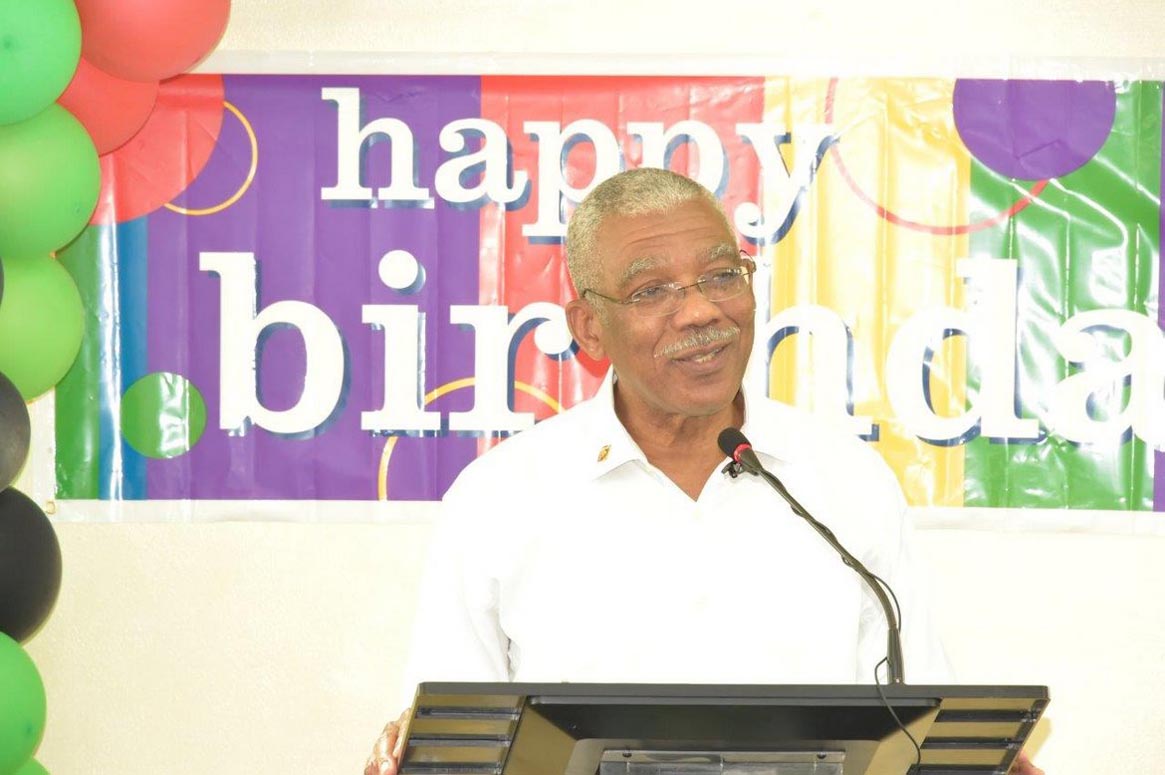 Georgetown, Guyana – (July 15, 2016) President David Granger, today, reaffirmed his commitment to ensuring that a ‘good life’ is provided for all Guyanese, as he ushered in his 71st birth anniversary.

The President, who began his day at a special breakfast organised by the People’s National Congress, at Congress Place, Sophia, said that this celebration only serves to renew his drive and determination to providing a high quality of life for all Guyanese.

“It is a very moving moment for me to be President and be among you today…I think we have put together a team that will transform this country; that will ensure that whatever occurred over the last 23 years or so, wouldn’t occur over the next 23 years… I thank my colleagues and the people and I pray that we will continue to give this country, the leadership that our people needs and deserves. It is about the future; that is what this 71st birthday is all about. I plan and I think about the future,” the Head of State told those present.

Attorney General and Minister of Legal Affairs, Mr. Basil Williams, who gave brief remarks at the event, said that the country was happy to have a President, who is committed to service and the development of citizens.

“On occasions such as these, the celebrations of birthdays, everyone that I know of, has no difficulty in celebrating their birthdays. The only drawback though, is that they don’t like to remember the number. Our President has no problem with that because he is excelling beyond all imagination, whatever age he is at. [He has the] essential qualities of a politician. You cannot be a politician if you are not prepared to [serve] the people of Guyana and we have to keep that focus,” Minister Williams said.

“I pray that we will continue to give this country, the leadership that our people needs and deserves. It is about the future that this 71st birthday is all about,” President David Granger tells those who had gathered at Congress Place to celebrate his 71st birth anniversary 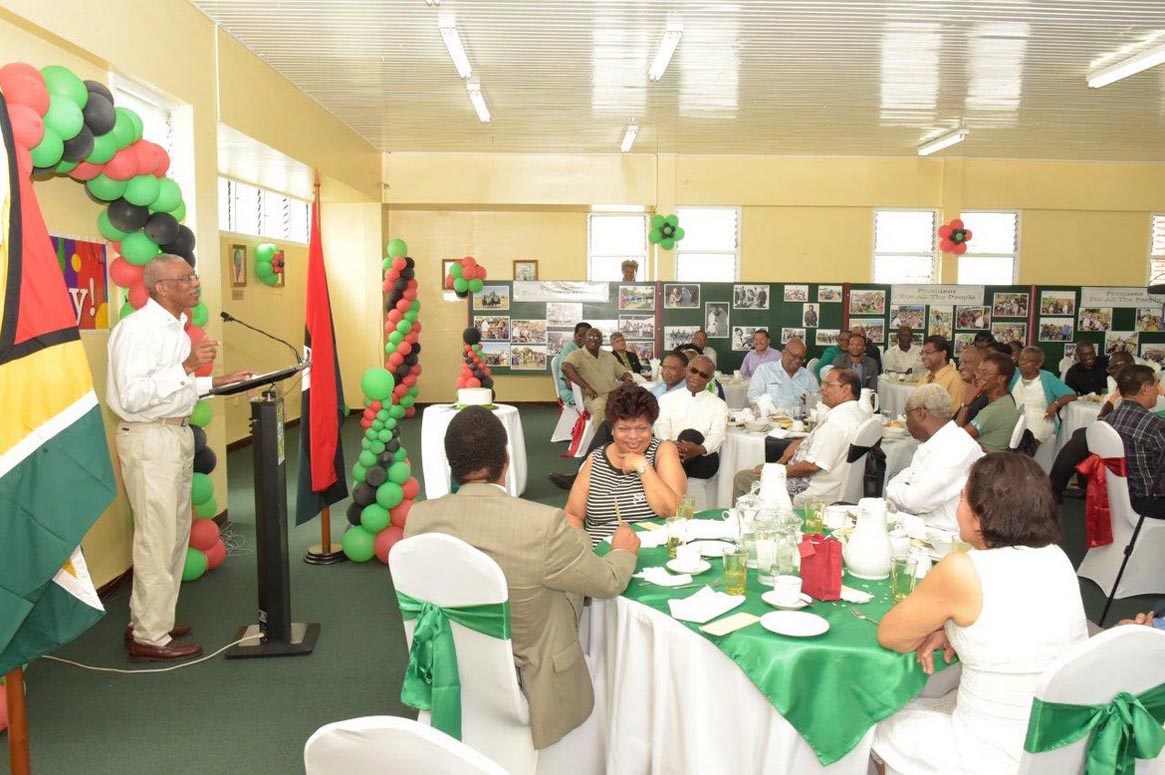 President David Granger addressing the Ministers of Government, other officials and members of the People’s National Congress at the Special Breakfast, which was held in his honour at Congress Place, Sophia, this morning.

Councillor for the Regional Democratic Council (RDC) of the Mahaica Berbice (Region Five) area, Ms. Carol Smith-Joseph, speaking on behalf of the Women’s Arm of the PNC, in her tribute to the President, said that Guyana has seen a change, not only in governance, but in the care and commitment shown to Guyanese people by the administration, under the stewardship of President Granger.

“As Guyana embraces this new transitory phase of renewed governance and development, moving from a country that seemed to have lost its way to one well entrenched on path of economic, social and moral recovery, let us all recognise and applaud the huge presence and impact of God’s special servant. This is a birthday with a difference. It is premised on love, good will and hope for all aspiring Guyanese here and in the diaspora,” Ms. Smith- Joseph said. 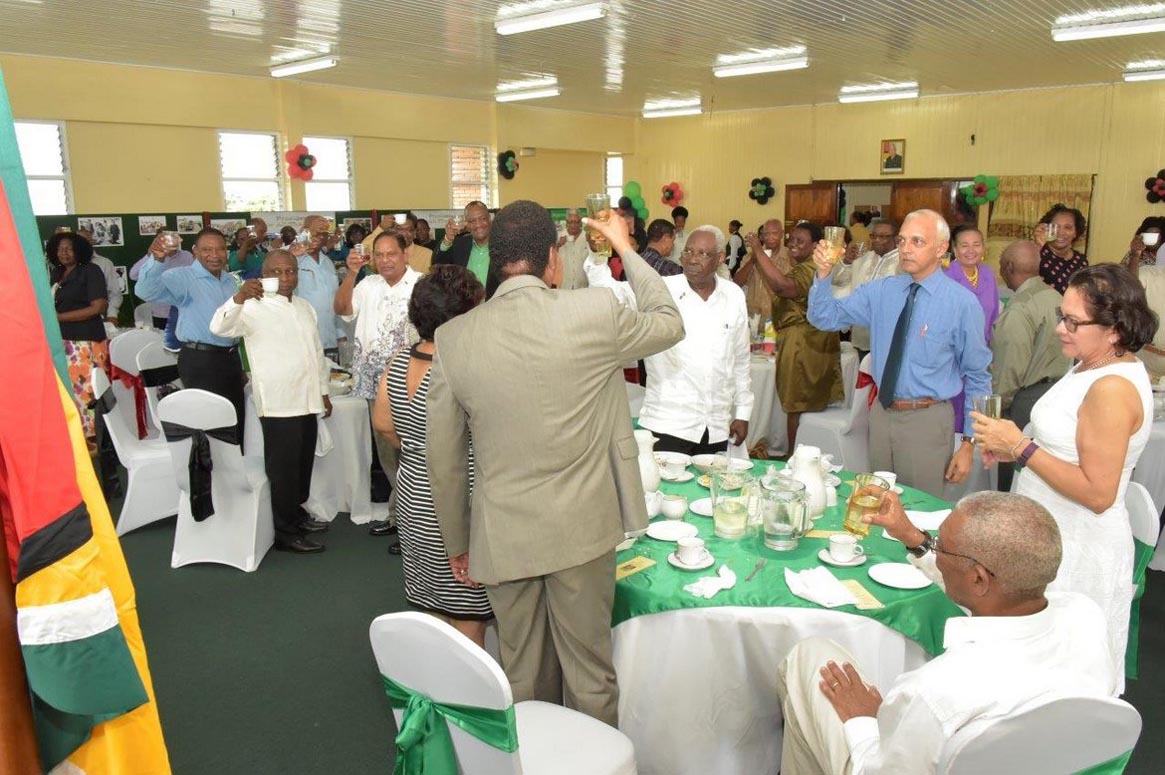 Prime Minister, Moses Nagamootoo, Ministers of Government and other Government officials proposing a toast to the continue good health and wellbeing of the President. 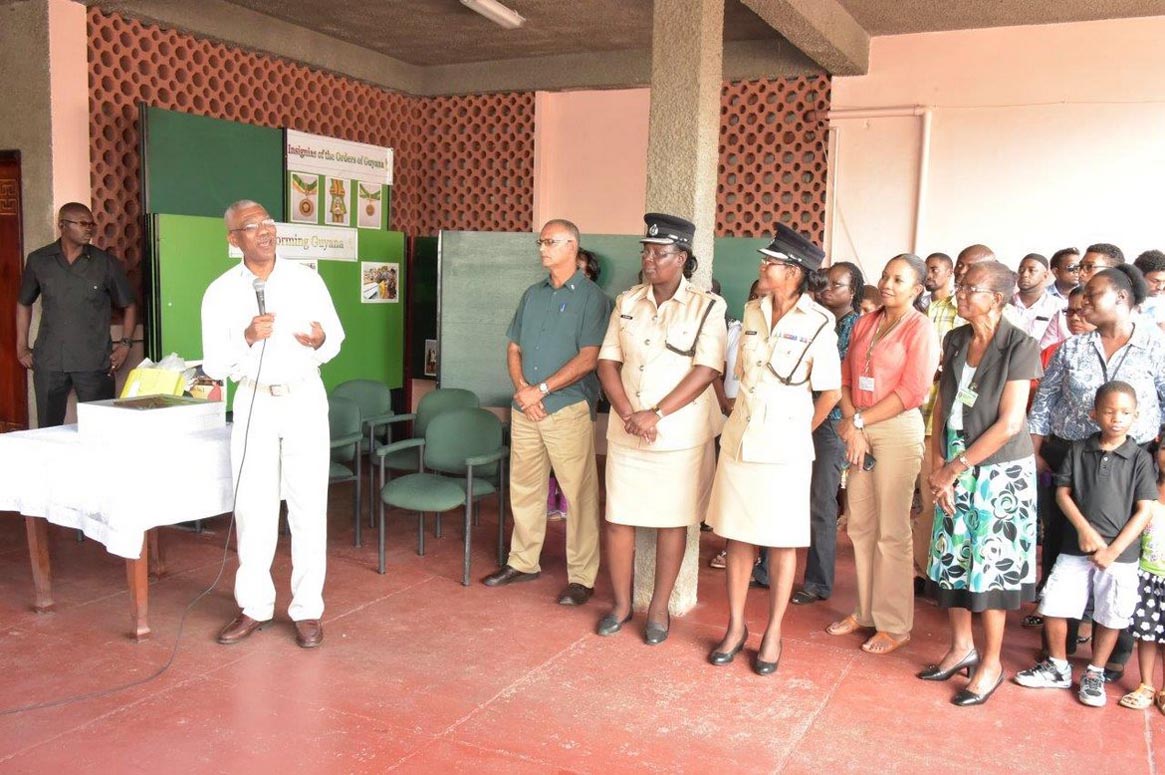 “Today, my 71st birthday, I obviously feel some sense of nostalgia but more than that I feel a sense of confidence that people are with me, that people understand where I want to go, where I want Guyana to go, people understand the type of country I want our children and grandchildren to inherit and that we will all do this together” – President Granger told staffers of the Ministry of the Presidency and members of the Guyana Police Force, who held a simple ceremony at the Ministry to celebrate his 71st birthday anniversary.

Over at the Ministry of the Presidency, the staffers and members of the Guyana Police Force (GPF) organised a simple celebration, during which they lustily sang, “Happy birthday.”

The President, expressed his thanks to the staffers, whom he said, has shown tremendous support and dedication to their work, which will ultimately help with the achievement of his vision for the country. 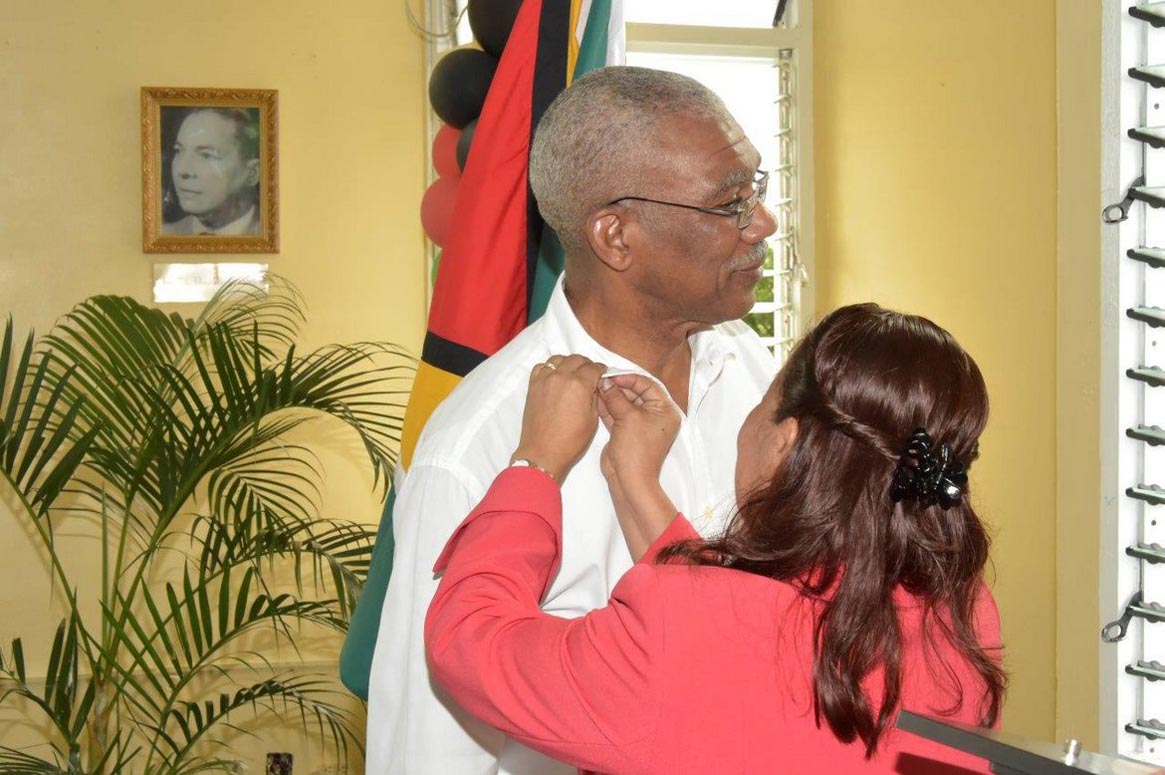 Minister within the Ministry of Communities, Ms. Dawn Hastings-Williams pins a special pin on President Granger, as a token of appreciation from the People’s National Congress.
Uncategorized
Previous Post

Government to decentralise passport services to Linden within one month