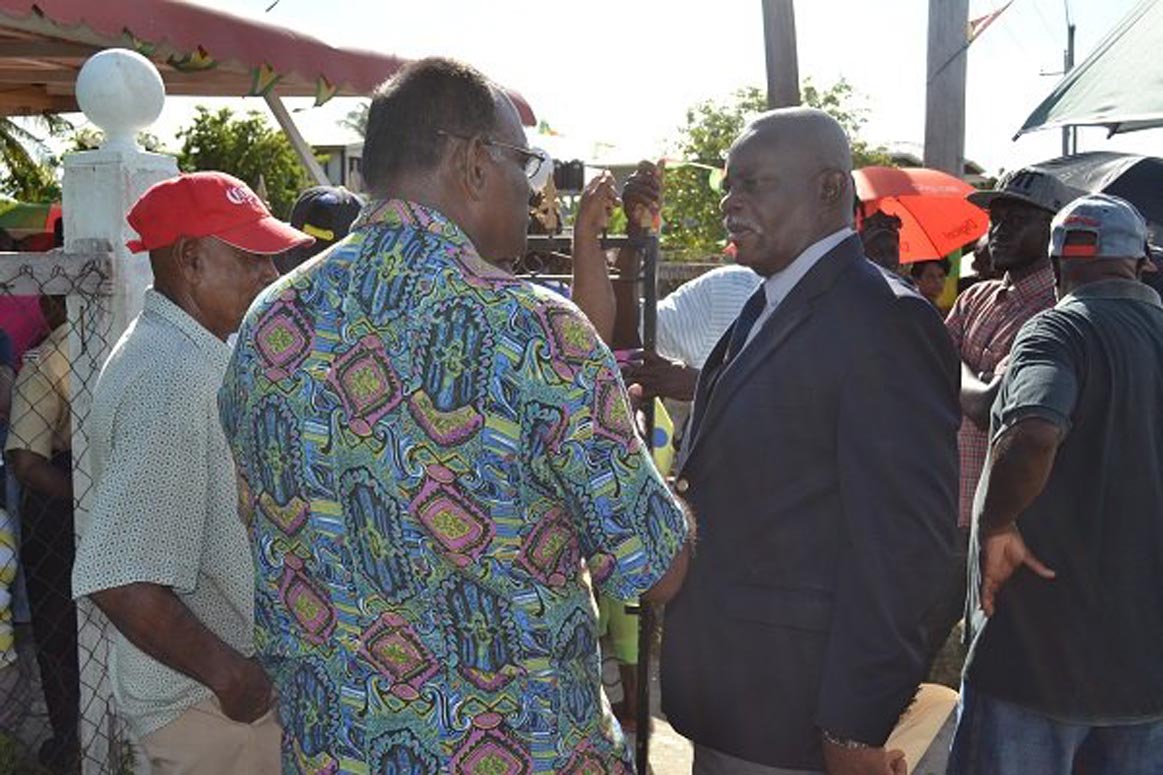 A team comprised of CDC Chairman Colonel (ret’d) Chabilall Ramsarup, Minister of Citizenship, Mr. Winston Felix, other senior members of the CDC and members of the regional administration embarked on an extensive distribution exercise, serving 10 communities across the region.

“We have 28 items in the hamper and I trust that it will be of some value to you,” Mr. Ramsarup said to the large group of persons, who had assembled at the Community Development Centre, Union (Number 30) Village, where a total of 377 hampers were distributed.

Mr. Ramsarup said officers from the Neighbourhood Democratic Council (NDC) did house-to-house checks to identify those persons affected by the flood and a list of names was compiled and submitted to the Regional Democratic Council, which liaised with the CDC to mobilise assistance for the communities.

Meanwhile, Minister Felix said President David Granger and the Government has remained concerned about the suffering and loss residents experienced due to the floods and has endeavoured to provide relief and support. Moraikobai, Mahaicony River residents were among the first group to benefit from hampers, he said, noting that this exercise is just another demonstration of government’s efforts to support the people in difficult times.

“Every misfortune that affects the people of our country affects our President. He is [concerned about] your feelings and your needs and he is struck [by] the discomfort that you’ve been through, during the flood,” Minister Felix said.

Region Five Chairman, Mr. Vickchand Ramphal also expressed appreciation for the donation. He noted that the government has “come on board in bringing relief … to communities in Region Five”.

Beneficiaries from Armadale (6), Hopetown (18), Bush Lot (200) and Mahaica Creek (50) assembled at the Union/Naarstigheid Neighbourhood Democratic Council (NDC) to collect their hampers. At the same time, Major Kester Craig of the CDC distributed hampers to beneficiaries from the Mahaicony River and its environs (200). The parcels included staples such as rice, sugar, flour and milk along with a selection of canned meats, biscuits, personal care items and cleaning agents.