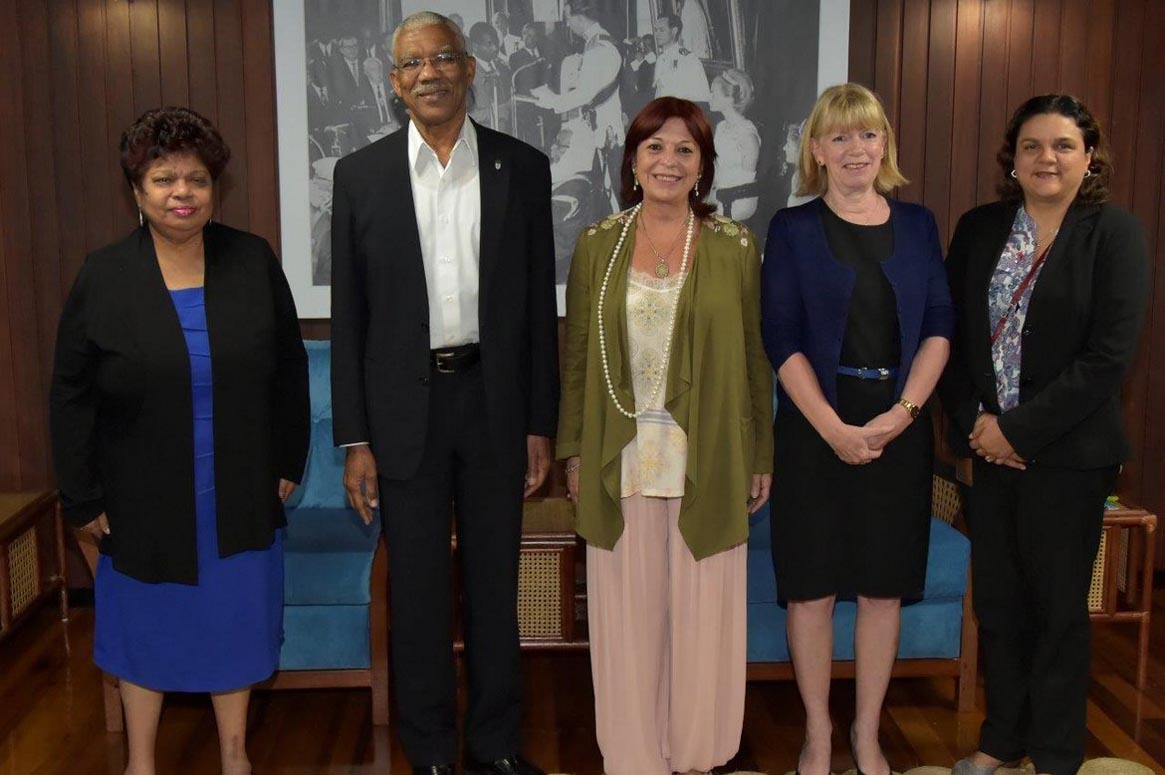 Ms. Perceval, who is in the country for the Hague Convention Conference on International Family Law, Legal Cooperation and Commerce: Promoting Human Rights and Cross Border Trade in the Caribbean, met with the President at the Ministry of the Presidency.

During the meeting, Ms. Perceval noted that the President and his ministers have shown a strong commitment to the wellbeing of the vulnerable groups in the country, especially the children. This, she said, is a characteristic, which must be emulated.

“We recognise your leadership and your drive for adolescents and children. You have our respect for the decision to prioritise, for children and adolescents, education and child protection. These are core issues for the region… We, as humanity, need people like you; need people that could be shocked by the inequities that you find near you and try to fix them. I appreciate your team, your statement, your support to UNICEF and know that you can count on us,” the Regional Director for UNICEF told the President.

Just last evening, the President at the opening of the Hague Convention Conference, reaffirmed his Government’s commitment to ensuring that every Guyanese child is cared for and protected.

“We at UNICEF are very proud of the programme… We speak on children, adolescents and women. We are touched by the President’s statement that every child must live with its family… this helps the country greatly and this point is in the best interest of the child,” she said.

The Five B’s programme has reached almost every region across the country. Already, ten buses, nine boats and hundreds of bicycles have been donated to children and communities in an effort to reduce the inequalities and hindrances to accessing education.