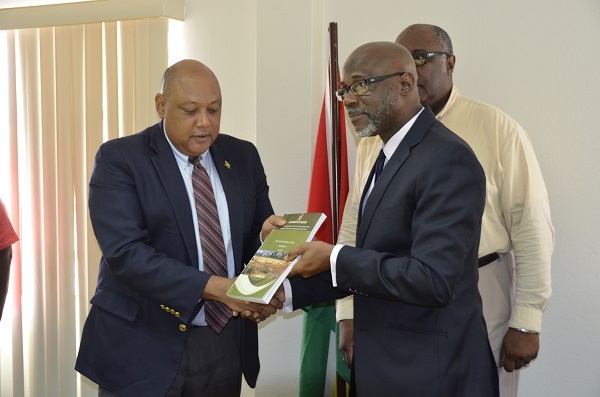 Georgetown, Guyana – (July 13, 2016) President David Granger, this evening, reaffirmed his Government’s commitment to the protection and provision of a good life for all Guyanese, especially for children, as he noted that this vulnerable group must be guarded, nurtured and taken care of so that they can enjoy successful lives.

The President was at the time speaking at the opening of the Hague Convention Conference on International Family Law, Legal Cooperation and Commerce, Promoting Human Rights and Cross Border trade in the Caribbean at the Pegasus Hotel, which is being hosted in Guyana through the Ministry of Legal Affairs, the Hague Conference on Private International Law (HCCH) and the United Nations Children’s Fund (UNICEF). President Granger said that Guyana’s hosting of the conference is a show of the commitment from the part of the Government to rectify those issues, which affect Guyanese; particularly it’s children, since the Conference is focused significantly on family law and human rights.

The President noted that the Declaration of Geneva of 1924, a landmark in international law, recognised that mankind owed to the child the best that it had to give. He said that it urged the men and women of all nations to accept that “beyond and above all considerations of race, nationality and creed”, the child must be given the means requisite for its normal development, both materially and spiritually. Therefore, he noted, the Conference must focus on the best outcomes, which can ensure that this vulnerable group, receives the best framework for their care, protection and growth.

President Granger said that while Guyana has been laying the foundation of the legal architecture for comprehensive child protection and family law with the passage of the Status of Children Act, the Child Protection Act, the Adoption of Children Act, the Sexual Offences Act and the Custody, Contact, Guardianship and Maintenance Act, there is still work to be done. He added that the deliberations at the Conference will assist in the improvement of local systems.

United Nations Children Fund’s (UNICEF) Regional Director for Latin America and the Caribbean, Ms. Maria Cristina Perceval, in her remarks, said that the hosting of the Conference, signals the commitment from the region and Guyana to the well-being of children.

“For UNICEF this event represents the Caribbean’s commitment, promise and robust political will to work together to build a stronger and better international legal environment for children and adolescents as it relates to private international law and for the protection of children,” she said.

Speaking on the impact of abduction on children, the UNICEF representative said that it is Conferences like these, which ensure that the frameworks are adequately determined and put in place to reduce such occurrences and also dissuade others.

“Although, not every abduction is preventable; the steps can be taken to reduce its likelihood. These steps have to be made with a system with a strong legal basis rooted in international norms and principles aimed at realising children’s rights. [Private International Law] builds on the standards of [the Rights of the Child Convention and International Human Rights] by establishing concrete requirement for their respect through the procedures it puts in place in the fields that it covers. In doing so Private International Law not only reflects Human Rights Law but also compliments to standards it sets by giving a practical dimension to implementation,” she said.

Secretary General of the Hague Conference on Private International Law, Dr. Christophe Bernasconi, noted that the Conference represents success for the country and the organisation and thanked President Granger for his involved and strong stance in support of the hosting of the Conference. 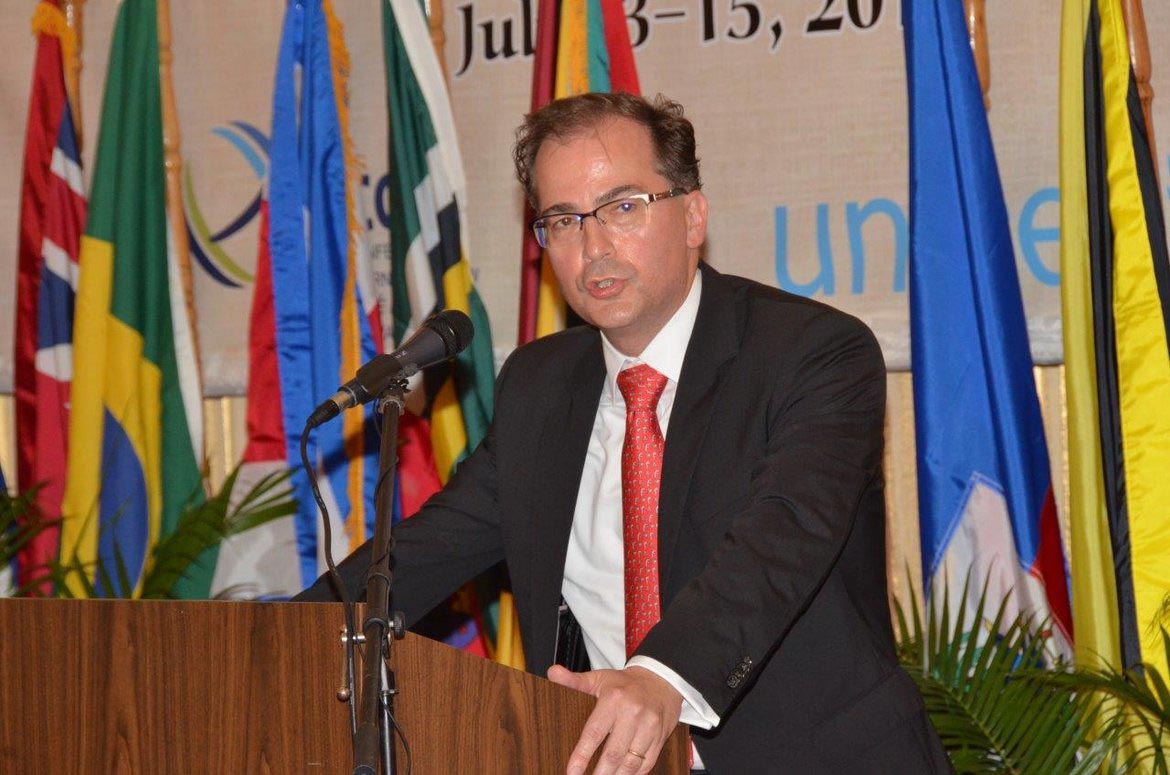 “…Today the great efforts of many people materialised; efforts that made it possible for us all to gather here; efforts that I am sure will shape Guyana’s and the Caribbean’s engagement with the Hague Conference for many years, indeed decades to come…I wish to express our deep gratitude to you Mr. President for your tremendous support and personal engagement that was so vital to seeing this event come to fruition,” he said.

Speaking also on the role the organisation plays in child rights and protection, Dr. Bernasconi noted that children need a special layer of legal protection the international environment. However, he added that at a wider level, the Hague Conference creates a level legal playing field for regional, local and international businesses.

“My research suggests that Guyana enjoys burgeoning cross border trade and commercial activities as well as an increasing degree of foreign investment in key industries… To do business here in the region local, regional and international businesses require an environment that is conducive to commercial investment activities. In particular, they require legal certainty and predictability. Foreign investors need to know the ‘rules of the game’ before investing here or doing business here. They need to know which law will apply to their cross border transaction, which court will have jurisdiction to hear litigation arising out of the transaction, what they can do with a Guyanese judgement so as to have it enforced abroad, what are the means of cross border cooperation at their disposal,” he said. 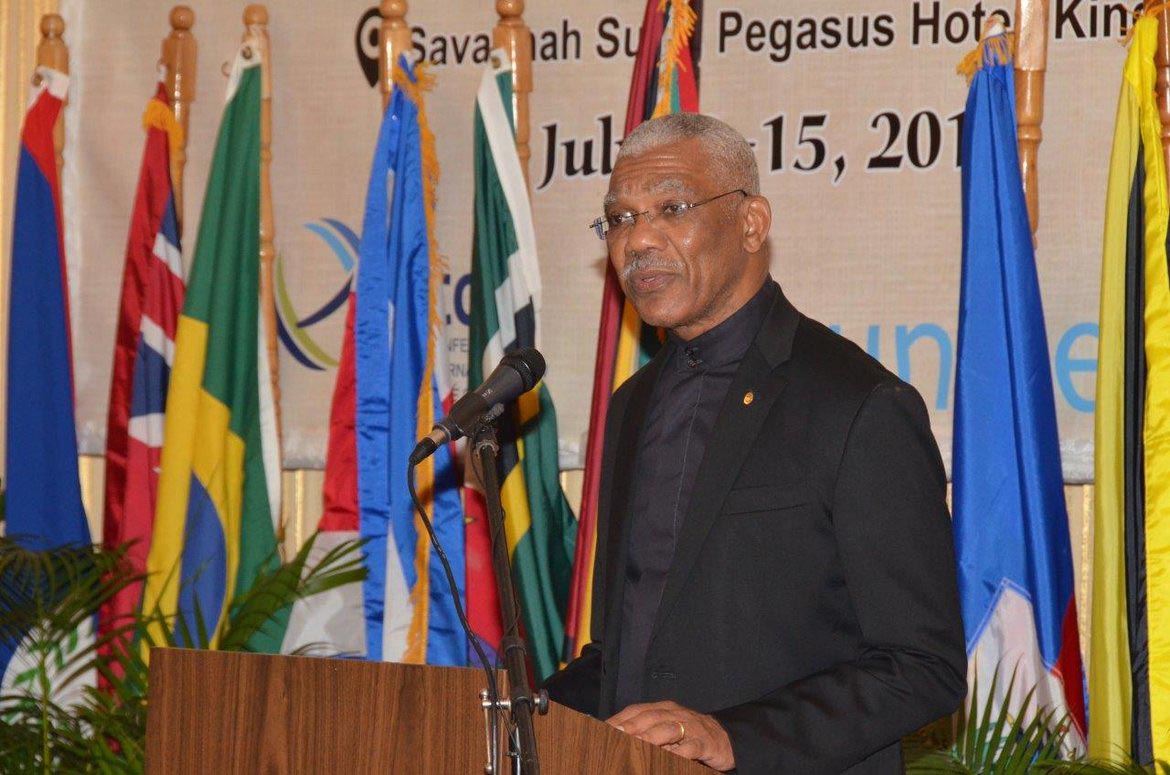 His Excellency, President David Granger, delivers the feature address at the Opening ceremony of the Hague Convention Conference on “International Family Law, Legal Cooperation and Commerce: Promoting Human Rights and Cross Border Trade in the Caribbean through the Hague Conference Conventions”, which was held earlier this evening at the Pegasus Hotel.

Dr. Bernasconi also thanked Attorney General and Minister of Legal Affairs, Mr. Basil Williams, who he said immediately recognised the benefits that the HCCH could bring to Guyana.

Minister Williams, in his brief remarks, expressed thanks to the President for agreeing to host the Conference, as he noted that the President immediately recognised the importance the event will have on the lives of Guyanese children.

“As soon as I reached the support from the Conference I went to President Granger with a concept note, and the President, without hesitation, agreed and we were able to proceed. The Conventions…will pave the way to secure the best interests of our children and preserving the most important institution, the family,” he said.

As Guyana prepares to seek membership in the organisation, Minister Williams announced that he has nominated acting chief Justice, Madame Yonette Cummings-Edwards and High Court Judge, Madame Roxanne George-Wiltshire as Guyana’s representatives on the Hague’s Judges Network, which oversees the enforcement of Conventions, which have been adopted.