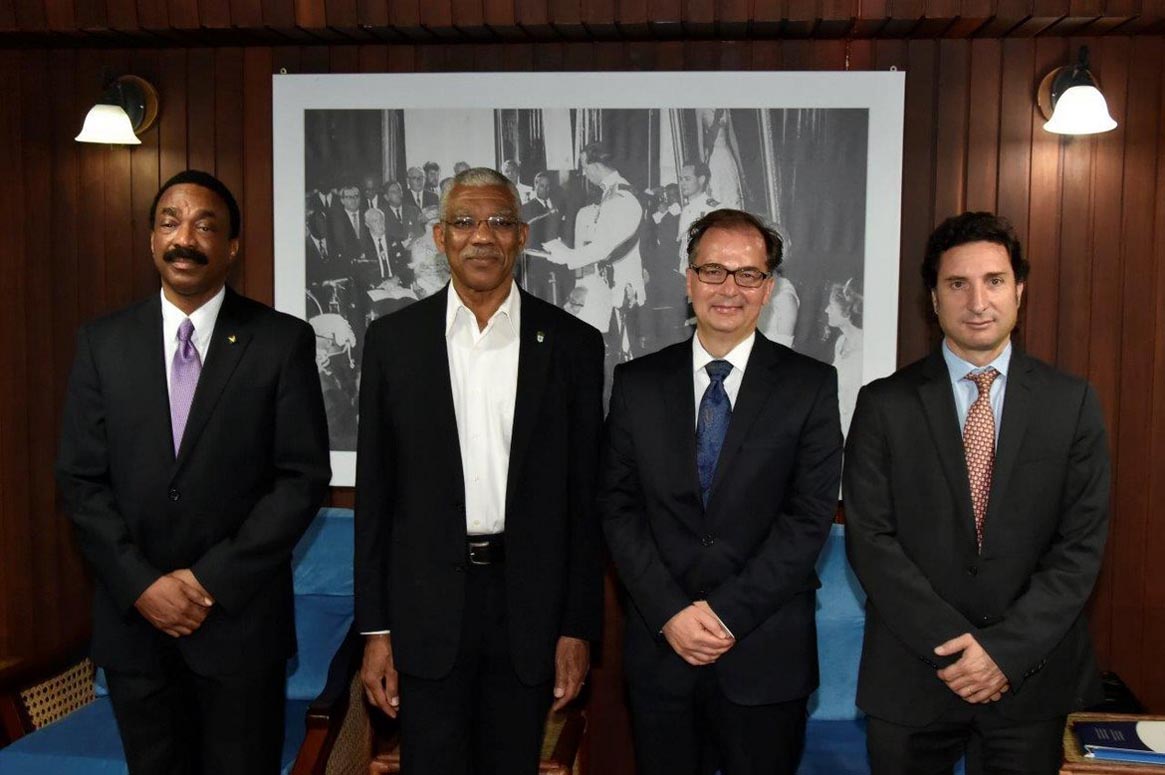 Georgetown, Guyana – (July 11, 2016) President David Granger, along with Attorney General and Minister of Legal Affairs, Mr. Basil Williams will be working to ensure Guyana becomes a signatory and member of the Hague Conference on Private International Law, even as the country prepares to host the organisation’s annual conference at the Pegasus Hotel, beginning Wednesday.

The Hague Conference is the World organisation for cross-border co-operation in civil and commercial matters.

According to the Secretary-General the organisation develops international treaties and conventions that deal with international issues involving private individuals or commercial operators and the creation of an environment that is conducive for cross border trade, cross border investment, cross border commerce, the creation of legal certainty and predictability for people and operators so that all the rules are known, before participation in commercial transactions or overseas investments. The Conference also deals with child adoption, child abduction and child rights.

President Granger, during the meeting, said that from a commercial point of view, it is imperative that investors and other stakeholders see Guyana in a positive light and membership in the organisation will help to promote this.

“It is important that we send that message… What the Conference will be doing will ensure that that reputable companies will want to come to Guyana and we must have the legal framework for this to happen,” President Granger said.

Minister Williams, in an invited comment, said that the Government will be moving to put systems in place almost immediately upon the closure of the conference, for Guyana to facilitate membership.

“We will be dealing with commerce, cooperation, cross border trade and these conventions would largely impact the Guyanese people in a positive way and the business community also because once you sign onto the Convention, the World Bank would rate you higher as a place to do business and the different aspects of those conventions will facilitate easy trade between countries…,” the Attorney General said.

Secretary-General Bernasconi said that the Conference is very significant for Guyana, for the region and for the organisation.

“We are delighted to be here for this regional meeting, which is actually the third for the Caribbean that we organise every year and I am pleased to say that this is probably the most important because of the number of attendees. We have more than 200 attendees coming. We have experts from the Caribbean region coming from more than 20 different states so again we are delighted to be here and we are most grateful for the President’s support and involvement,” he said.

The Secretary-General welcomed the commitment given by President Granger and Minister Williams, as he noted that Guyana stands to benefit immensely from assistance, technical support and an image boost, once it becomes a member of the organisation.

“We are absolutely delighted to hear that. For the time being, we have 81 members and plus another 60 states that, without being members of the organisation, are connected by being party to at least one of our conventions… By becoming a member, Guyana would be invited to all our meetings, have a voice, access to technical assistance and will be one of the first countries in this region to become a member,” he said.

The Conference is being hosted by Guyana in collaboration with the United Nations Children’s Fund (UNICEF) and the Hague Conference on Private International Law. The opening ceremony will be hosted at the Pegasus Hotel on Wednesday evening. It is expected to see the participation of members of the Bar Association, the Private Sector, UNICEF, the Child Care and Protection Agency, and other major stakeholders.