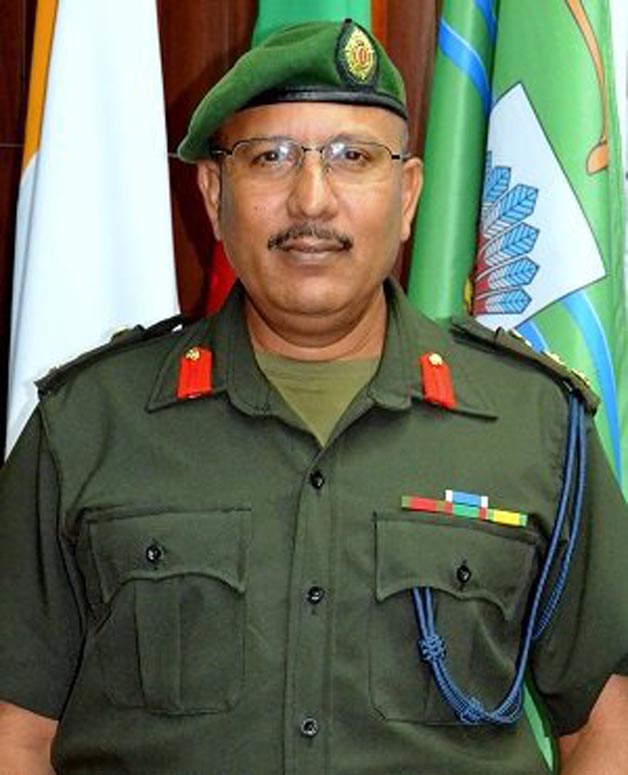 Georgetown, Guyana – (July 11, 2016) President David Granger, today, established the Department of National Events, under the Ministry of the Presidency. The Department will be headed by Colonel Nazrul Hussain of the Guyana Defence Force (GDF) and will be tasked with the planning and execution of all national events in the country.

President David Granger, in an invited comment, said that National events are occasions for the country and Guyanese people to feel pride and patriotism and the events must, therefore, be planned and executed in such a manner, that these feelings are expressed and felt by all Guyanese.

“Public events are important for our political culture, for our national identity; who we are and my expectations are that Guyanese must feel proud of their national symbols, monuments, their national festivals. We have already seen over the last year how proud Guyanese feel even to see the national flag being raised and we want to ensure that this feeling permeates Guyanese at all levels and in all of the regions and my expectations are that Guyana will emerge more unified and more proud of their identity, history and heritage than ever before,” President Granger said.

The Head of State noted that national events, especially of a large magnitude, require extensive coordination and collaboration among a number of Ministries and Government agencies. Therefore, he said, it is important for someone to assume specific responsibility for these events so that they receive the required attention.

Colonel Nazrul Hussain, Head of the Department of National Events, under the Ministry of the Presidency.

President Granger assured Guyanese can be sure to expect events of excellence, reflective of nationalism and pride.

In the meantime, Col. Hussain, in an invited comment, at the Ministry of the Presidency, said that he is honoured by the responsibility bestowed on him. He vouched to ensure that all events under his watch, are executed in an efficient manner, one in which Guyanese will be proud.

“I am elated to be selected to head the Department of National Events as was established in the meeting today and the President based on the previous events, would like us to do things with a better flare, with the watch word being excellence. This department was established to standardise all of our national activities and to execute all national activities with excellence in mind. It will entail having a diary, which reflects all of the national events and observances and to plan and execute some of the traditional and some new ones that we will be working on and to ensure that we have a manual of standards that we can refer, to ensure that there is no deviation from the standard of excellence that we are going to establish,” he said.