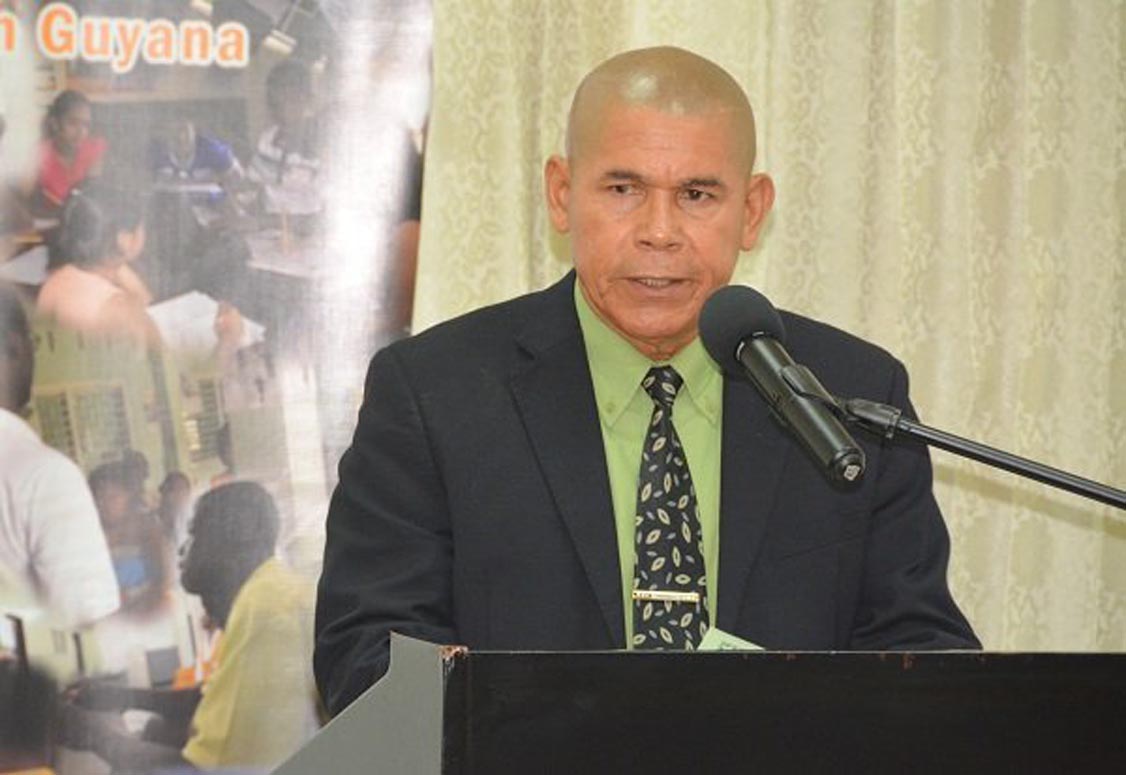 Georgetown, Guyana – (July 8, 2016) A multi-sectoral approach to the myriad problems facing teenagers in Guyana, according to First Lady, Mrs. Sandra Granger, is what is needed to ensure that they are properly equipped to assume leadership of our country in the future. The First Lady made these comments during a Stakeholders Symposium held in observance of World Population Day at the Arthur Chung Convention Centre at Liliendaal, Greater Georgetown.

The United Nations observance is being held under the theme “Investing in teenage girls” this year, but the First Lady said, that given the challenges faced by Guyanese youth, the theme has been expanded locally to include both teenage girls and boys.

“The Caribbean Development Bank reported last year Guyana has a consistently high rate of youth unemployment of 40 percent since the year 2000. It is important that well a defined strategy be implemented to ensure that teenage girls and boys have the opportunity to become viable citizens, who will both contribute to and benefit from the country’s wealth and resources,” she said.

The First Lady added that many young people are alienated, uneducated and under educated and “adrift of cultural and spiritual moorings and values”. As a result, she noted that careful examination should be made into how teenagers are socialised so that holistic solutions can be developed to target the issues affecting them. “We must consider the social and economic environments in which they grow; the influences they are exposed to and the hardships and challenges they face,” she said.

Investments must therefore begin in these through support for their families and the communities in which they live, the First Lady continued, stating that the Municipalities and Regional and Neighbourhood Democratic Councils can become key partners in this process. Moreover, she said that Non-Governmental and faith based organisations can partner with those bodies so as to provide guidance and support and become positive influences in lives of young people.

In the area of education, a sector which has long been recognised as a key to success and which President Granger’s administration has been pushing so as to advance the development of young people, the First Lady said that the education system must cater to needs of each child and help to nurture them into their desired career paths. As such, schools must be equipped with facilities and adequately staffed so as to guide and help them. “Novel ways must be found to engage them and to light in them a fire for learning through access to information and community technologies, skills in sciences and arts, access to technical and vocational education- knowing that they will be able to lift themselves out of poverty and share in good things life has to offer,” she said.

Touching on the health sector, the first lady stated that health and family life education must play a role within the school system, communities and social organisations. “We as a nation would fail if investment isn’t made in health and well-being of our young people, who are at a difficult period of their development,” she said. She then urged that adults, educators and health sector professionals need to set aside personal views and provide information teens need about sexual and reproductive health and teach them to protect themselves from Sexually Transmitted Diseases (STDs).

Sexual violence
This brought the First Lady to the issue of sexual violence against children. She said remains underreported and under prosecuted. She stated that in Guyana, the reported cases of sexual violence against children committed during 2011 to March 2015 amounted to 1,145 with the ‘A’, ‘C’ and ‘F’ Divisions of the Guyana Police Force (GPF) hosting the highest number of cases. She stated that there are also reports of high incidences of rape, incest and trafficking in rural and hinterland areas.

“Systems must be put in place to prosecute offenders to the fullest extent of the law and to provide counsel and support to victims’ families,” she said, adding that community members also need to be aware of and become more proactive in dealing with sexual violence against children.

The First Lady then touched on crime, stating that a lack of education and unemployment in addition to the lure of quick and easy money lead some young people to crime. She acknowledged that there are myriad factors leading teenagers into criminal activity including the desire to have money, survival, popularity, peer pressure and many other issues. The First Lady noted, however, that it is admirable that the GPF has been engaging more and more with the young people in the communities in which they serve by encouraging participation in sport and other activities.

“When teen girls are empowered and are given the tools to succeed, they become tools for positive change and the same goes for teenage boys,” she said.

The event, which was hosted by the Ministries of Social Protection and Social Cohesion in collaboration with the United Nations Population Fund (UNFPA), also featured remarks from other Government Ministers, who echoed the First Lady’s sentiments in encouraging a multi-sectoral approach to tackling the issues affecting young people in the country.

Minister of Public Health, Dr. George Norton, during his remarks at the World Population Day Symposium

Minister of Public Health, Dr. George Norton, during his remarks, said that considering health related issues such as the lack of legislation for the provision of reproductive health services to teens, the lack of a comprehensive sexual and reproductive health curriculum in schools, added to issues such as poverty and early sexual activity, strong leadership across the board is needed so that the country can champion the challenges faced by teenagers from a social, religious legislative and cultural perspective.

Minister of Social Protection, Ms. Volda Lawrence, during her remarks stated that teens are in urgent need of help and that efforts should be made so as to provide them with the help they need. She stated that her Ministry has made several investments to help tackle the issues affecting youth.

“The Ministry of Social Protection bears the responsibility of providing the socio-financial network to cushion vulnerable families and by extension, teenagers, who are part of them,” she said. One such investment is the establishment of the Gender Unit, within the Ministry, which conducts public sensitisation on gender issues as well as provides counselling for young people. She also alluded to initiatives such as social assistance, vouchers and power loan agreements and grants that help single parents get into business.

Minister Lawrence also reported that a number of non-violent, non-cocaine criminals in their late teens and early twenties, who had been pardoned by President David Granger last year are now involved in a rehabilitation programme, run by the Probation Department within the Ministry. Later, these young people will be assisted with skills through the Central Recruitment and Manpower Agency after being taught skills through the rehabilitation programme.

The Symposium also featured poignant presentations from teenage mothers who are supported by Women Across Differences (WAD) and who shared, in addition to their struggles, sentiments of gratitude to the First Lady and President Granger for providing sponsorship for these girls to complete examinations to obtain their Caribbean Secondary Examination Certificate (CSEC).