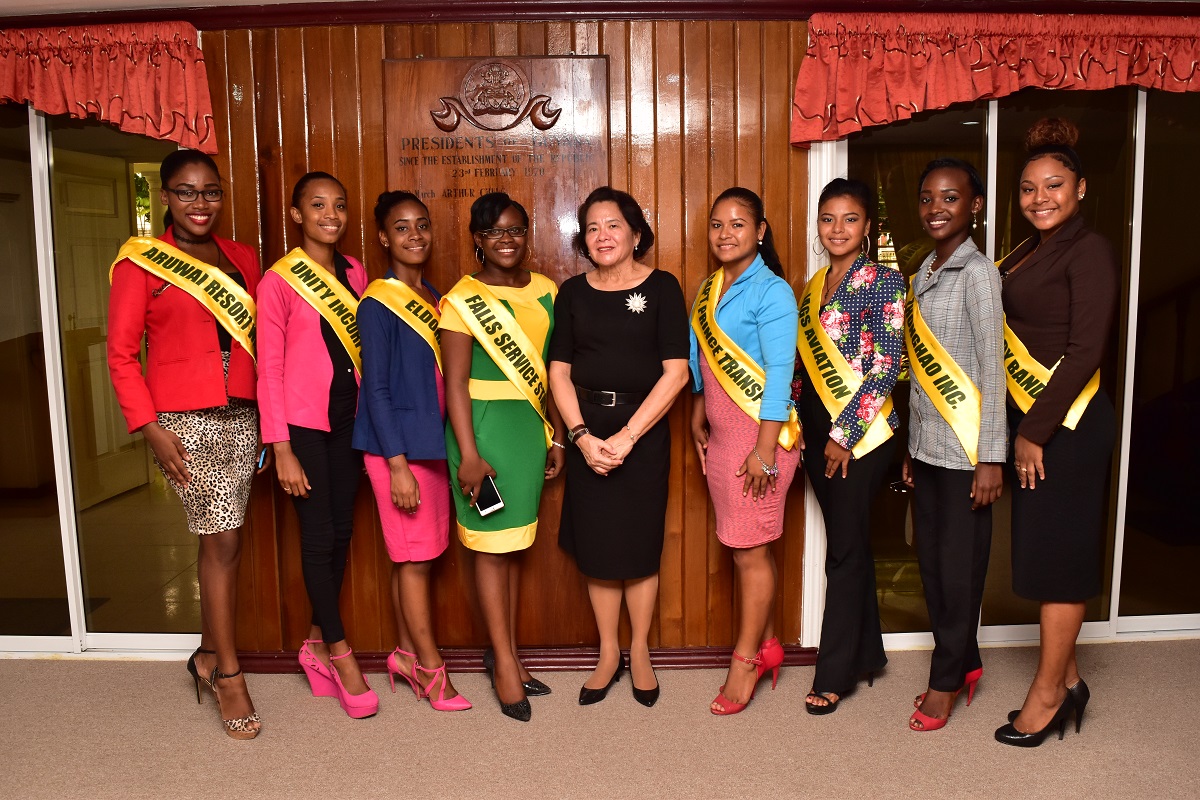 Georgetown, Guyana – (July 8, 2016) Minister of Social Cohesion, Ms. Amna Ally, today, said that she was proud to honour 124 top performers from across five regions “who have done exceedingly well” at the 2016 National Grade Six Assessment (NGSA), by presenting them with bicycles and backpacks to give them a head start on preparations for their secondary school journey.

“This is a stepping stone for your career… Now you are entering into a new phase of life, where you are going to be heading into CXC [Caribbean Secondary Education Certificate (CSEC) examination], university… take your education seriously because you’re starting a phase now that will make you the man or woman that you want to [become],” Minister Ally said, in her address at the first presentation ceremony, which was held this morning in the Queen’s College auditorium.

Thirty students from Georgetown, East Bank Demerara and East Coast Demerara schools in Demerara-Mahaica (Region Four) were recognised for their outstanding performance. The Georgetown list of honourees was led by Mr. Anthony Ferreira of Mae’s Under 12 and Mr. Aryan Singh of the Dharmic Rama Krishna, who tied for the top spot. The East Bank area was led by Ms. Chelsea Barnes of the Success Elementary School and the East Coast area by Annandai Diaram of the Valmiki Vidyalaya. 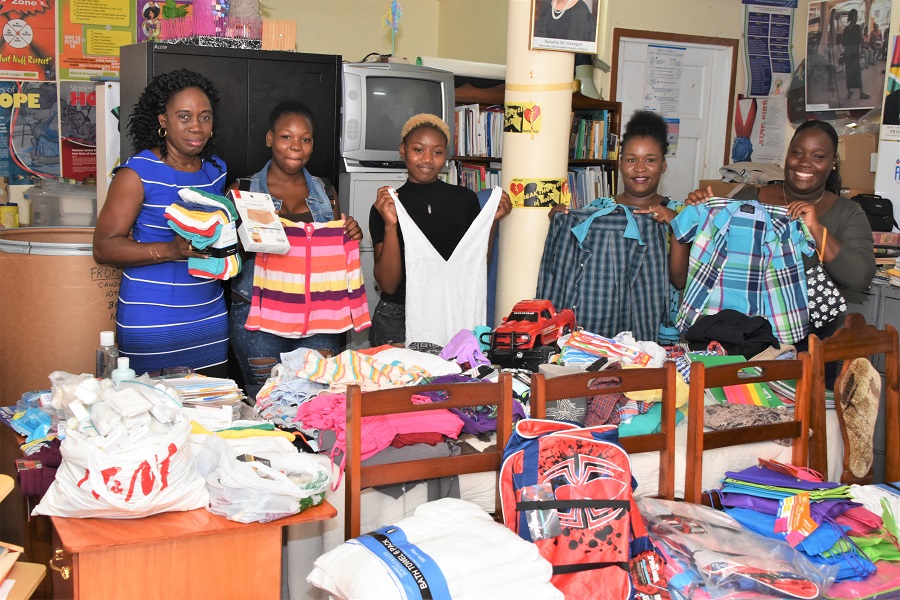 Minister of Social Cohesion, Ms. Amna Ally and some of the Region Four recipients of bicycles and backpacks interact after the ceremony

Four of the top ten students from Mahaica-Berbice (Region Five), led by Ms. Sandyah Ramoo, are from the Blairmont Primary School. The top 50 students from the East Berbice-Corentyne, led by Mr. Omesh Dyal, were also honoured at a ceremony held in the compound of the Department of Education. The Ministry, represented by programme staff, hosted a similar ceremony at the Suddie Primary School, Pomeroon-Supenaam (Region Two) and at the Leonora Primary School, Essequibo Islands-West Demerara (Region Three), where 20 and 12 students, respectively, were honoured.

Minister Ally, on behalf of President David Granger and the government, extended congratulations to all the students and encouraged them to continue to excel. She said that it is the President’s dream “for every child to be properly educated… and that is why he has… tried his best to begin to remove any impediment in the education system to ensure that our boys and girls receive the best education”. 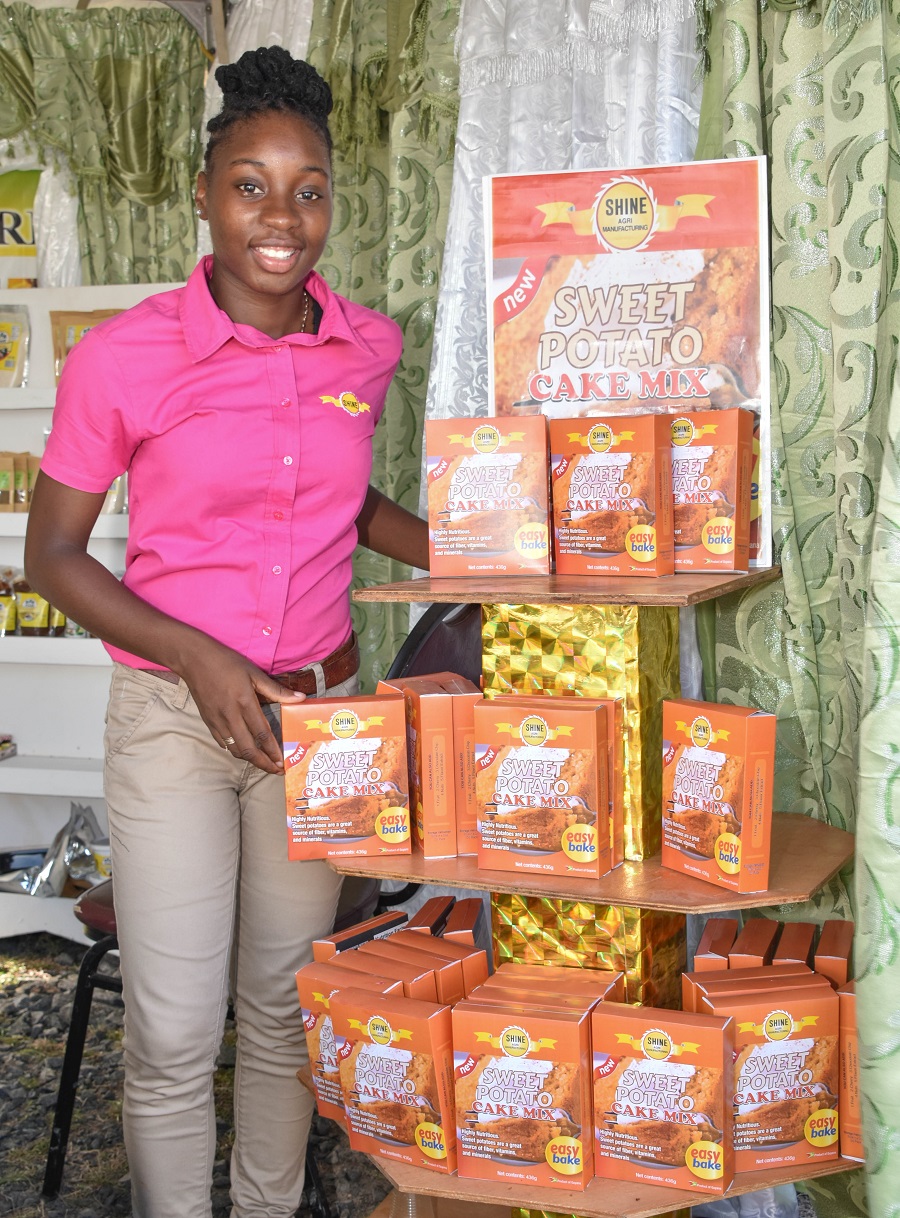 Minister of Social Cohesion, Ms. Amna Ally receives a warm welcome from a student at the presentation exercise hosted in the compound of the Department of Education, East Berbice-Corentyne

At the same time, the Minister noted that it was equally important that students balance their studies with co-curricular and social activities to fully develop their characters.

The bicycles were donated under President David Granger’s Boats, Buses, Bicycles plus Breakfast and Books programme, which is managed by the Ministry of Social Cohesion. The programme aims to reduce inequalities by helping every Guyanese child to access education. A total of 350 bicycles from the programme have been earmarked for the top NGSA students.

Minister Ally urged all the recipients to exercise caution on the roadways. She also encouraged those who would be attending schools in Georgetown to hold fast to the values that they had been nurtured with and to demonstrate the same respect to their guardians as they would have their parents.

In her closing remarks, Minister Ally told the students to “keep on keeping on… you cannot stop at this point in time”.

Students displayed their poise when performing key functions at the ceremonies. At Blairmont Primary, Ms. Fareeda Barakat informed her peers that “education is more precious than gold” in her poem “School Days”. While in Region Six, Ms. Nandita Nearoram of the Edinburgh Nursery School charmed the audience with her poem “Big People Think” and Ms. Shania Anthony of the New Amsterdam Primary encouraged parents to consider “Positive Discipline”.