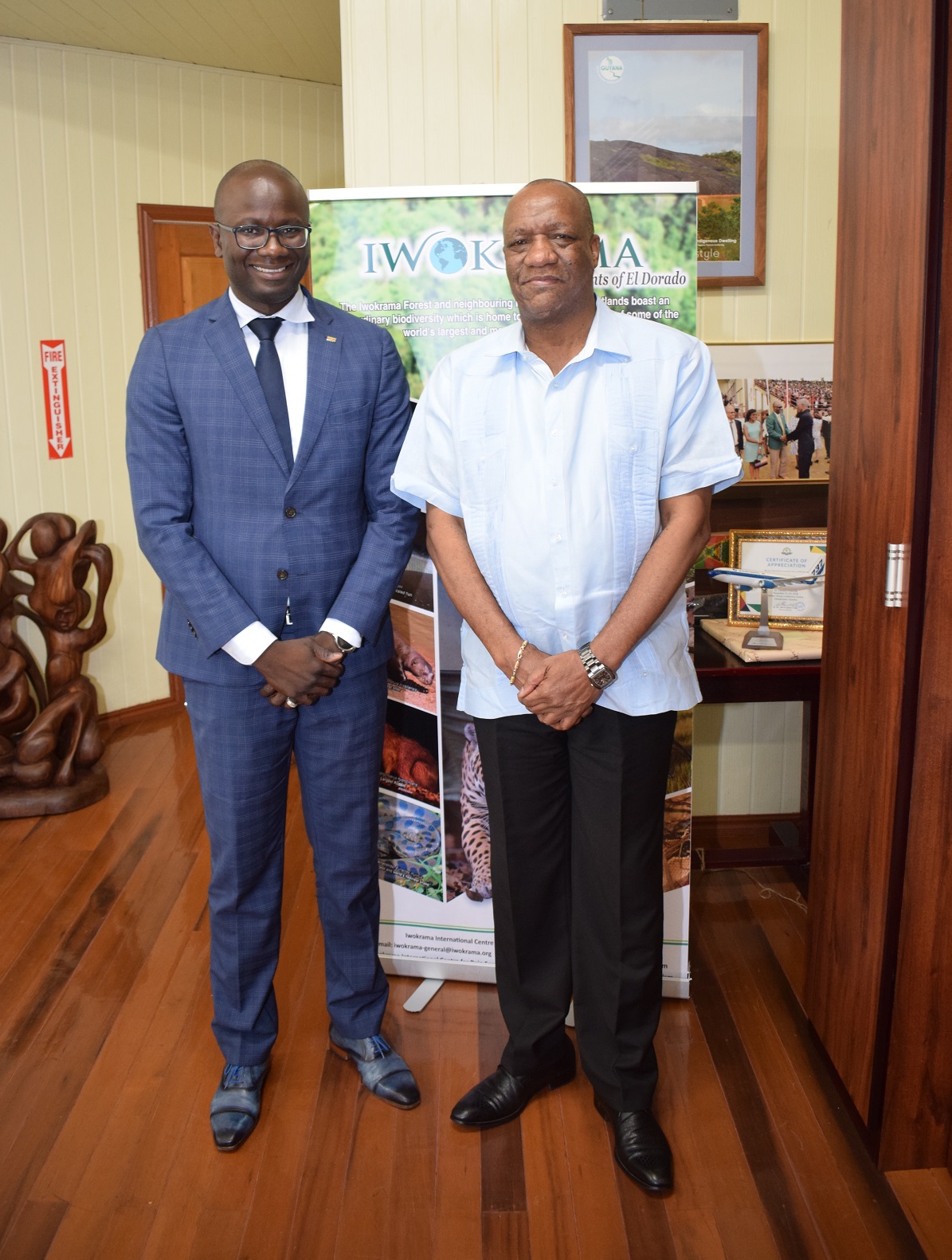 Georgetown, Guyana – (June 30, 2016) First Lady, Mrs. Sandra Granger, this afternoon, received a courtesy call from Sister Judith Schmelz, a representative of the Sisters of Mercy in Guyana, who expressed an interest in a partnership, particularly through collaboration with the Women Across Differences (WAD) group. The meeting was held at the Office of the First Lady, State House.

The Sisters of Mercy manage a facility that provides rehabilitative care, education and other services to girls and women, who have been rescued after having been victims of trafficking.

In an invited comment, Sister Judith said she was particularly interested “in collaborating with the WAD group as they help young women with similar problems and both [groups] are concerned with providing them with skills training, self-esteem building, education … preparing them to get back into the real world”.

Sister Judith Schmelz of the Sisters of Mercy community in Guyana and First Lady, Mrs. Sandra Granger at State House

The First Lady noted that there are many similarities in the service that the two groups provide and agreed to consider facilitating the partnership. “We have an interest in ensuring that we do as much as we can for these women,” she said.

The First Lady is a patron of the WAD group and an advocate for its Mothers for Change programme for adolescent mothers.

Sister Judith Schmelz, RSM, is a Sister of Mercy from Baltimore, Maryland, USA, ministers with the Mercy community in Guyana.