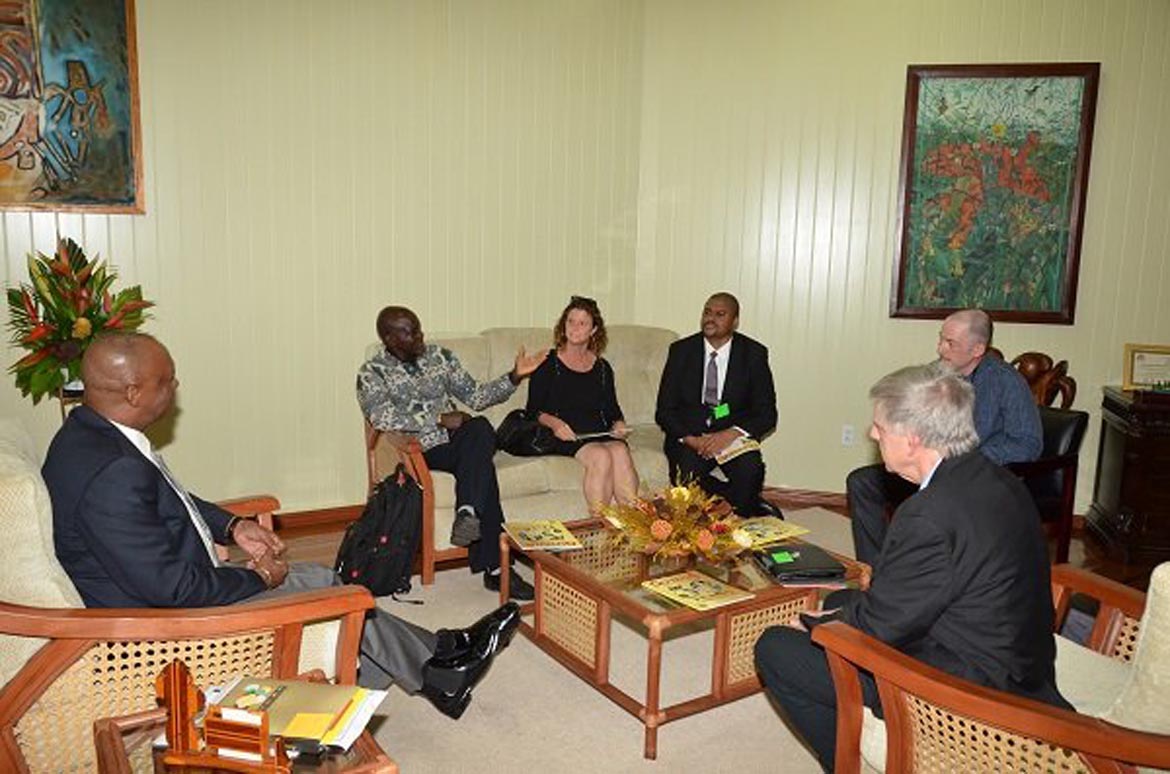 Georgetown, Guyana – (June 17, 2016) Minister of State, Mr. Joseph Harmon, today, was paid a courtesy call by Apostle Claude Brooks of the Love and Faith World Outreach Ministry and a team from the Bjorn Steiger Foundation at the Ministry of the Presidency.

Mr. George Norwood, the official representative of the Bjorn Steiger Foundation, a German foundation that has been working in healthcare and emergency healthcare, Mr. Volker Bohn, also of the Foundation, Dr. Gavin Melville and Ms. Kimberly Cook both associates of the group, attended the meeting.

Minister Harmon welcomed the group to Guyana and to the Ministry of the Presidency, noting that the Government is interested in partnering with missions that can enhance the lives of its citizens.

“We campaigned under the slogan ‘a good life for all Guyana’ and therefore anything that adds to the quality of life of the Guyanese people, we embrace it…,” the Minister said.

Meanwhile, Mr. Norwood said he was “very moved by the motto ‘a good life’,” and he was pleased that the Government was receptive to meeting. He noted that Germany and several other countries globally have benefited from the implementation of the full-service and rescue emergency operation started by Mr. and Mrs. Ute and Sigefried Steiger, following the death of their nine-year-old son Bjorn.

Despite the challenges, the family persevered and many years later the government saw the benefits of investing in this system, he said.

“The result is that right now Germany is at the top in the whole world where emergency services are concerned…. In Germany, an emergency phone call is answered within five seconds in 95% of the cases and if there is a problem medical assistance is there within 15 minutes, sometimes seven minutes,” Mr. Norwood said.

He further noted that the Foundation has worked hard to bring the initiative to this part of the world, with support from Dr. Melville. The Foundation is therefore seeking Guyana’s support as it advances plans to introduce the system at the Council for Human and Social Development (COHSOD) meeting and to initiate a pilot project in the Organisation of Eastern Caribbean States (OECS). 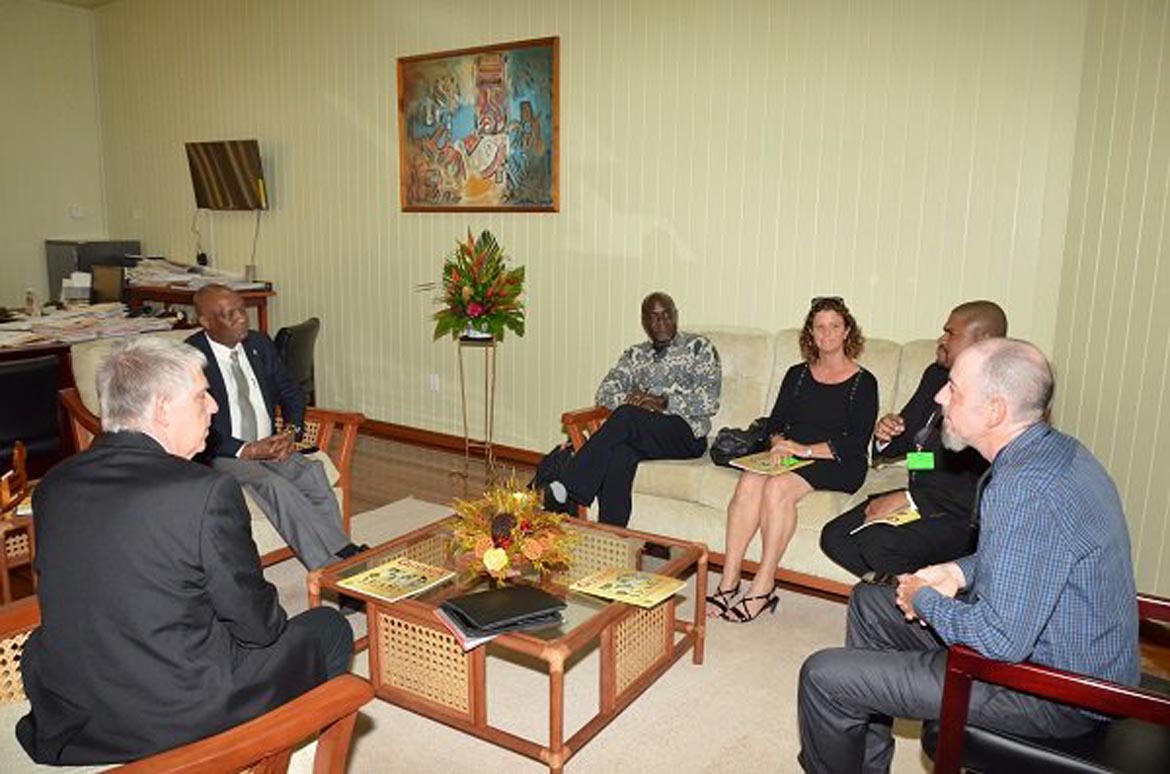 Minister Harmon reiterated that the Government views the nation’s health and wellbeing as priority, which is the impetus behind its establishing two line ministries – the Ministry of Social Protection and the Ministry of Health – to ensure that the population is well served.

“I am very mindful of the principles that you operate on. In principle… we should have no difficulty supporting something that brings relief to people,” he reiterated.

Minister Harmon also encouraged the Foundation to consider implementing the pilot in Guyana as it is the least homogenous of the Caribbean countries and has vast and difficult terrain, which may hamper certain services from reaching communities most in need.

The Bjorn Steiger Foundation is a non-profit organisation formed by Ute and Sigefried Steiger, and seven of their friends, in memory of their son Bjorn Steiger who died after being hit by a car in 1969. Bjorn Steiger died from shock, not from his injuries after an ambulance took almost an hour to arrive following the accident.