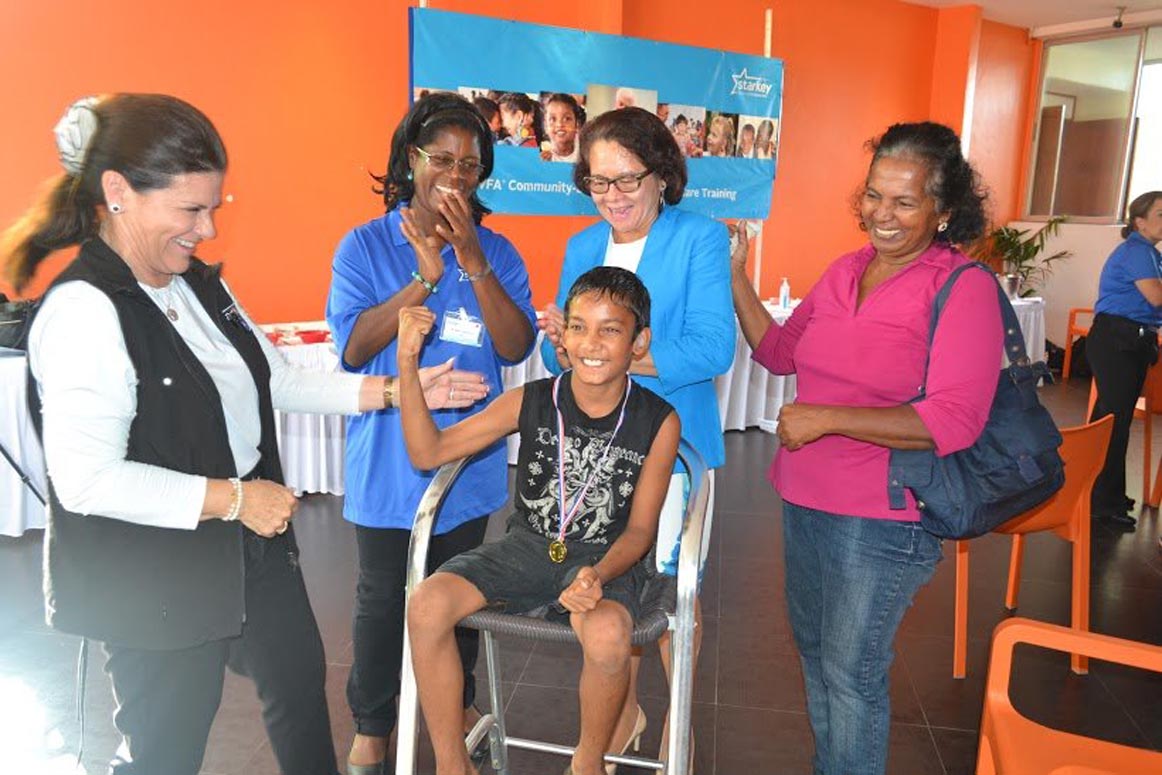 Mrs. Tani Austin, Co-Founder of the Starkey Hearing Foundation escorted the First Lady through the hearing mission and training site, explaining that the group was pleased that Guyana has an active audiology department hearing health care workers across the regions as several countries “do not even acknowledge hearing health care …there is so much unknown with hearing in health care… it is invisible so it is ignored a lot… It isolates people… Now you have a subsidised hearing aid programme that is the answer but there’re a lot of people that cannot do that so we will subsidise that…”

As such, she said, the Foundation plans to make Guyana the hub for the Caribbean Region.

The First Lady expressed appreciation for the services provided by Starkey and said, “We have limited resources and a lot of demands on those resources. I think it’s a very important exercise and intervention on your part, because it means that so many more of our citizens will have the gift of hearing and the world would open up to them.”

Mrs. Granger first met Mrs. Austin at the First Ladies Summit, during the 70th Session of the United Nations General Assembly in New York, USA in 2015. In February, a team from the Foundation, including Dr. Luqman Lawal, Director of Global Health and Research along with Dr. Ruth Quaicoe, Head of Audiology in Guyana met Mrs. Granger at her State House office to make plans to treat local persons with hearing impairments.

The team had committed to returning to Guyana to outfit recipients most in need with hearing devices and to host this training session to provide hearing health care providers with the knowledge and skills they needed to implement all three phases of the Starkey model so they can provide high-quality hearing health care in their communities.

Meanwhile, Dr. Quaicoe said 100 persons were screened during the first phase of the programme, which was held on Monday. She said the process has moved apace smoothly and the recipients are very satisfied.

“Those who had never heard before were very happy,” she said, adding that the Ministry of Health is “looking forward to continuing the relationship with Starkey Foundation as they are committed to providing after care.”

Mr. Monty Thompson, who was fitted with a hearing device today, was very thankful for the assistance. “Before, I couldn’t hear normal conversation. You had to shout [so that I could hear]. Now, I’m hearing,” he said.

Mrs. Austin also presented the First Lady with a plaque celebrating her partnership with Starkey Foundation.