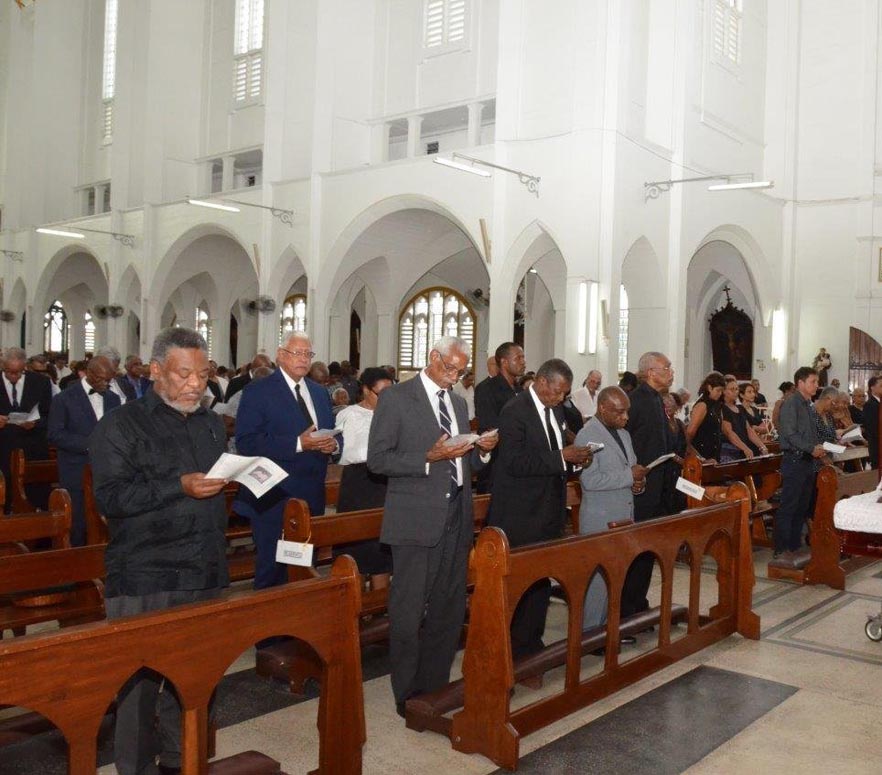 Georgetown, Guyana – (June 10, 2016) President David Granger, today, attended the funeral service of the late Mr. Jules Richard Kranenburg, a former Minister of Public Works and Communications with responsibility for transport under the Hugh Desmond Hoyte administration. The service was held at the Cathedral of the Immaculate Conception on Brickdam, Stabroek.

Mr. Kranenburg died on May 29 at the age of 83 years old. He is survived by his wife of 59 years, Mrs. Megan Kranenburg nee Moses, his daughter Karen, sister Joan Christiani and brothers James and Jerry Kranenburg.

The former Minister was born on September 30, 1932 in Waterloo Street, Georgetown and attended the Christ Church School and subsequently, the St. Stanislaus College.

He was described by Minister of Foreign Affairs, Mr. Carl Greenidge as a generous and decent man, who was a representation of all that was distinctive of old Demerara and Georgetown.