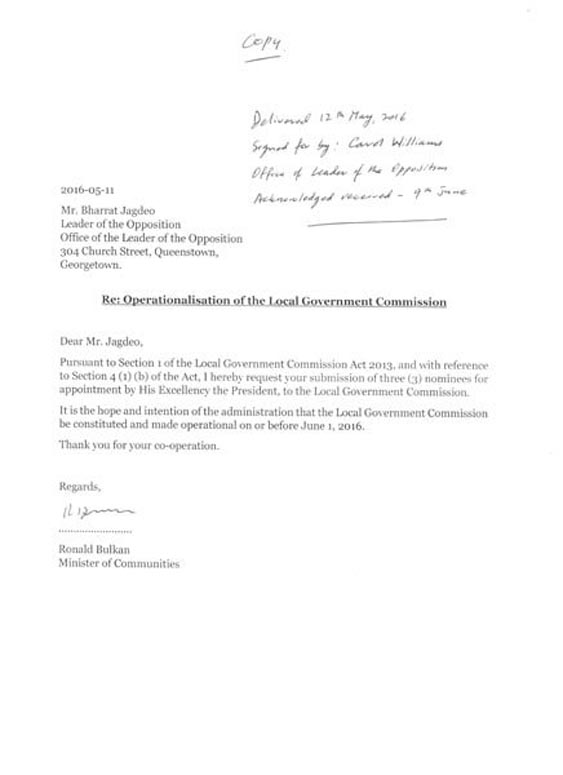 Georgetown, Guyana – (June 9, 2016) The Government of Guyana refutes claims by Executive member of the People’s Progressive Party (PPP), Ms. Gail Teixeira that Minister of Communities, Mr. Ronald Bulkan has not written to the Leader of the Opposition, Mr. Bharrat Jagdeo, requesting his constitutionally mandated list of three nominees for the establishment of the Local Government Commission.

Written on the copy of that letter, it is noted that the letter was received and signed for by a Ms. Carol Williams of the Office of the Leader of the Opposition, on May 12, 2016 but that an acknowledgement of the letter was only received from that Office today, June 9, 2016.

The Ministry continues to await the submission of the names of the nominees from the Leader of the Opposition so that the Local Government Commission can be operationalised. This body is critical to management of matters related to the regulation and staffing of local government organs and with dispute resolution within and between local government organs.

Please find attached the copy of the letter sent to the Leader of the Opposition.

Post-Cabinet press briefings to resume from next week