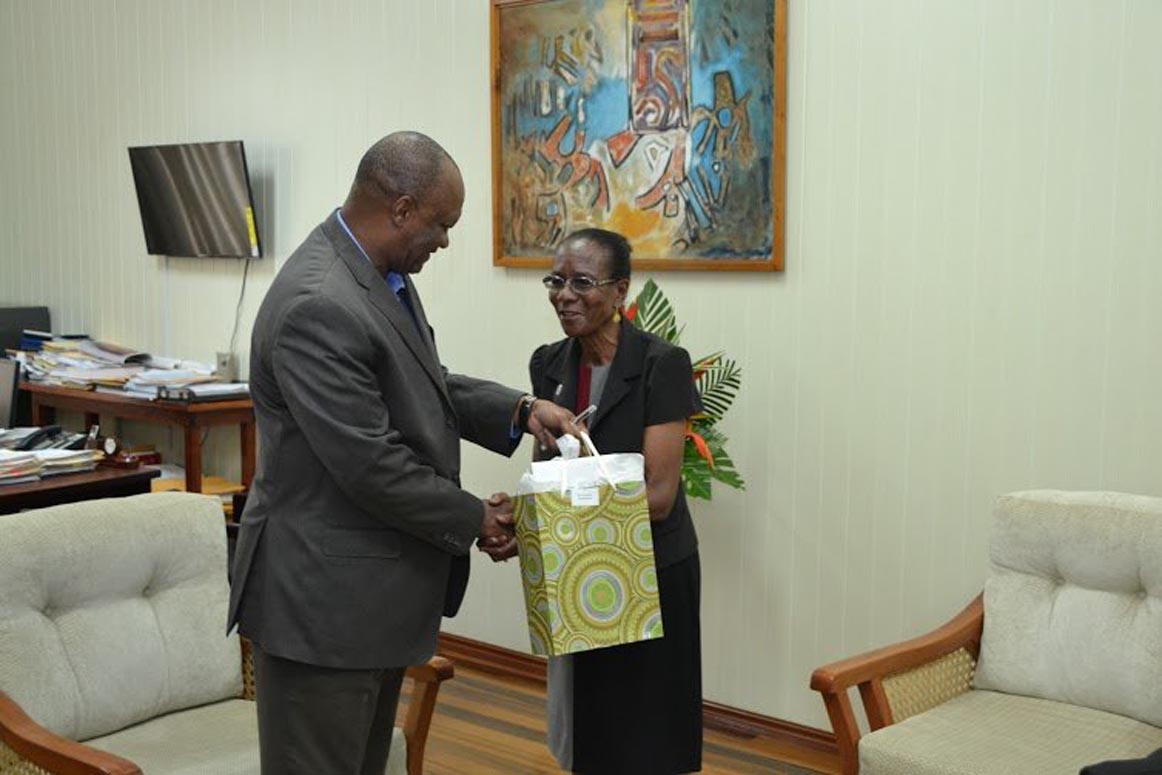 Georgetown, Guyana – (June 8, 2016) Minister of State, Mr. Joseph Harmon, yesterday, hosted an informal appreciation ceremony for employees of the Ministry of the Presidency who have been selected to receive National Awards. This is ahead of the national ceremony for all awardees, which is expected to be held before the end of the year.

Minister Harmon extended felicitations to the employees, noting that the National Awards are significant as they indicate that the recipients have given exemplary service, which should be emulated.

“Here at the Ministry of the Presidency, we do appreciate the work you’ve done to get to this level,” the Minister said. He further noted that “to whom much is given, more is desired” and expressed hope that the recipients’ service will inspire others to strive to achieve the same.

Meanwhile, Mr. Reginald Brotherson, Permanent Secretary – Department of Public Service, Ministry of the Presidency, who has been recognised for his long and dedicated service as a Public Servant, expressed the group’s appreciation for the gesture.

“We are committed to country, our job and development,” he said, pointing out that “reward sweetens labour, but labour brings forth the sweetness”.

Minister of State, Mr. Joseph Harmon shares a warm handshake with Ms. Maureen Lynette Stephenson as he gives her a token of appreciation.

Recipients of the National Awards were announced at the Flag-Raising Ceremony of Guyana’s Golden Jubilee Independence Anniversary on May 26, at D’urban Park.