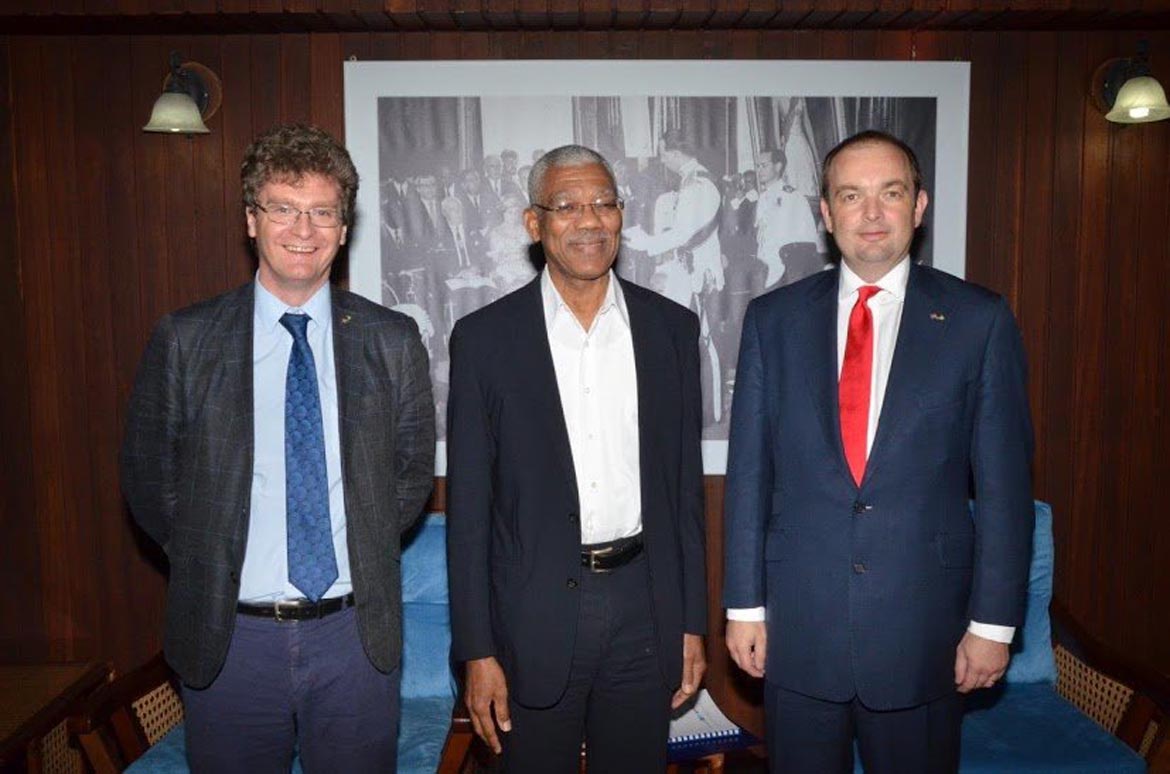 Georgetown, Guyana – (May 31, 2016) President David Granger, this evening, met with Mr. James Duddridge, MP, Minister for Africa, the Overseas Territories and the Caribbean of the Foreign and Commonwealth Office, United Kingdom, where he recommitted his country’s support for Guyana in the face of ongoing threats to its territory by neighbouring Venezuela, even while pledging some £53M for infrastructural development.

The meeting was held at the Ministry of the Presidency and included British High Commissioner to Guyana, Mr. Greg Quinn and Ms. Laura Benyohai, Assistant Private Secretary to the Minister.

Minister Duddridge, in an invited comment, said that the ongoing territorial issue between Guyana and Venezuela was discussed during the meeting and the UK would, therefore, like to reiterate that Guyana has its support.

“We also discussed international relations, that situation with Venezuela and we recommitted the UK to territorial integrity of Guyana and a number of other issues. We had very good discussions. The UK support Guyana’s territorial borders…from UK’s perspective, from 1899, the situation was resolved. We have shown our support in the Commonwealth and will continue to add our support,” he said.

The Minister also noted that the United Kingdom has made £360M available to the Caribbean through the Caribbean Development Bank for developmental projects. From this amount, Guyana is expected to benefit from £53M.

“There is a Caribbean Development Fund which is some £300 million sterling for infrastructure, £30 million for health and £30 million for economic development and Guyana has a number of projects totalling 53 million and this has been earmarked. The projects include water projects, airports; projects that will help push Guyana more generally to business,” he said.

Apart from these two areas, President Granger and Minister Duddridge also discussed ways in which the United Kingdom government may be able to support security reform in Guyana.

On a lighter note, the Minister was pleased with the Guyanese hospitality, noting that the country is indeed a beautiful place.

“It is an absolutely wonderful visit. It is my first time in Guyana and I am pleased to be here, to meet the President. This is a great country and I am very enthusiastic about our future together,” Minister Duddridge said. 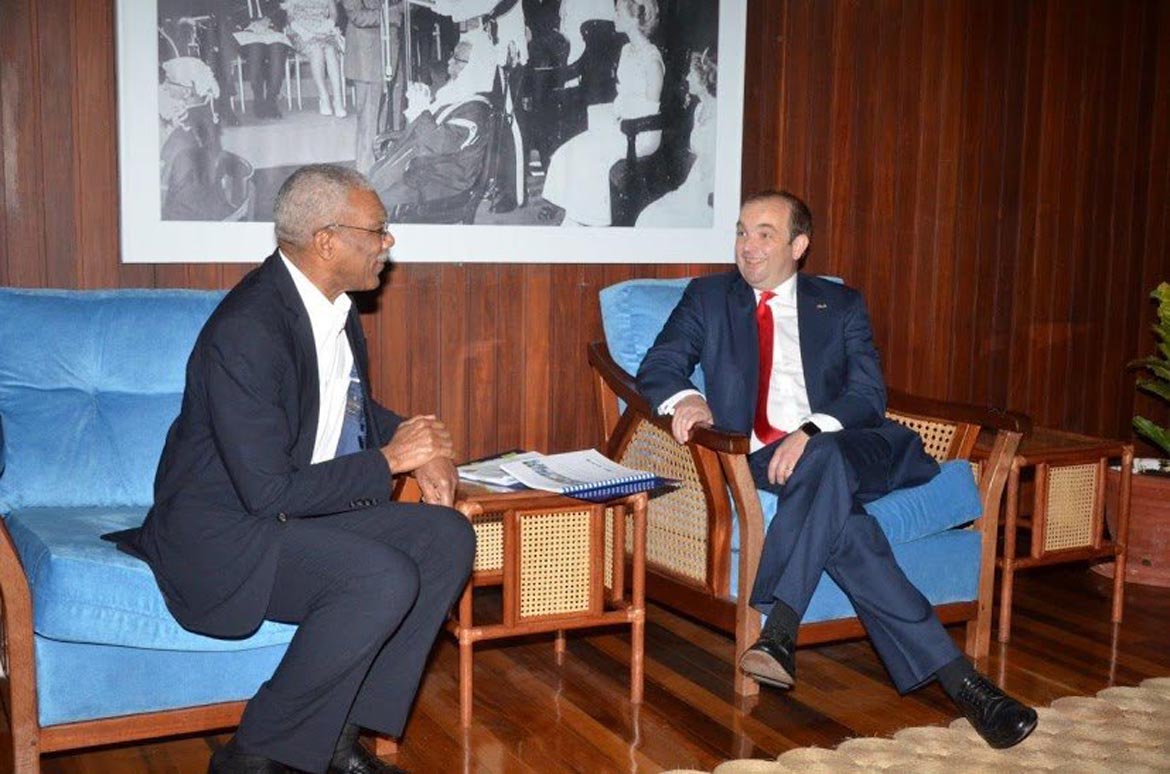 President Granger shares a light moment with Mr. James Duddridge, MP, Minister for Africa, the Overseas Territories and the Caribbean of the Foreign and Commonwealth Office, United Kingdom at the Ministry of the Presidency this evening.