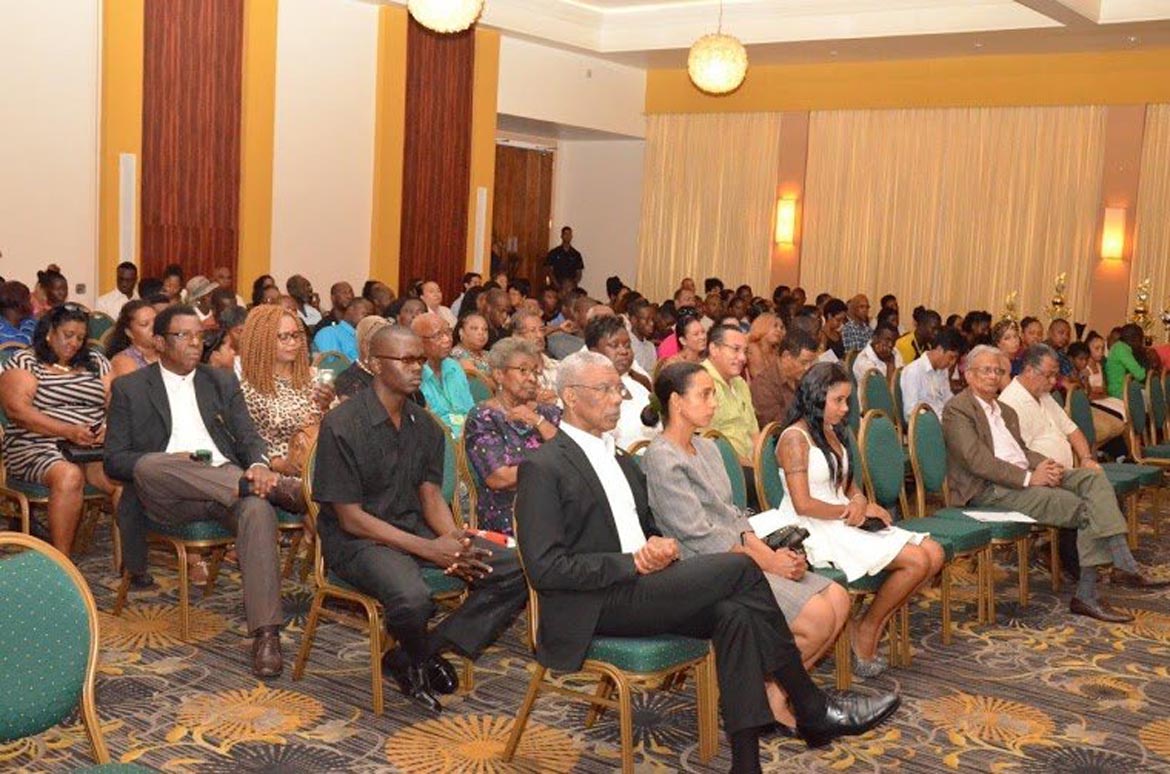 In her presentation, Minister Lawrence spoke of the former President’s astute management of the country through the Economic Recovery Programme (ERP), which restored the economy to a path of sustainable growth. Both the International Monetary Fund (IMF) and the World Bank praised this programme as a comprehensive policy, which allowed for the realisation of significant positive economic growth.

President David Granger seated in the audience at the lecture. Minister of Education, Dr. Rupert Roopnaraine is pictured second from right in the first row.

“May his stewardship remain etched in our minds and serve as a beacon reminding us of the high level of commitment we as leaders must have and display as we endeavour to provide a good life for all citizens. Let us take a page out of his book of service to the nation and humanity and remain focused on our pledge and responsibility to be humble servants of the Guyanese people,” Minister Lawrence said.

She noted that Mr. Hoyte played a pivotal role in advancing human and social development in Guyana by ensuring the ‘Feed, Clothe and House the Nation’ and free education policies that started under the People’s National Congress (PNC) Government were maintained. The Minister also spoke of the social safety nets that he introduced such as the Social Impact Amelioration Programme (SIMAP) and a series of other poverty reduction initiatives, which benefited vulnerable groups at the community level in all of the 10 Administrative Regions.

Minister Lawrence reminded that the former President was a stickler for order and the rule of law, professionalism and integrity and he had a demonstrated intolerance for corruption.

After the lecture, a number of awards were presented to athletes and other outstanding citizens. 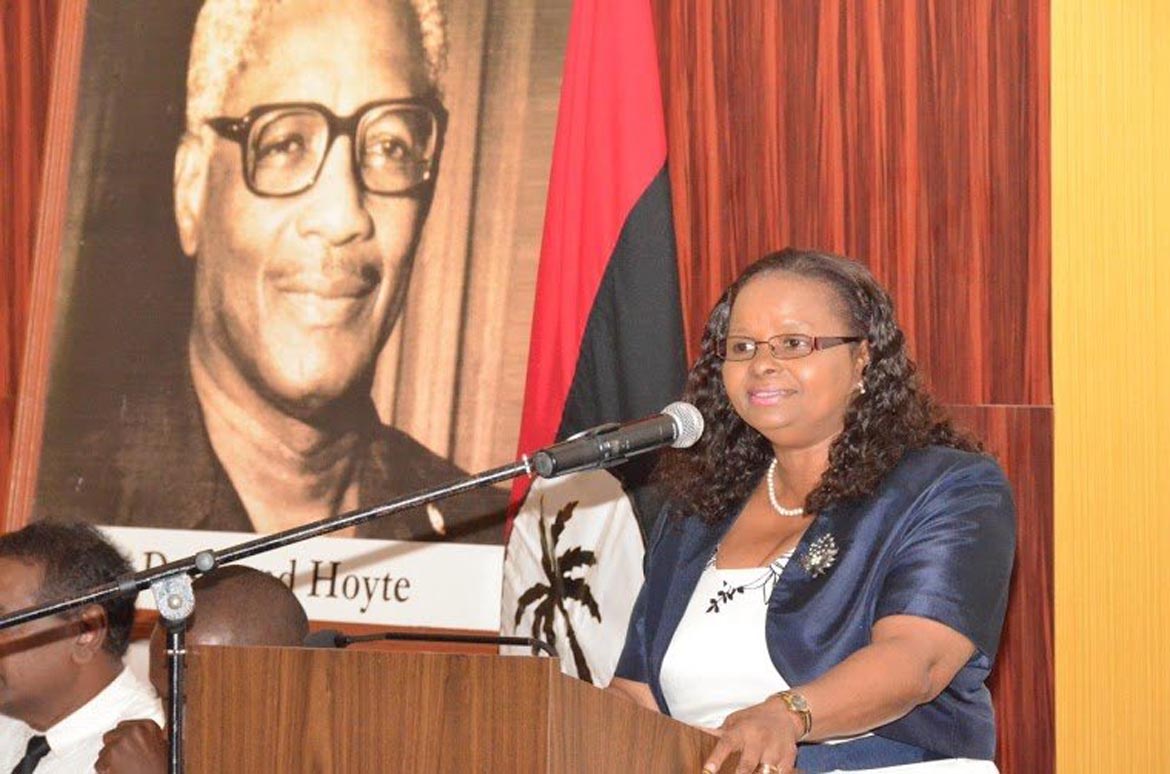