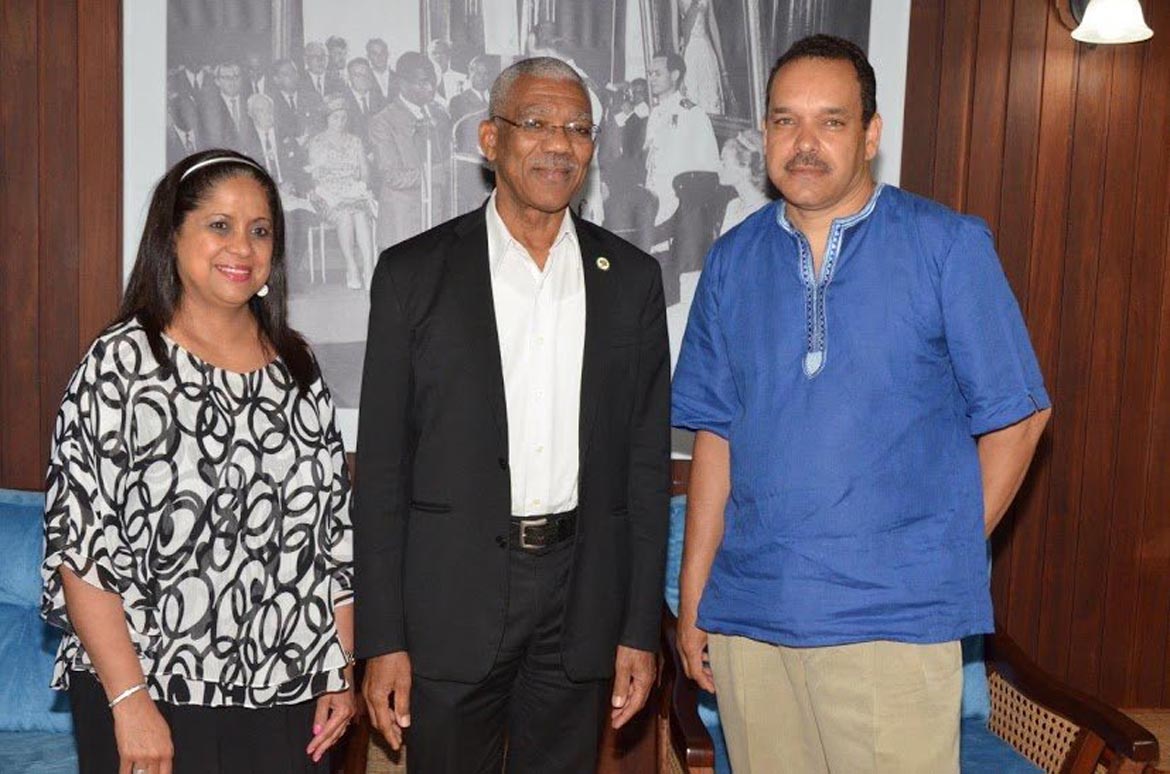 Georgetown, Guyana – (May 29, 2016) President David Granger, last Friday, received a large, hand-made replica of the Coat of Arms of Guyana from overseas-based Guyanese Mr. Jonathan Locke and Mrs. Brenda Locke, during a courtesy call at the Ministry of the Presidency.

The elaborate craftwork is made from veneer; wood which has undergone a special process to extend its longevity.

President Granger commended the Lockes on their fine creation and encouraged them to explore the local market and business opportunities. He also advised them to discuss with the Ministry of Business ways in which the skillset can be taught to young people, who are interested in this type of artistic work.

A Guyanese by birth, Mr. Locke said that the project is a labour of love, which he had worked on during his leisure time over the last eight years. He was impressed by the President’s receptiveness.

“My love for Guyana is so strong that I wanted to do something for Guyana. In New York, I made the flag of Guyana out of wood and it now adorns the wall in the Guyana Consulate. [T]he Coat of Arms is more elaborate… I was just dying to get it here and present it, hopefully, to the President. Having met with the President, I am excited about the future of Guyana. He seemed very open-minded, very realistic about what the situation is and I am totally excited about what is coming for Guyana. It’s more than I could have expected. I expected just thanks for it but talking about the possibility of meeting with the Minister of Business and teaching the kids how to make fine furniture, is way more than I expected,” he said.