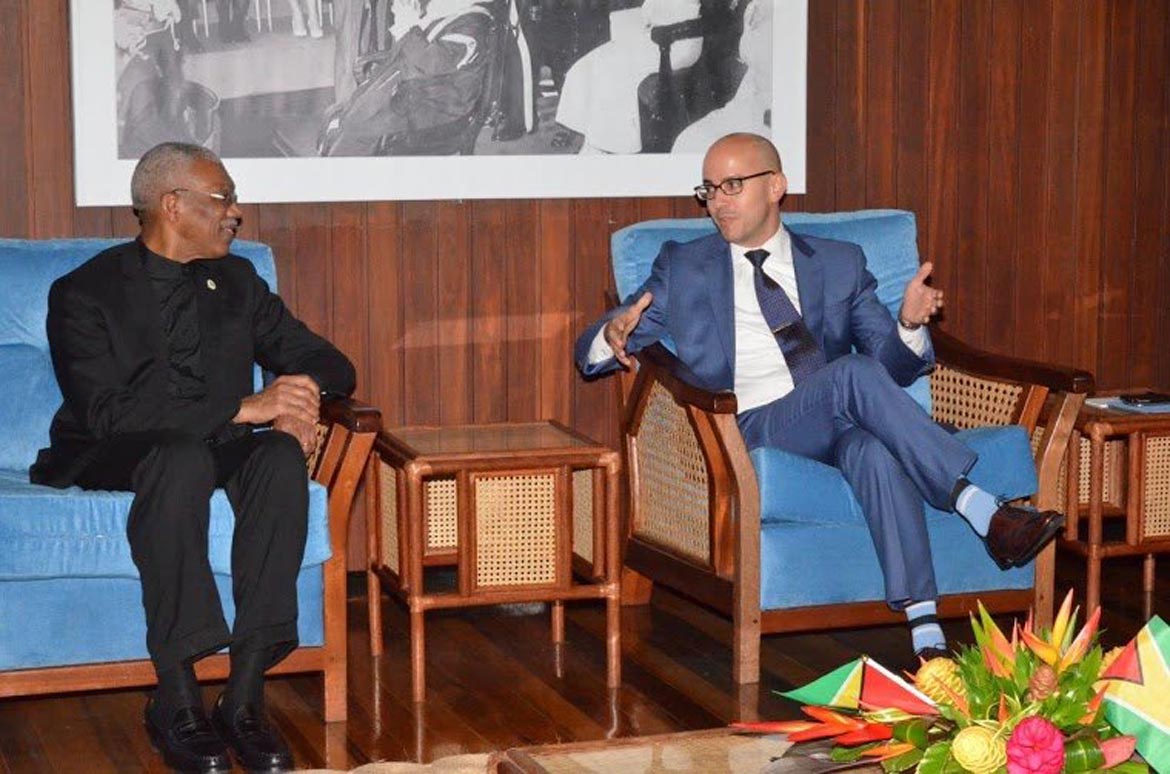 Mr. Gonzalez is in Guyana for the Golden Jubilee Anniversary of Independence Celebrations.

President David Granger shares a light moment with Mr. Juan Gonzalez, Deputy Assistant Secretary, Bureau of Western Hemisphere Affairs, US Department of State, during their meeting, today, at the Ministry of the Presidency.

In an invited comment, Mr. Gonzalez said that it was an honour to be in Guyana for the celebrations as he noted that it is a beautiful country with beautiful people, which shares cordial and friendly relations with the United States.