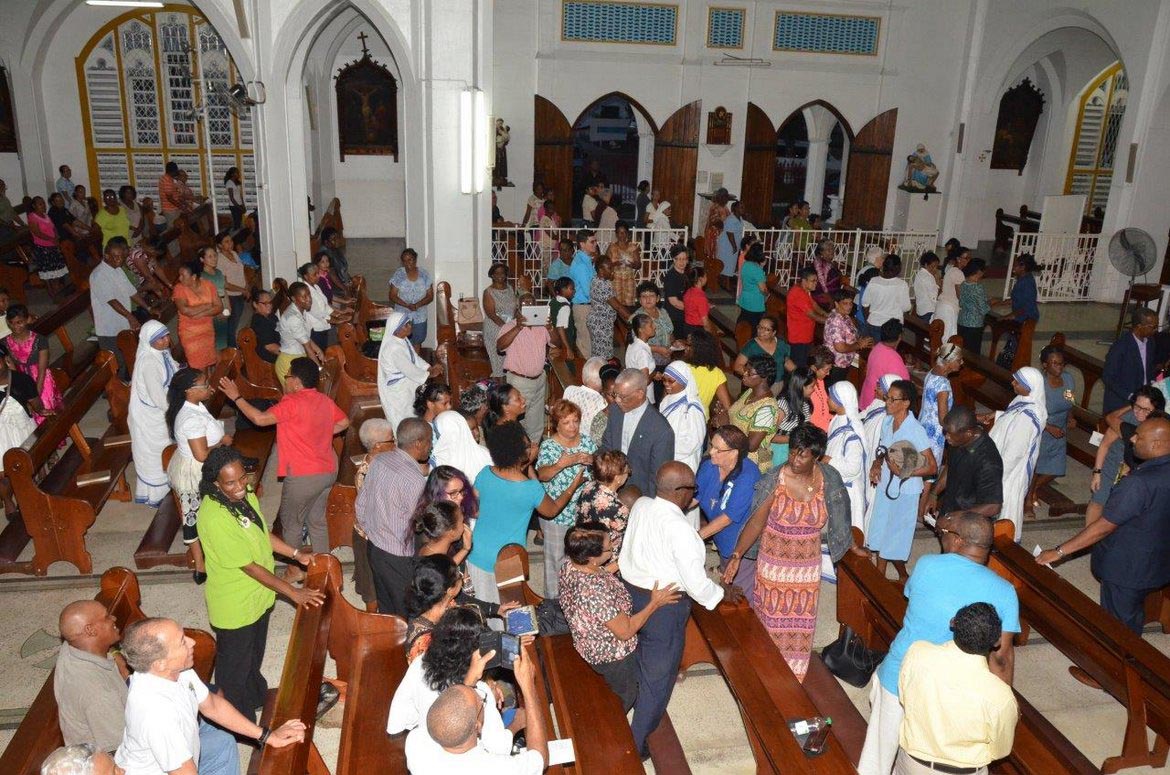 Georgetown, Guyana – (May 23, 2016) President David Granger and First Lady, Mrs. Sandra Granger, this afternoon, attended a Mass for Guyana’s 50th Independence Anniversary at the Cathedral of the Immaculate Conception, Brickdam.

The Mass was led by Head of the Catholic Church in Guyana, Bishop Francis Alleyne, O.S.B. The President participated in the recitation of prayers and singing of hymns in celebration and acknowledgement of God’s grace on Guyana over the past 50 years.

The Catholic Diocese is also celebrating its Diamond Anniversary or 60 years of existence in Guyana.

Congregants rush to greet President David Granger at the end of the Mass. 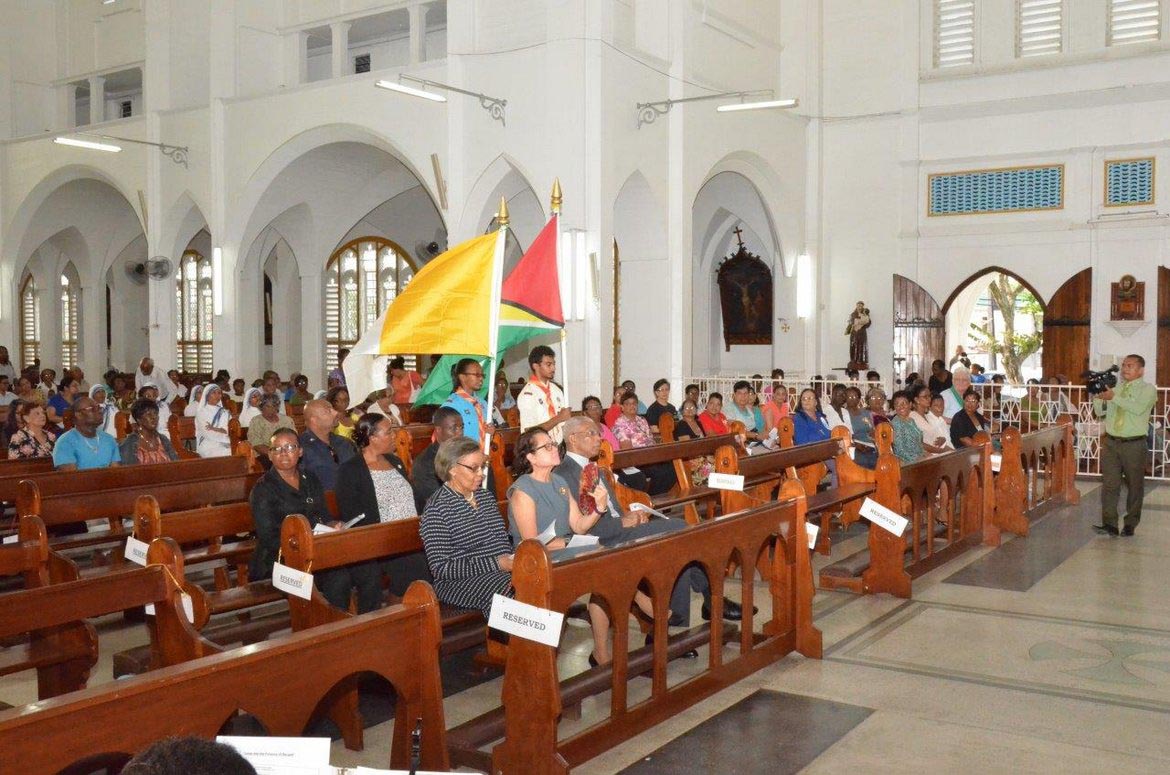 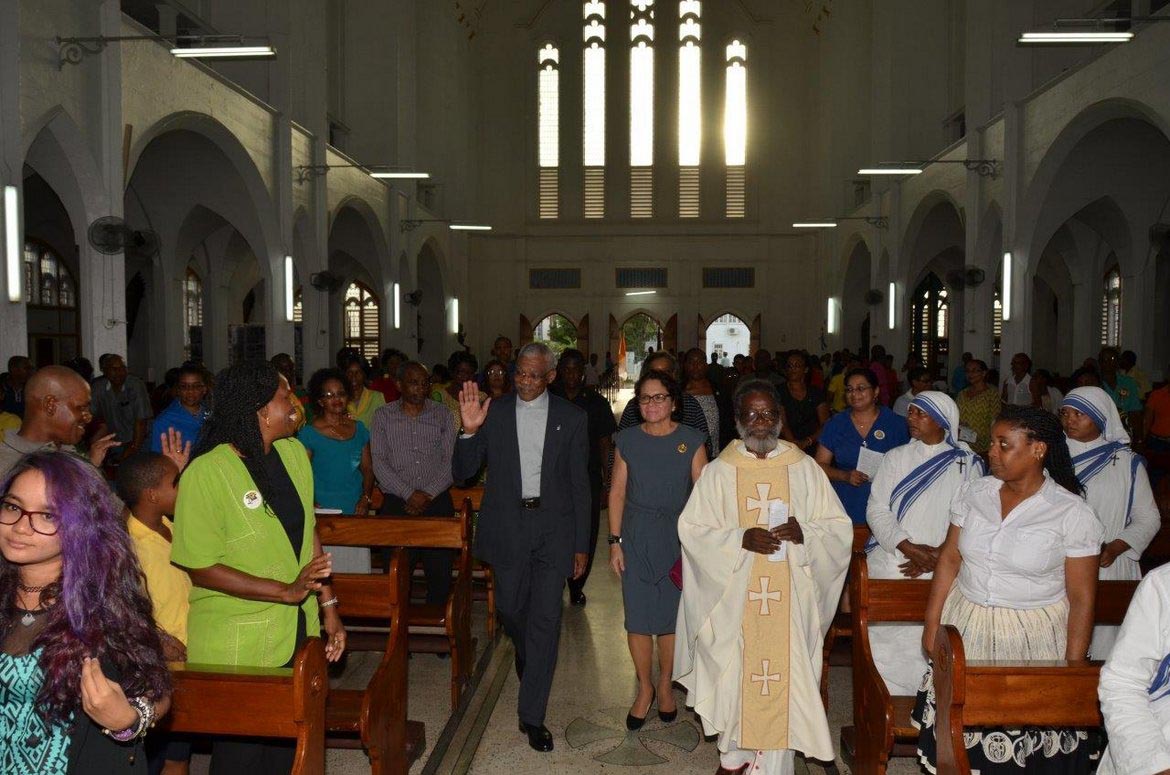 President David Granger and First Lady, Mrs. Sandra Granger are escorted into the cathedral at the start of the Mass.