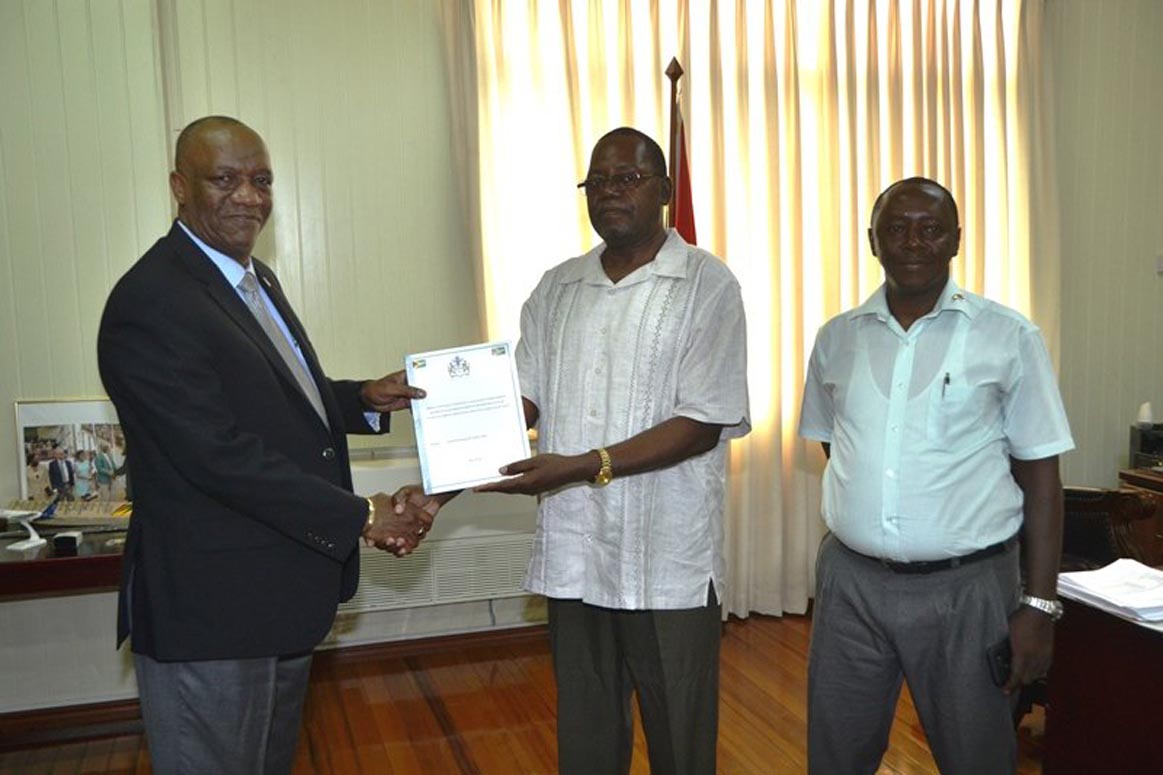 Georgetown, Guyana – (May 24, 2016) Minister of State, Mr. Joseph Harmon, today, received the Report from the Board of Inquiry, which was established to probe allegations of wrongdoing at the Guyana Oil Company Limited (GUYOIL).

The Report was handed over by Chairman of the Board Mr. Winston Cosbert.

President David Granger had mandated that the Board of Inquiry investigate allegations of criminality, malpractice and mismanagement in the purchase of in the acquisition of fuel by GUYOIL and the Guyana Energy Agency (GEA) from November 10, 2015 to March 19, 2016.

Minister Harmon, in accepting the Report, said that it will assist the administration in determining what course of action should be taken going forward. He has committed to presenting the Report to Cabinet so that the Government can be informed of its findings and determine whether corrective measures need to be taken.

The Board was also comprised Mr. Julius Wright and Mr. Edgar Thomas.

Minister of State, Mr. Joseph Harmon receives the Report into the inquiry of Guyana Oil Company Limited from Chairman of the Board of Inquiry, Mr. Winston Cosbert, while Mr. Julius Wright looks on.