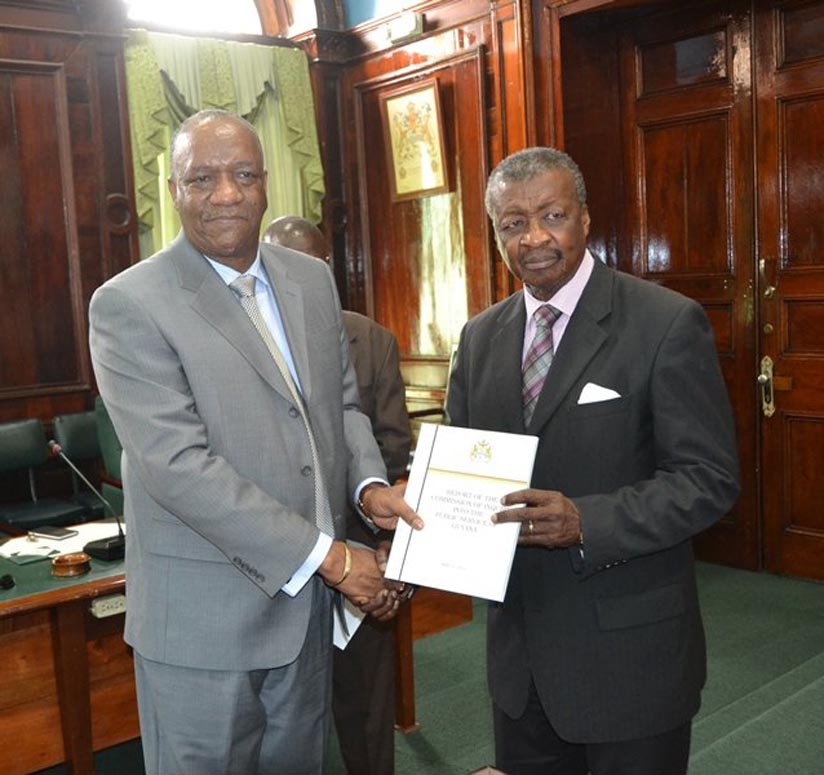 The report was handed over to President David Granger last Friday by members of the Commission: Professor Harold Lutchman, Ms. Sandra Jones and Mr. Samuel Goolsarran. It was laid before Cabinet yesterday and is now expected to be the subject of deliberations by that body. Cabinet will consider the recommendations put forward by the Commission.

Copies of the report will also be delivered to the heads of the Guyana Public Service Union (GPSU), the Guyana Trades Union Congress (GTUC) and the Federation of Independent Trade Unions of Guyana (FITUG).

The Government is working to retool and professionalise the public service in Guyana to ensure that it caters to the needs of citizens in a more efficient manner. In this regard, the construction of a college is in the pipeline. Minister Harmon informed that already persons are being interviewed for placements at the college and the staff has been identified. The intended campus site is at Ogle, East Coast Demerara.

Transcript of the address by Brigadier David Granger, President of the Cooperative Republic of Guyana, on the occasion of National Day of Prayer in observance of the first Social Cohesion Day, held at D’urban Park 10th May, 2016