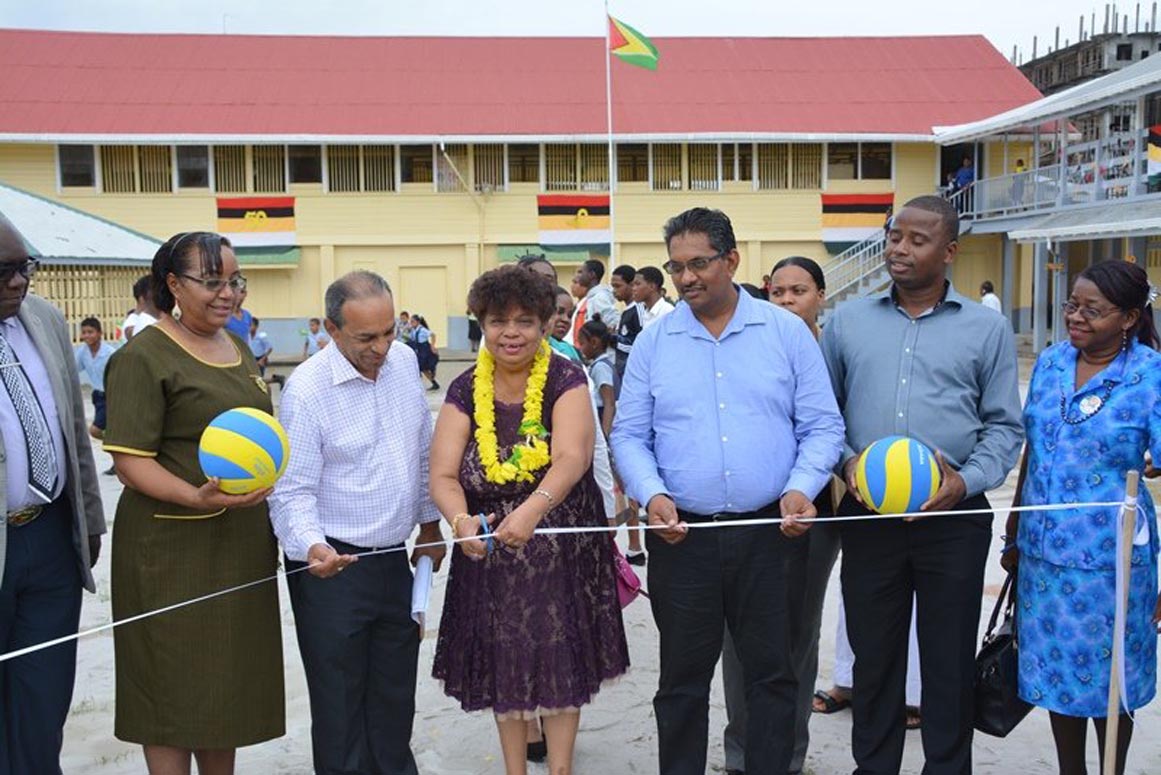 The volleyball initiative was a collaborative effort among the Ministry of Social Cohesion, Mr. Komal Samaroo of Gaico Construction and General Services Incorporated, who donated the technical help and expertise and Mr. Edward Boyer of the National Hardware Limited, who donated all of the building material.

Minister Ally, a former Head Teacher at the Campbellville school, in her remarks before the commissioning, said that a decision was taken to construct the volleyball court since she believes that like academics, sport also has an important role to play in students’ development.

“Volleyball should be viewed as a sport activity with an educational purpose… fostering team work and teaching the importance of developing a strong body and healthy mind. I would hope that this volleyball court will help students to achieve common goals. Sport has become important for the all-round development of students. These activities not only keep bodies fit but helps to build character, developing resilience and teamwork. It teaches trust, responsibility and dealing with successes and failure,” Minister Ally said.

As a former Headmistress of the school, Minister Ally acknowledged that there has always been a soft spot in her heart for the Redeemer Primary. She noted that during her tenure as Head teacher, she had wanted nothing more than to see the continuous development of the school in every aspect; academics, sports and an efficient staff and that is what has driven her to make such a contribution.

“I have contributed to several projects; the play area, the reading room to support the Literacy project, the purchase of a Public Address system, the construction of a benab for children to have their meals, the planting of trees and today I have kept my promise with the delivery of this volleyball court,” she said.

Meanwhile, District Education Officer, Mr. Adrian Elgin said that he was pleased that the school was benefiting from such a facility. 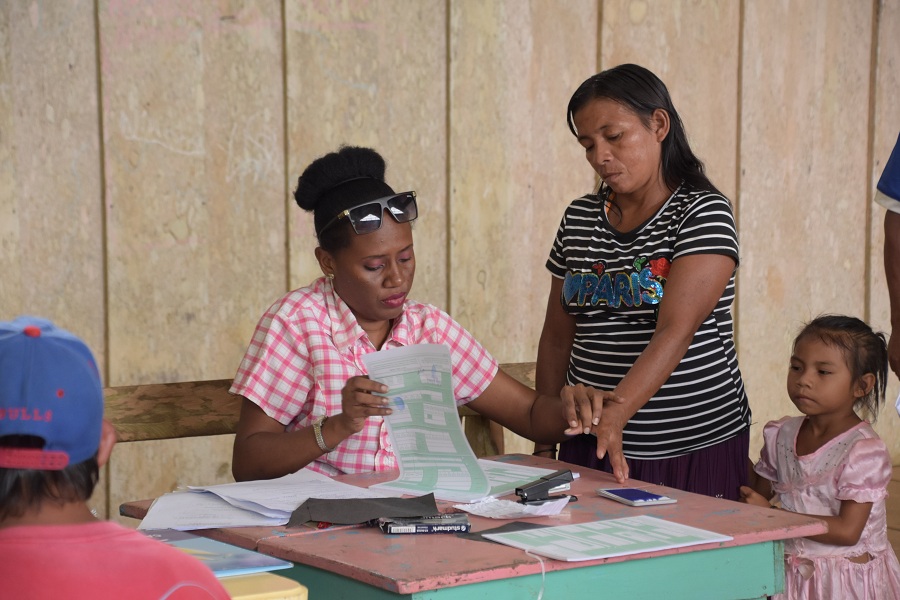 “That volleyball court is very much needed as a library or the computer lab. It is undeniable that school life is the most suitable time to learn to participate in game and sports because school provides the environment which encourages this. Children learn how to develop… team spirit, how to lead, how to work together. These virtues are learnt through sport not books. Education is important; however, education without sport is incomplete,” he said.

Headmistress of the school, Ms. Gwendoline Lewis, expressed thanks and appreciation for the gift; noting that it will go a long way towards the students’ development.

“We say thanks for a job well done. I want to thank Ms. Amna Ally, who birthed this vision. Targets set by her must be achieved in a timely manner and this project was no different. Knowing her, she is a woman who stands by her word. She always thinks of the welfare of others. I do promise you that we will make full use of it and it will be used for multiple purposes,” Ms. Lewis said.

’Our diversity is an asset, not a liability’, President says at National Day of Prayer in observance of first Social Cohesion Day