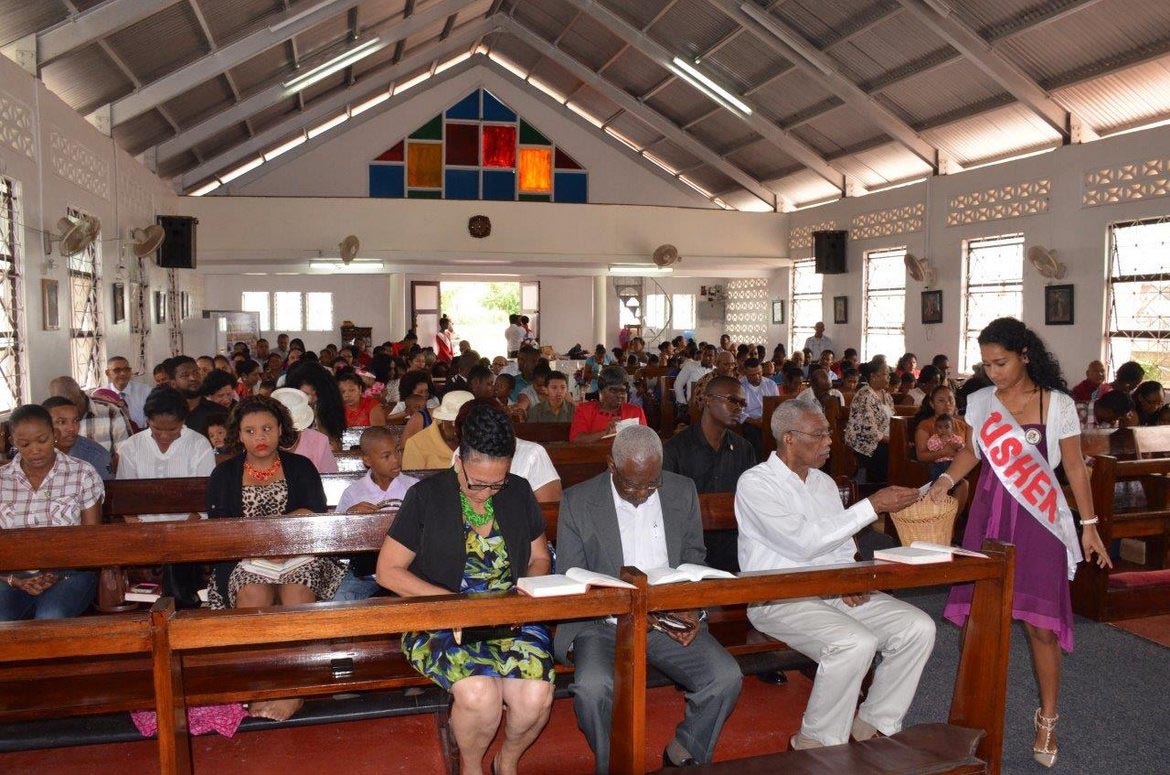 Georgetown, Guyana – (May 9, 2016) President David Granger, on Mother’s Day handed over a $100,000 donation to the St. John the Baptist Anglican Church in Bartica, Cuyuni-Mazaruni, on behalf of the Ministry of the Presidency, to be used as ‘seed money’ for bursary awards for children, who are successful at the recently sat National Grade Six Examination (NGSE). This donation was handed over to Canon Alfred David, who along with the members of the rectory of the church will determine the criteria for distribution.

President Granger said that once arrangements are in place, further financial support will be provided for an on-going bursary programme. He added that his Government continues to emphasise the importance of ensuring that every child attends school. He said that even as mothers are celebrated it is important that the future of the next generation is secured.

Wishing all mother’s a happy Mother’s Day, the President emphasised the importance of respecting the role they play in society. “Motherhood is one of the most important aspects of our society and it is something that deserves respect; respect by young men, respect by husbands and fathers and respect by the girls themselves. They must respect themselves. It is an institution that we must preserve at all costs, because if motherhood is damaged in any way, that damage will be visible in our children for generations to come”, he said.

The Head of State, however, cautioned against early pregnancy. “The church must play a part in ensuring that young men allow the young women to complete their education before forcing them into premature motherhood. I’ve been in the hospital; I’ve been in the maternity wards and I have seen some young mothers from the hinterland. Their bodies are not ready for childbearing”, he said.

A Green St. John the Baptist

President Granger also used the opportunity to call on St. John the Baptist to take the lead in the promotion of renewable energy generation. He said that within a years’ time he would like to see the church building being powered by some form of renewable energy.

He said, “Let us celebrate Bartica becoming a town, but at the same time, St. John… must lead the way to show what the mandirs and the masjids and the other office buildings in this town could be. All Green; all powered by renewable energy; every stove, every refrigerator, every air conditioning unit, every lamp, every computer can be powered by renewable energy and St. John the Baptist.” 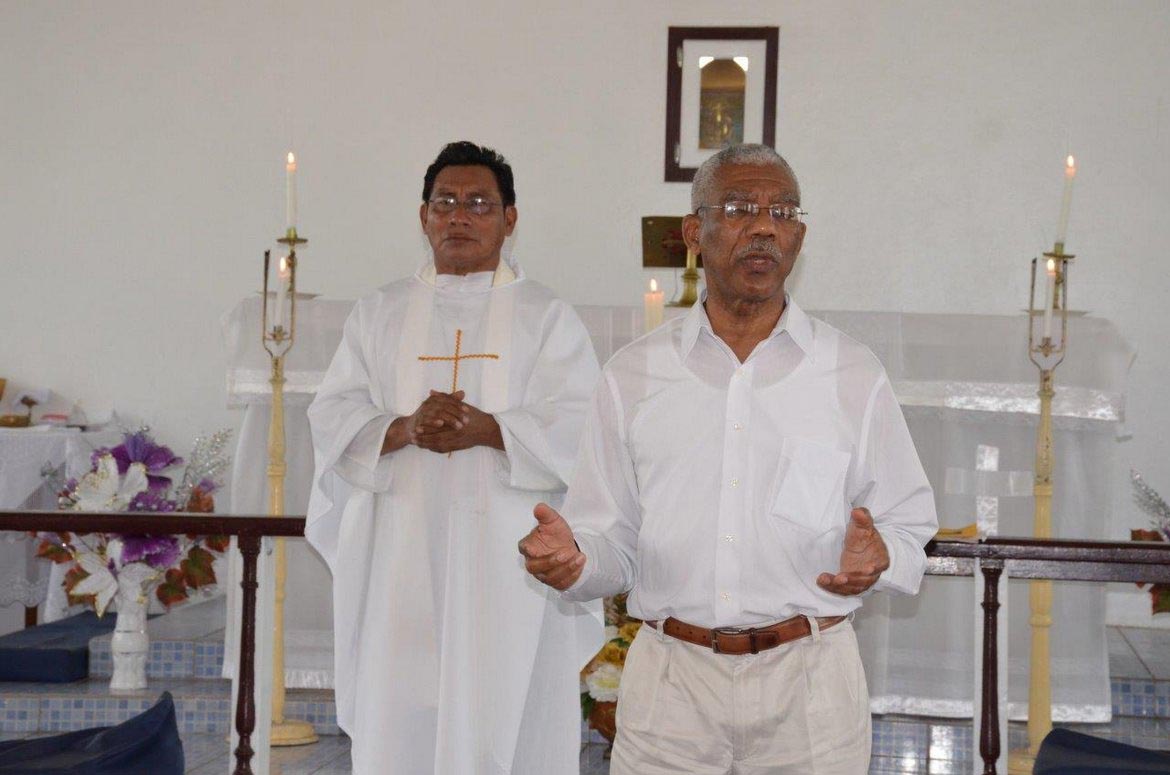 The President also called on church members to celebrate Guyana’s 50th anniversary in the same way they celebrated their township status and urged them to support the work of Town Council. “Let us work towards, not only supporting the new Mayor, Deputy Mayor and Municipality, but making Bartica a genuinely green town. Plant trees all over this parish, all over the premises here, through your avenues, through your streets and around your playgrounds”, he urged.