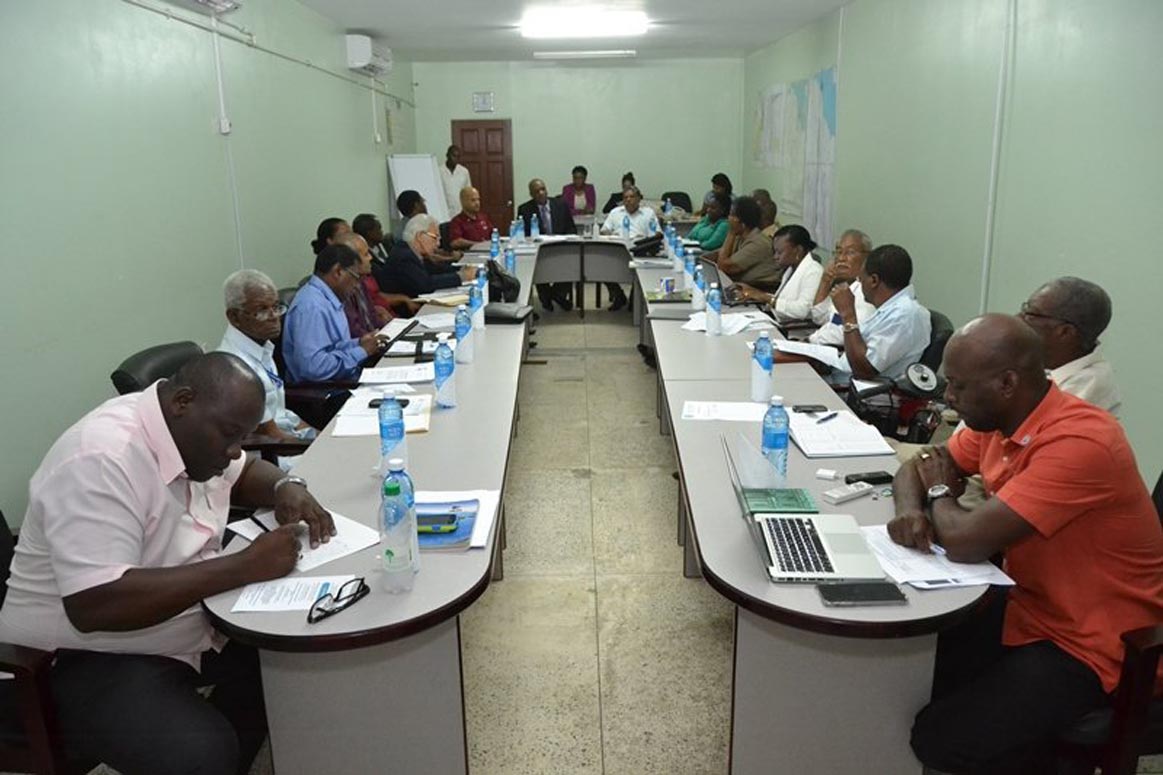 Georgetown, Guyana – (May 6, 2016) Minister of State, Mr. Joseph Harmon, today, reactivated the National Disaster Risk Reduction Coordination Platform (NDRRCP), which has only operated intermittently for a number of years, at a meeting held at the headquarters of the Civil Defence Commission (CDC).

Minister Harmon, within whose purview responsibility for disaster risk reduction falls, said that the Government took a decision to reactivate the NDRRCP as it remains committed to reducing the adverse effects of climate change.

“The President has said… that he needs a better coordinating policy… We needed to activate every mechanism on the CDC and within the national framework to focus on risk reduction and climate change and the other issues that deal with the environment. Several mechanisms, which are activated under the law, but [were] never activated previously, [are being activated],” Minister Harmon said.

The Minister said he expects that with the re-establishment of this Platform, which involves a number of stakeholders, ideas about what must be done as a Government to address climate change and its impacts will be forthcoming.

Minister of State, Mr. Joseph Harmon, who has oversight of the Civil Defence Commission and national disasters risk management, with representatives from the various agencies,and stakeholders at the CDC’s headquarters, earlier today.

“What we are doing here today is work that serves the interest of the nation. That [aside], we are also satisfying international obligations, which we have under various treaties and various agreements, which we have with international bodies. Previously, the work of a commission like this would have been to deal with disasters after they occur. But the entire gamut has changed from post disaster arrangements to preparing for disasters or trying to prevent these disasters, and so the risk reduction platform is meant to assess our preparedness for disaster and to ensure that we can put things in place in that the event they do occur. ,” he said.

Minister Harmon said too that the Platform must now focus more on oversight of what has to happen on the ground.

“This is an oversight facility. This is one key ingredient that was missing in the previous arrangement. We lost grants because we did not have this oversight body and these resources are vital to us as a nation. Every region would have issues that relates not only to climate change, but the environment and every region has to be seen as regional concerns, which would have to be addressed. It can be done if this Platform is properly functioning,” the Minister said.

The Platform will continue to work and every agency will be mandated to provide updates to all members as the need arises or as the situation dictates.

Meanwhile, Colonel Ramsarup, who had previously served as the acting Chairman of the Platform, said that the last meeting was held in December 2014. He noted that the Platform was discontinued mainly because “we were not achieving the results that we had expected; the reason being that this Platform is supposed to be chaired by the National Disaster Coordinator, [a title held by Former Cabinet Secretary and Head of the Presidential Secretariat, Dr. Roger Luncheon, under the previous administration], but then it was delegated to me as Head of the CDC.”.

Colonel Ramsarup said that he is pleased that the Minister of State has assumed the responsibility and is showing commitment to ensuring that the Platform is up and running as it should be.

“I am happy that [the] Minister will be the chairman of this Platform so that we can have representation at the relevant levels. We were bypassed for some grants because we did not have a National Disaster Risk Reduction Coordination Platform strategy,” he said.