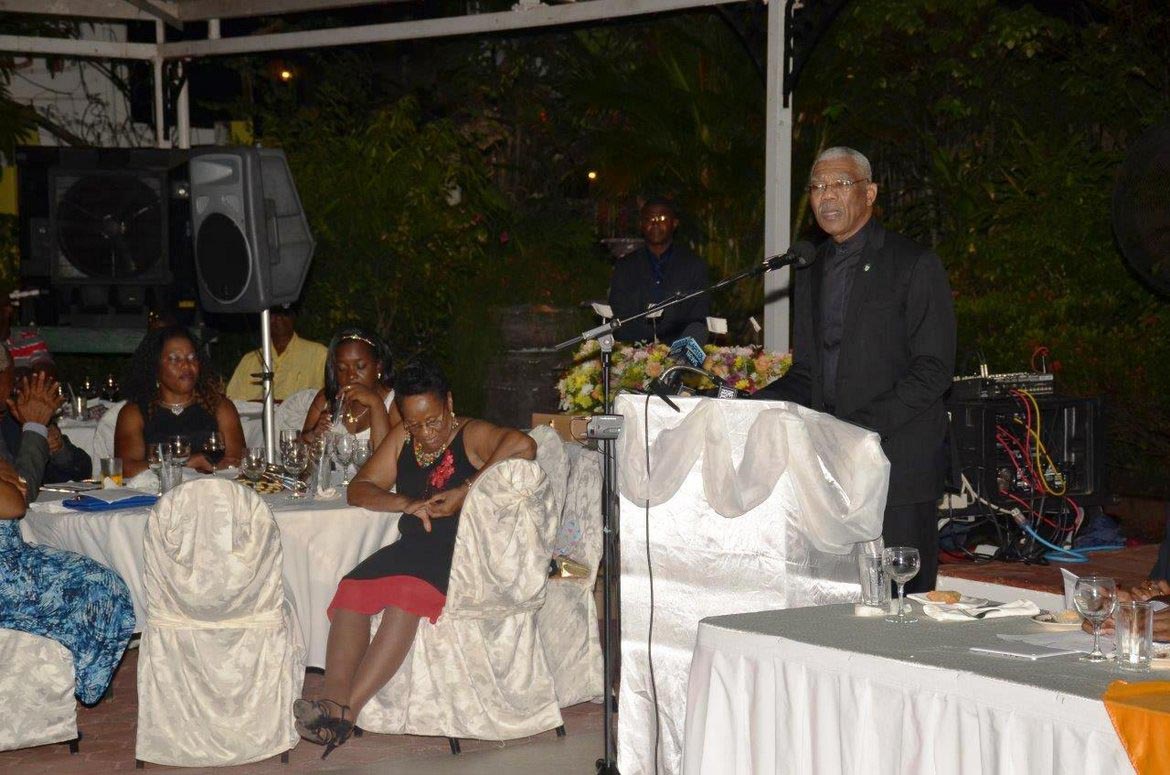 Georgetown, Guyana – (April 30, 2016) President David Granger, last evening, called for new sporting initiatives and greater emphasis on the development of sporting facilities within the 10 Administrative Regions in order to bring about a new wave of sportsmen and women and renewed passion and enthusiasm for sports in Guyana.

The Head of State was at the time delivering feature address at the Guyana Olympic Association’s (GOA) Appreciation and Awards Dinner, held at the Georgetown Club, where a number of individuals and organisations were awarded for their contribution to the development of sport during the course of 2015.

The President said that sport has an exciting future in Guyana and made reference to the Upper Mazaruni District Games, which is organised annually by the residents of Indigenous communities in Region Seven as a model of a sports tournament is worthy of emulating across the country.

He said that sport is a discipline that has value for all of Guyana and is a source of recreation and entertainment that contributes significantly to physical health and well-being. More than that, he said, sport brings people together and breaks down barriers and divisions.

President Granger spoke of the ‘elitist’ history that sport in Guyana has, where class and race once determined people’s participation in certain sporting activities and whether or not they were allowed entry into certain clubs. He explained that in the 20th century, the elitist model was replaced by the ‘populist’ model, which allowed the rich and poor from rural and urban areas alike to play sports on the basis of merit and performance.

President David Granger delivering the feature address at the Guyana Olympics Association’s Appreciation and Awards Dinner at the Georgetown Club.

“A ‘populist’ model of sport organisation is essential to providing the greatest number of our people with the widest range of opportunities to become champions… investment in grassroots development allowed, in the case of cricket, the Berbice estates to produce a number of world-class cricketers including Rohan Kanhai, Basil Butcher, Ivan Madray, Joe Solomon, Roy Fredericks and Alvin Kallicharran, who eventually represented the West Indies in international cricket,” President Granger said.

Apart from its potential to bring people together, sport, the President said, is a profitable sector of the economy. He said that with strong leadership, Guyana can become a sought after destination for trans-Guyana cycle competitions, marathon races, motor car rallies and many more world-class sporting events.

“We will, at the national level, allocate resources to make recreation, the arts and sports hallmarks of excellence” and a means of restoring the bond between our young people and their communities. We will accelerate the promotion of sports in schools in a wider variety of disciplines by supplementing the resources of sports associations and federations,” he said.

With this being the year of the Olympic Games in Rio de Janeiro, Brazil, the Head of State commended the work of the GOA and wished them well as they prepare to represent Guyana at important tournament.

Meanwhile, Minister within the Ministry of Education, Ms. Nicolette Henry, in her remarks, said that the Education Ministry, particularly the Department of Culture, Youth and Sport has a great working relationship with the GOA. She also spoke of the facility, which the Association is currently constructing at Turkeyen and said it is in keeping with the Ministry’s objective to ensure that young people are provided with the kind of services that they need to excel in the area of sport.

President of the GOA, Mr. K.A. Juman Yassin spoke of the need for a comprehensive sports policy, which must set clear criteria and standards athletes and sports organisations to receive funding. He said that as it is, there are a number of organisations that are struggling to secure financing for their activities. 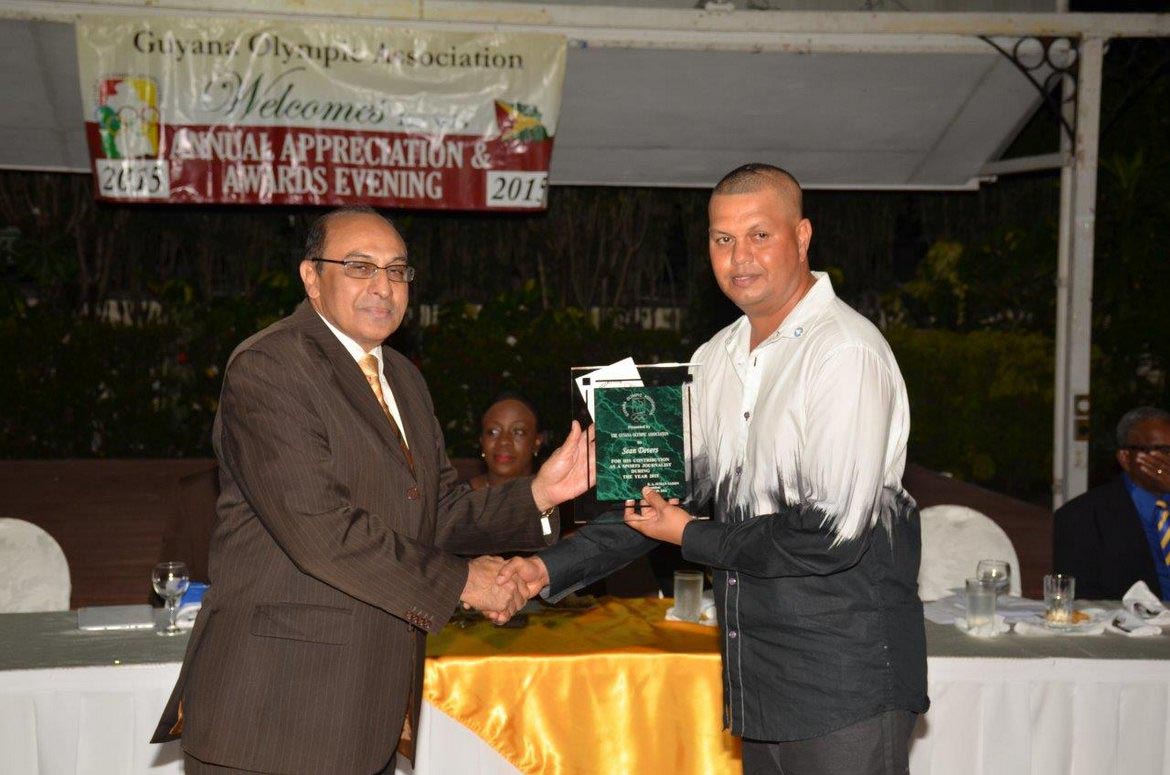 The Association has invested some US$23,000 to purchase table tennis equipment that will be handed over to the Ministry of Education for the implementation of a pilot project in schools. In May, in honour of Guyana’s Jubilee Independence celebrations, it will be launching another project which will provide nutritious meals for young athletes.

The GOA will also be conducting workshops for athletes and coaches in preparation for the Olympic Games. Additionally, the participation of all athletes, who have qualified for the upcoming games in Brazil, will be funded by the Association.