$297M in contracts approved for supply of drugs, infrastructural development 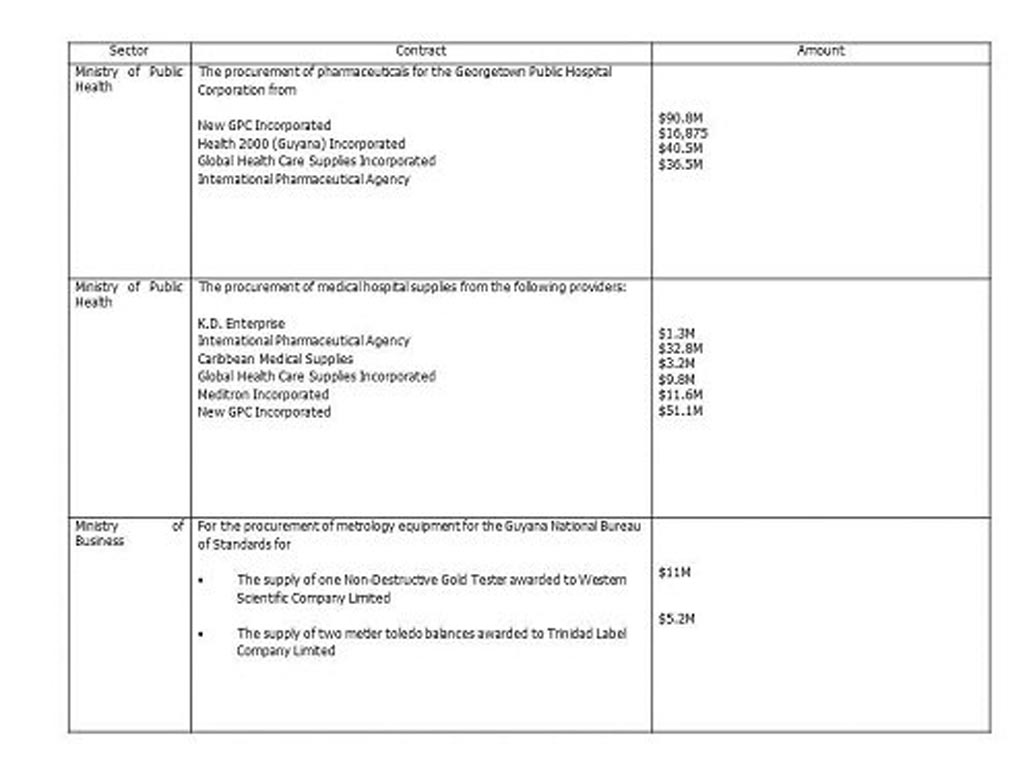 Georgetown, Guyana – (April 29, 2016) Cabinet has granted its approval for the award of contracts to the tune of $297,940,140 in the areas of health and infrastructural development.

Four agencies were awarded contracts for the supply of Tuberculosis medication for the Ministry of Public Health while a contract for the construction of Rip Rap sea defences at Orangestein, East Bank Essequibo, Essequibo Islands, West Demerara (Region Three) has been awarded to A and S General Contractors Incorporated.

Contracts were also awarded for the installation of Highway Lighting in Corentyne (Adventure Arch to Philippi (No. 31 Canal) and the Urban renewal on Carifesta Avenue, Georgetown.

Please see table below with full details of the contracts, which have been awarded. 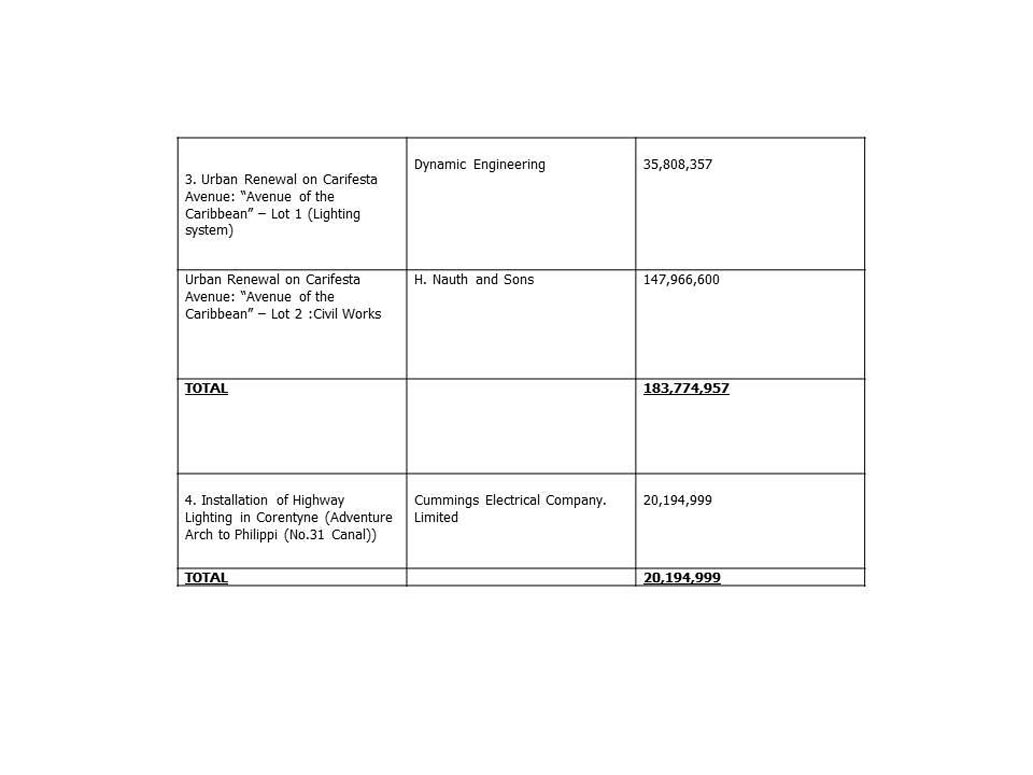