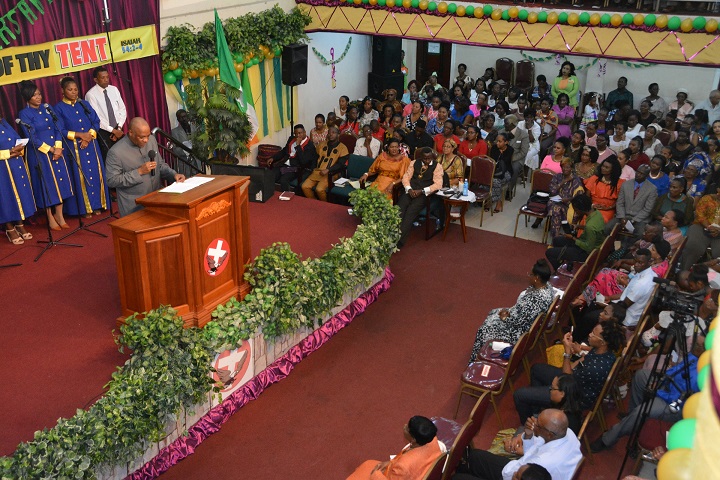 Mr. Norton said in keeping with his role as Presidential Advisor on Youth Empowerment, he has been travelling across the nation to meet with young people. His first encounter with the footballers was during one such meeting at the jetty at Vreed-en-Hoop, Essequibo Islands-West Demerara (Region Three,) where he encouraged the young people there to form a jetty youth organisation, which they have done.

Footballers of the Jetty Football Gunners Club and staffers of the Presidential Advisor on Youth Empowerment office help the team members to display the items. Mr. Ronald Austin Jr is pictured first right.

Following this, he said he contacted Regional Executive Officer, Mr. Dennis Jaikarran, who agreed to help them to restore the football ground and to provide uniforms and other gear so that they can participate in the competitions in West Demerara and further afield.

“In addition, we’ve agreed to work with them to give them youth leadership training and to develop other programmes in the area so this is really the beginning of an engagement with a number of activities, which we are involved in,” Mr. Norton said.

Mr. Norton said this project has its genesis in meeting the mandate set out by President David Granger to create, and facilitate, opportunities for youth empowerment by providing support, training and other forms of guidance. 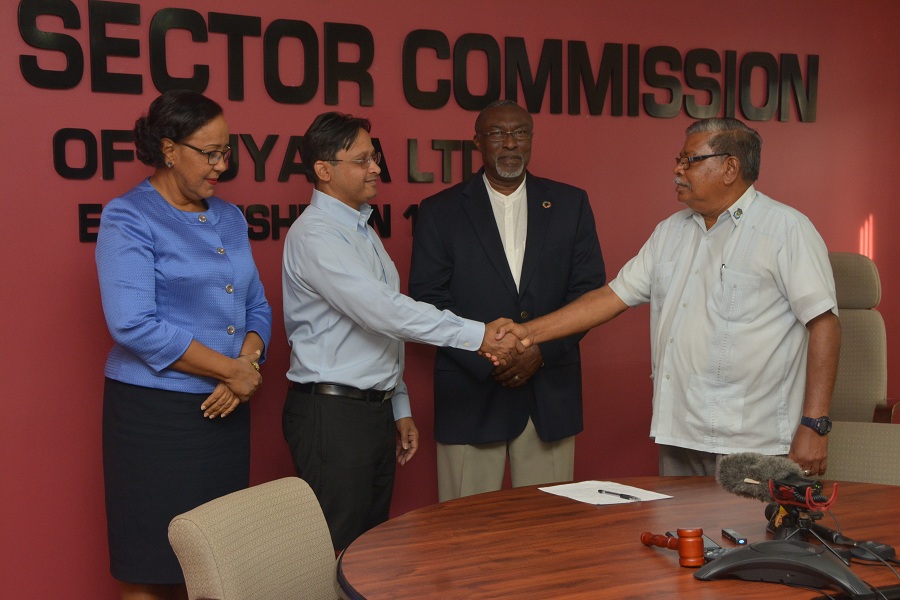