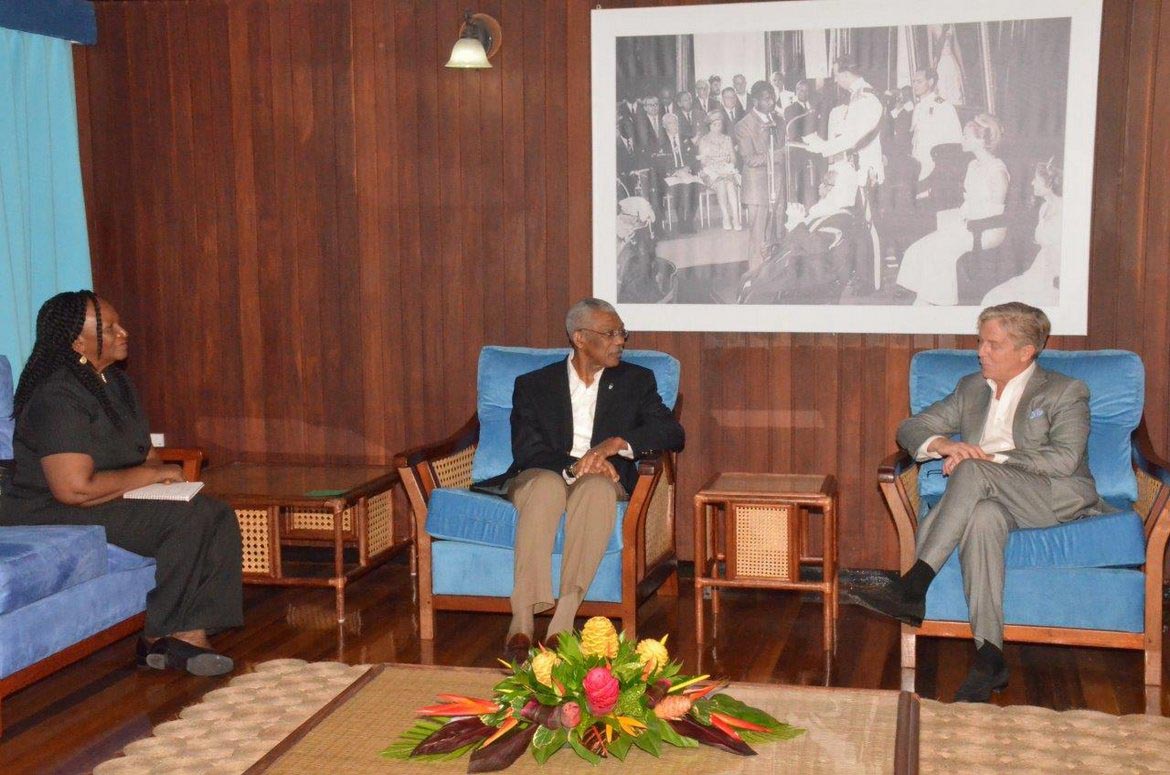 During their discussions, Mr. Sheridan updated the Head of State on the operations at the Aurora Gold Mine in the Cuyuni River, Region Seven. The company just declared a commercial production of 40,000 tonnes for the first quarter of the year. “We are projected to produce between 130,000 and 150,000 ounces this year,” the Chairman said.

In a brief comment after the meeting, Mr. Sheridan said that while they are still in the process of optimising operations at Aurora, they are very much engaged in exploration throughout the Cuyuni Region and entering into joint ventures with local miners wherever possible.

Guyana Goldfields was awarded the mining lease from the Government of Guyana in November 2011. Total gold production at the Aurora Mine is estimated to be 3.29 million ounces over its 17-year mine life.